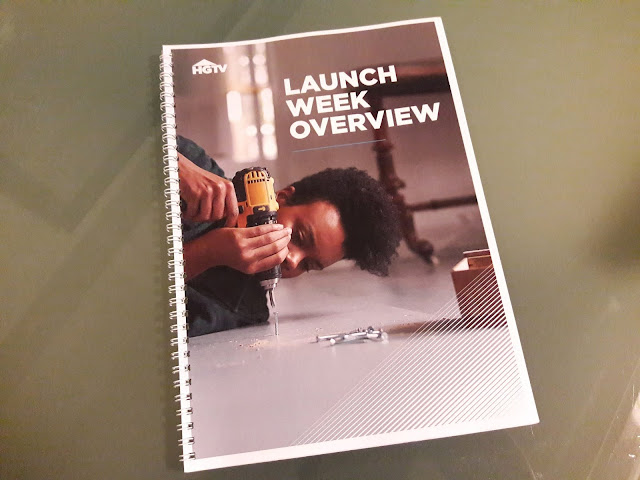 Discovery Inc. for the Middle East and Africa (EMEA) region worked incredibly hard to make a great impression and to create a splash for the launch of its new HGTV (DStv 177) channel in South Africa on MultiChoice's DStv satellite pay-TV service.

It did so in the form of a 3-day press tour - even flying some media from the Middle East to Cape Town, South Africa - for what turned out to be the biggest, most comprehensive and elaborate media launch for a single TV channel in South Africa in literally years.

Discovery Inc. and HGTV wanted to make a statement and announce the channel's arrival and it made a statement.

Even if Discovery Inc. only held the utterly astounding cocktail party that it did inside a Clifton mansion as the official HGTV media launch for the channel, it would already have been totally supremo. It's all that Netflix South Africa for instance ever did for its arrival.

Just the HGTV cocktail party alone - although it just served as an introduction - already served to set an excellent tone and create a perfect impression for what HGTV is and the qualities that Discovery Inc. and HGTV embodies. It was beautiful.

It was already more than what happens or is done for several TV channels in South Africa that launch without any fanfare, media event, or attention (take for instance this year Newzroom Afrika with neither the channel nor MultiChoice that bothered to do anything).

Instead, Discovery Inc. stretched HGTV's media launch over 3 days, flew in talent and high-ranking executives from the United States, Dubai and Amsterdam and made a "house party" of it.

Only if you've ever attended a similar type of event for TV in America, would you realise that the HGTV media launch was "American level" and on par and even succeeding in some aspects how American broadcasters and TV studios and channels launch some shows and channels, and do studio series press junkets.

The HGTV media launch in totality was absolutely excellent and the few mistakes and things that I personally didn't really like, far pale in comparison to the overall great and positive impression it made on me and every other journalist I spoke to.

A few thoughts: Discovery Inc. flew media from the Middle East to South Africa. Will South African press ever get access to Discovery's upfront in America or be there when Discovery does things elsewhere in the world?

Somebody who I won't mention said in a short speech "The Home Channel" meaning HGTV. The Home Channel on DStv is actually HGTV's direct competitor and I thought it was odd that people were not briefed beforehand to specifically not try to "say out loud" HGTV as "the home and garden channel" or "the home channel". Luckily it only happened once.

Donovan Goliath as the MC and moderator on Day 2 of the official media launch wasn't bad-bad, but he wasn't good. He didn't prepare, he got names wrong, and his interaction and session with the Flip or Flop star Tarek El Moussa was awkward and borderline cringe-worthy. His questions were bad and pandering, so the content he generated from some people was a waste of time.

Like a magician at the circus Donovan Goliath also called journalists to the stage. It was the 3rd time in 20 years that I've experienced that and it's something that the media loathe. They don't want to be the show or be forced to help create the entertainment.

The press is there to observe and listen, not to be part of an act. When a screen with a typo for instance flashed, Donovan Goliath said "Turnbill" instead of Turnbull. Did he not go over and wasn't he briefed beforehand who he would be introducing and talking to or studied their names even a little?

The events organising company Show Works was absolutely astounding in the creativity, conceptualisation and execution of basically everything as far as look and spacing and interaction were concerned.

Everything looked incredible and had that Disney-level "wow"-factor ("O, look at that! O look at that!"). I noticed the incredible attention to detail in many, many things and the overall setup.

The most impressive single thing for me over the 3 days was the stage lighting at the Waterfront Studios on Day 2. Utter perfection in scene and atmosphere creation. 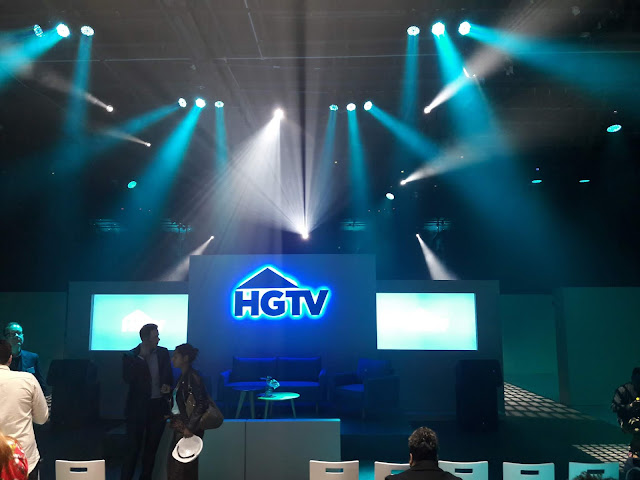 Personally, I least liked the wine blending exercise in the extremely cold, damp cellar of Grand Provence. It was difficult to enjoy due to the uncomfortable cold. It was very difficult to hear anything and it felt like sitting at a bus stop when it rains and you look every 5 minutes to see if you don't see the glimmer of a bus.

Doing this in the middle of winter in a wine cellar in extremely cold, didn't really fit.

There was oddly no HGTV channel schedule (it took days to get one emailed), nor a hard copy or USB with publicity material like photos and programming and show synopses on it for the media.

Even some screeners on disk or digital screeners of HGTV shows would have worked well, considering that the media launch stretched over 3 days and journalists would have had time to watch things in their own time.

The Discovery Inc. executives were all absolutely amazing. They were personable, approachable and took time to talk to the media and journalists when no red recording lights were flashing on cameras and phones.

Yet they were also very forthcoming, expressive and detailed during official interviews - and actually sat with media during lunches and dinners. They were very open, wonderful conversationalists and made genuine effort to get to know and to connect with the press.

Something that wasn't done so well was the period leading up to Day 2's afternoon HGTV press conference that felt disorganised, tiring, confusing and frustrating.

I was told to wait in a particular room and obediently did so. Then suddenly we were told to leave because "it's for corporate", only to go outside and wait in another area. Then I was instructed to go back, again to leave, and then sternly summoned to go back "immediately" - to the very original room where we were seated and waited originally. Confusing.

After waiting and just before interviewing TV talent Tarek El Moussa it was weird being told, "please no personal questions".

Firstly, journalists won't ask personal questions anyway - unless tabloid press were invited, and secondly, maybe people should make that clear not in the seconds before an interview when journalists already had taken time to prepare, research and write down questions and might not have other questions if they're suddenly told they can't ask certain things.

The Day 2 HGTV rooftop gala dinner at the Zeitz Museum was incredibly beautiful and wonderful and showed off the splendour of Cape Town at night.

It was also hugely appreciated that Discovery Inc. during the 3-day media launch actually showed the media the programming in terms of sizzle reels and edited episodes of shows as part of a screening session.

It's television - and HGTV showed its product and wonderfully so - which is something that a lot of TV channels doing launches forget or don't keep in mind.

The amount of effort, energy, money, intent, preparation, arrangements and logistics that Discovery Inc. and the South African PR and event teams working with Discovery put into the HGTV media launch was self-evident, enormous and astounding because it was a big machine with surely a lot of different, constantly moving parts.

I miss when Discovery Networks used to do annual upfront events in Johannesburg, South Africa for the press and advertisers about the upcoming programming on its various channels and gave a longer overview of what's coming.

Only BBC Studios Africa and M-Net have filled the void somewhat when it comes to upfront presentations but Discovery used to rule the roost with how they did it, the content Discovery spoke about and how far in advance Discovery would highlight programming across its channels portfolio.

The HGTV media launch was just so exceptionally excellent that I instinctively had thoughts several times during the 3 days thinking back to when Discovery's upfront was far and away "the best in town". HGTV's unrivalled launch was exactly back to that level and more (and so well done), again.

It was hard work but also hugely gratifying to get to cover HGTV's media launch and press tour as a journalist and TV critic.

It was wonderful to see and experience it all and to be immersed in it, and to be able to report on it - whether for viewers who care about every small detail, or for people working within the TV industry who want to know all they can about it.