HGTV DStv channel launch Day 2: Discovery Inc.'s Africa boss Amanda Turnbull says new channel HGTV on DStv is about real people but also aspirational, 'which is why we fought really hard to have it on Compact as well so more people can see it'. 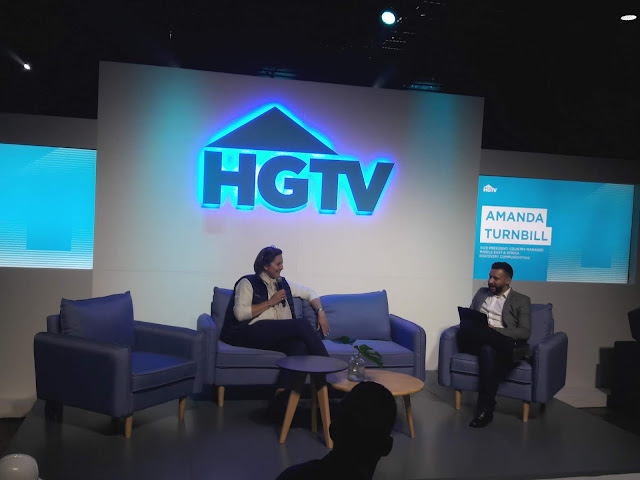 Discovery Inc.'s new HGTV (DStv 177) channel on MultiChoice's DStv would originally only have been available on the most expensive DStv Premium package but because the channel is about real people entertainment but also incorporates an aspirational element, Discovery Inc. executives negotiated hard with MultiChoice to make HGTV available on some of its lower-tiered packages as well.

Discovery Inc.'s Africa boss, Amanda Turnbull, who is the vice president and general manager at Discovery Inc. for the Africa and Middle East region, flew to South Africa from Dubai for the South African media launch event of the HGTV channel, where she addressed the press during the official presentation.

Amanda Turnbull said "What we try to do at Discovery Inc. is this concept of real-life entertainment but with HGTV it's a bit of aspiration as well. That's why we're so glad that we're in the DStv Compact tier and above".

"Originally HGTV was only going to be a DStv Premium channel and we fought really hard ... we discussed ... to have it in DStv Compact so that more people can see it."

"It's not really about how much money you have. It's about your eye, and your pride and what you want to do to your home. So HGTV is here and we hope that we will inspire and entertain at the same time."

"Aletta Alberts, MultiChoice's head of content and strategy, has been a true champion of HGTV and I genuinely feel that without her internal championing we wouldn't be in this position today, so I really just want to say a heartfelt thank you to her," said Amanda Turnbull.