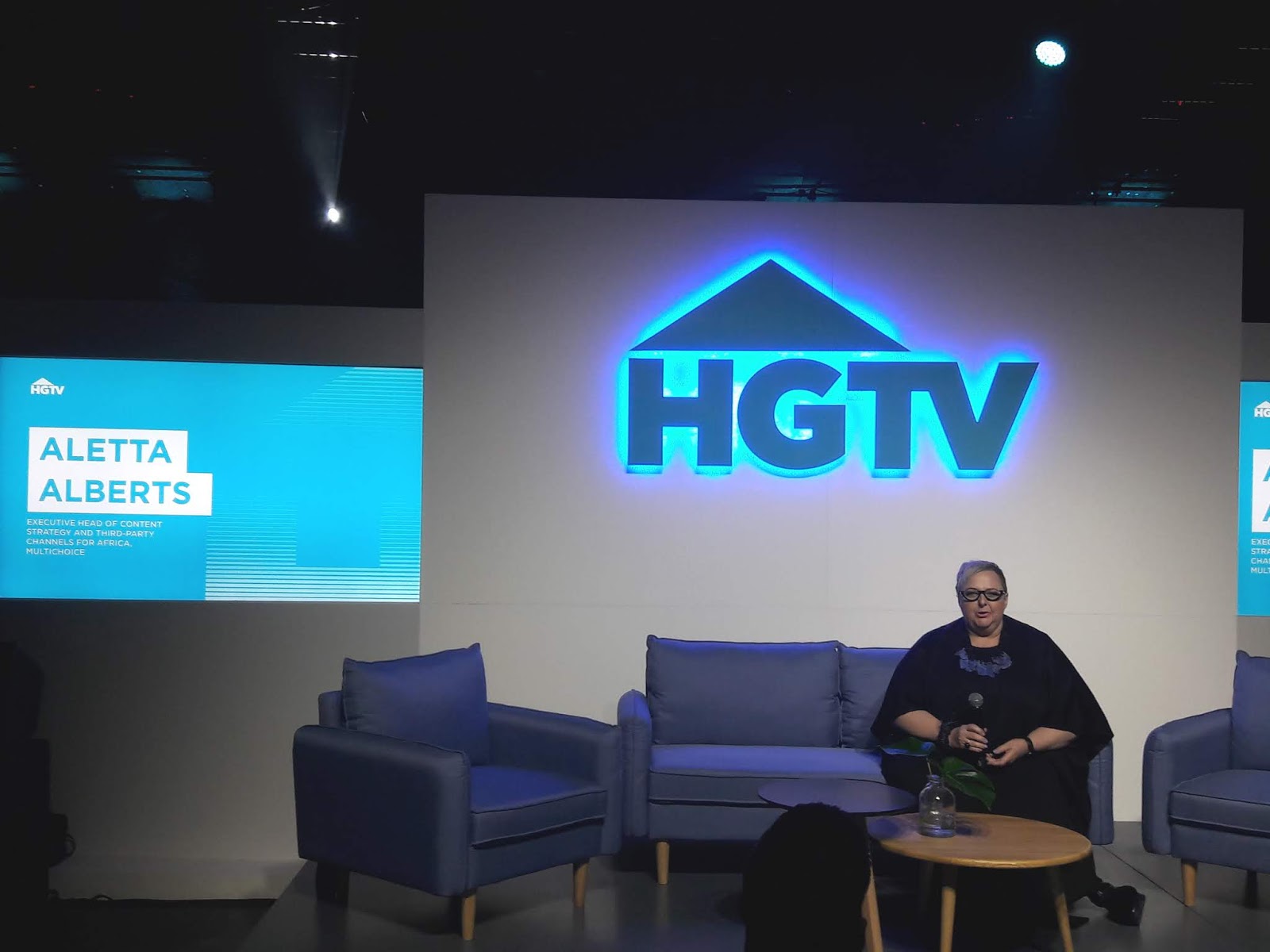 Aletta Alberts flew to Cape Town, South Africa, for the official South African media launch event of the HGTV channel, where she addressed the press during the official presentation. She also did a press conference session with the media later during the afternoon.

"I think HGTV is just going to go from strength to strength. We're so happy to welcome HGTV on DStv," said Aletta Alberts during the official presentation.

"When we go and do - we are like this horrible people, we do 'channel reviews' for those of you who don't know, a 'horror of horror' for everybody - but it's actually just a good way of making channels even better, bringing the repeat rates down; and we're very happy that there's so much new content on HGTV," joked Aletta Alberts.

"Having said all of that, you know that at DStv our big aim in life is to be the most-loved, number one African storyteller on the continent while we still bring the best home. I think HGTV is an absolute example of that."

"HGTV is the number one pay-TV channel in the United States and I've got no doubt that HGTV will within weeks be the number one channel on our platform - not only I think in the lifestyle channels section but I see this as a complementary channel in every single DStv bouquet where we're going to put it."

"HGTV has to deliver for us because we know there's a huge amount of viewing time spent in this territory," said Aletta Alberts.

"Whether it's a very expensive home or something humble, it doesn't mean it has to be a R20 million house for it to look amazing. We all know as Africans we are incredibly creative. So while some of the shows might seem familiar because it has been licensed to other channels before, you will not see any old seasons of any of those shows on HGTV, it will all be the latest and the greatest."

"It's 800 new hours a year which is phenomenal for a channel like this - a very rich entertainment channel; most channels don't have this amount of hours. Therefore we know this is going to be just incredible and viewers are going to love HGTV," said Aletta Alberts.

"This is what makes people dream and save up. We know when we go out shopping on Saturdays you see lots of people buying DIY things. It's really become such a big part of our culture."

"From MultiChoice and DStv to everybody at HGTV, thank you for being a part of our vision to be Africa's number one entertainment platform and thank you for giving us this incredible, real characters."

"That is what Discovery Networks is really known for. When you go to their upfronts and you meet the people who are presenters or cast, these are real people - people with real businesses. And whether it's Honey Boo Boo or Deadliest Catch or Buddy Valastro of Cake Boss, what you see on screen is exactly who they are and that's why they're so successful," said Aletta Alberts.

"So as I always say, especially to my friends in the media, if they do it well, write about that. Tell everybody. Post on social media because we want to tell people. We want you to recommend it to your friends and everyone who might be interested in this channel."

"But also if we do things that you think we don't do well, also tell us, because ultimately for us it's all about the customer and we need to make sure that the customers get the best value, and launching HGTV I really, really think they're going to get great value."