HGTV DStv channel launch Day 2: Tarek El Moussa, the star of Flip or Flop on HGTV says it's 'a magical channel about real people working on real houses' and reveals what home means to him. 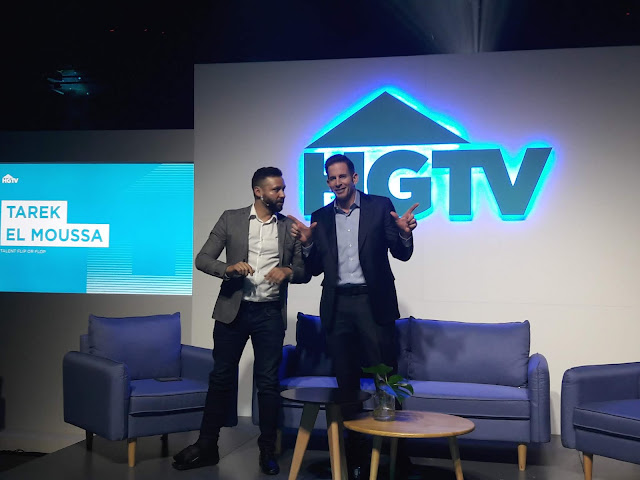 Tarek El Moussa, the star of Flip or Flop on HGTV (DStv 177) says the magic of the HGTV channel is that it's about real people, working on improving real houses, and reveals what "home" means to him.

Tarek El Moussa flew to Cape Town, South Africa, from the United States, for the South African media launch event of the HGTV channel, where he addressed the press during the official presentation, and afterwards did several one-on-one media interview later during the day.

"It's really, really exciting that HGTV is in South Africa because back in the United States everybody knows HGTV and it's really a magical channel because it's super successful, but what's really unique about it is that it's real people, working on real houses, running real businesses that they own," said Tarek El Moussa who is getting a spin-off show, Flipping 101 on HGTV.

"So it's not just celebrity reality TV shows - these are real people, and as a viewer you get to make real connections, and I just love everything about HGTV."

"Myself, I've been on HGTV - season one was 2013 - and when I first got on the channel I was a rookie house flipper. I had my life savings on the line, borrowing on my credit cards. And it was real. And for my fans to have watched over the last 6, 7 years, what the show has developed and become is really amazing to watch people grow on HGTV," said Tarek El Moussa.

"What's interesting about me is I knew nothing about TV. It was a random email that I sent back in 2010. I was flipping my first house and I had this crazy idea about getting a reality show about flipping houses on TV."

"I'm busy all day, running businesses, filming, running around. The second I get home I walk right to my kids, give them a hug, give them a kiss, go to my bedroom, change into gym clothes, and then the fun stuff starts. We ride the bikes, we play the scooters, we play video games in the living room, so that's my routine with my babies."

"There's so many projects I've done on and off TV - I've done hundreds of houses but the most exciting thing that I've recently done is a digital series that's going to come out on HGTV called Tarek's Flipside."

"What I really love about that is that it gives the audience the chance to get to know the real me and most importantly it shows my babies, my kids, and I got to film with them and it's just an amazing experience. Now that I have that footage it's there forever and I'm so happy with that," said Tarek El Moussa.

"I've had a lot of struggles in my life - personal and business - and I will say the greatest gift you can give someone is the gift of allowing them to believe in themselves because the truth is that all of us as people can accomplish much bigger things than what we believe is possible."

"There is a lot of pressure doing what I do - and I do such a lot of different things - but at the end of the day in life we have choices, and everything I do is a choice, and I ask myself 'Is this something that I want to do?' When the answer to that is yes, then I do it."

"Everything that I do is something that I want to do, so I do enjoy my life. I love everything about it," said Tarek El Moussa.

"My favourite style is return on investment. It's designing for the highest returns. At the end of the day when you do sell a house you want to make money, right?"