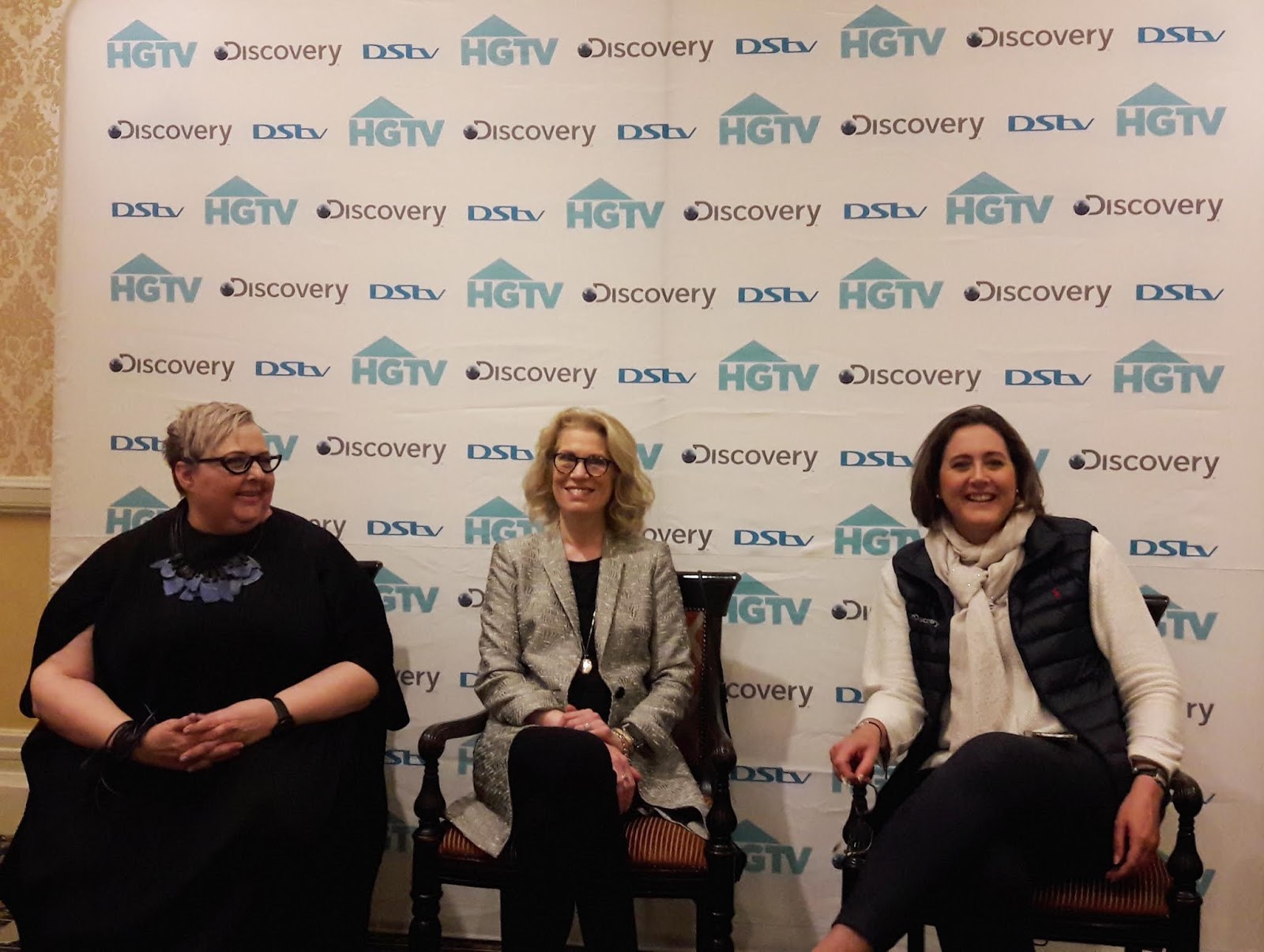 Discovery Inc.'s new HGTV channel in South Africa on MultiChoice's DStv satellite pay-TV service will be both inspirational and aspirational, said Discovery Inc. and MultiChoice executives in their opening remarks at the HGTV press conference.

Discovery Inc. held an executive press conference for the media, with Discovery Inc. executives and MultiChoice's content boss who attended and who took a wide range of questions during the afternoon of Day 2 of  Discovery Inc.'s 3-day press tour for the launch of its new HGTV (DStv 177) channel in South Africa.

Held at the Table Bay hotel in Cape Town where Discovery Inc. executives, as well as the media from across South Africa and the Middle East, stayed for the press tour, the always wonderful Lee Hobbs (Discovery Inc.'s global brands boss for the Europe, Middle East and Africa (EMEA) region) served as moderator.

Amanda Turnbull in her opening remarks said "We are delighted to bring HGTV here. We have such a huge channels portfolio (here) already. I think it's really important how we make sure that this portfolio is complementary because we need to cycle viewers around TLC, ID, Food Network and now HGTV".

"In theory, it's the same sort of demographic but in reality it's all slightly different. We're going to get very targeted. We're going to think about the daypart strategy, but the idea is with us, with our networks it is all about real-life entertainment."

"So if you like real television - and in this South African market everybody watches an enormous amount of TV - you want a trade-off. If you give your time to TV you want something tangible back in return and that's what we do. That's why people really love us."

"Specifically with HGTV, it's going to be both inspirational and aspirational," said Amanda Turnbull.

"We will give people ideas that they can potentially use, but at the same time it is entertainment and it's inspiring. It's also real people. There's always a sense of jeopardy. Will this person make it? So that's what we want to bring into the portfolio. It's going to be more great stuff."

Aletta Alberts in her opening remarks said "I think HGTV is a great brand because it's the one thing we were missing, home and garden - especially garden. People are very interested in gardening and they often ask us for gardening programmes".

"The most important thing for me is how you can migrate audiences within these brands now, because you can cross-promote, and that for me is the great thing. You don't have to lose the audience, they can stay there within the cluster," said Aletta Alberts.

"What is really, really amazing is that we see demographics that you would not expect on these channels - kids for instance. So all of a sudden they get very involved in this and we would see the kids genre losing audience and going to channels like TLC and makeover type shows which is really interesting".

Kathleen Finch, in America described as the "Queen of cable TV", in her opening remarks said "HGTV is real people, doing real things. A lot of our shows appeal to the entire family because you watch it and an interesting process unfolds".

"It's a cool before-and-after makeover, its tools, its paint, it's people moving in and out, it's earthmovers putting trees in. So HGTV is fun to watch as a family, it's very family-friendly which is something that's very important to us."

"We take great pride in the fact that your 5-year old can come into the room while mom is watching and you never have to change the channel. Ever. We're so proud of the quality of our content. HGTV teaches you, it inspires you, it never offends you. And all of our shows have a wonderful, happy ending and that's on purpose," said Kathleen Finch.

"We know that our target audience - which is a working mom - she's been working all day, she comes home, she makes dinner for her family, and she sits down and it's her time, and she wants to relax with something that is going to entertain her but it's also going to teach her something."

"We've also opened it up so much that she's watching but her husband walks into the room - he's sees something interesting, and he watches as well. So we created this really robust family viewing opportunity for people and you can watch it without any guilt because you are learning something. But you also love to see the story unfold with an ending that sometimes surprises you, but it always makes you feel good."

Tatiana Lagewaard in her opening remarks said "what's really important is that we worked really closely with Kathleen Finch and her team in the United States, because firstly they have so much experience of the brand and they know all the in's and out's with all of the data they have from viewers already".

"So we worked really closely with them to work out the schedule that really caters to the viewer. We have marathons where people can binge-watch and where they can stay on HGTV for hours and we also have themed nights, so we make it easy for viewers for instance on Mondays it's a certain type of shows, on Sundays it's another type of shows".

"We make it really easy for viewers to recognise what content they can see on HGTV on what night."