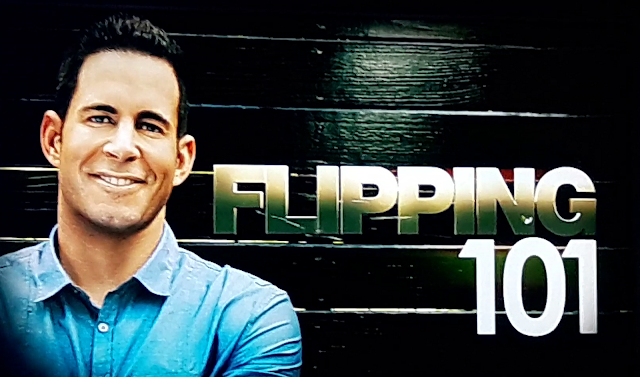 Kathleen Finch flew to Cape Town, South Africa, from the United States, for the official South African media launch event of the HGTV channel, where she addressed the press.

"This is new news, just for you guys - we are bringing a familiar face back in a brand-new format. Tarek El Moussa who's joining us today and who fans have come to love as the star of the huge hit, Flip or Flop, has a brand-new show, doing what he does best, which is sharing his expertise with other hopeful house-flippers," said Kathleen Finch.

"Here's the first-ever look at Flipping 101" said Kathleen Finch, after which the teaser trailer was played:

In Flipping 101 Tarek El Moussa will mentor real estate novices to help them learn the secrets of successfully buying properties to renovate to sell at a profit, a process called "flipping".

With hundreds of profitable sales under his belt, HGTV says that Tarek El Moussa is ready to lend his invaluable expertise to those who want to win big in the competitive real estate game in the new 14-episode series that is scheduled to start on HGTV in 2020.

"My passion for real estate has led me to flip hundreds of homes over the years and I've been incredibly lucky as an entrepreneur to build a successful business," says Tarek El Moussa.

"Now I get to help first-time flippers learn the ropes, find the best property deals and show them how to make the most profit on their investment."