The Walt Disney Company's upcoming new video streaming service, Disney+, not launching in South Africa until at least 2022 since Africa is not listed as one of its 'major regions'. 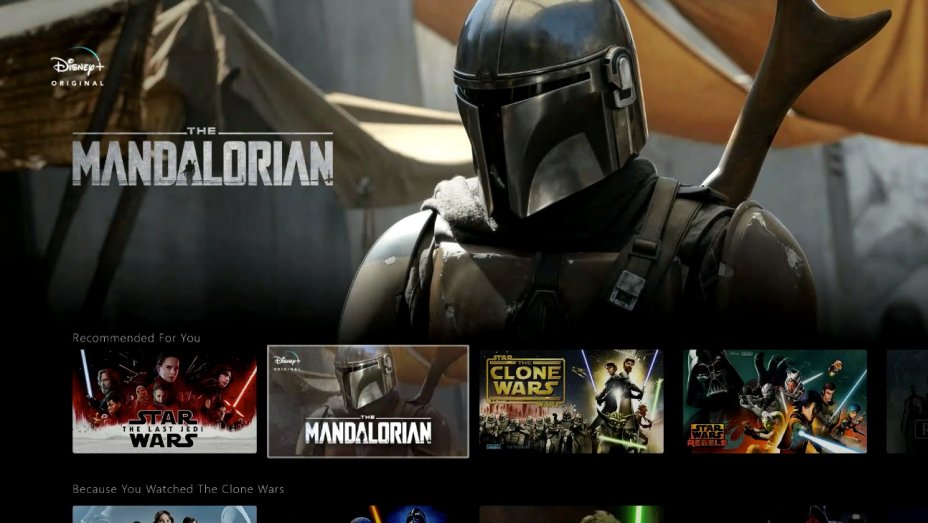 The Walt Disney Company's video streaming service Disney+ that it will launch in November 2019 in the United States and make available internationally in other key territories won't include South Africa or anywhere else in Africa for at least 2 years, since Disney doesn't consider the continent one of its "major regions".

Its decision not to roll out Disney+ as its new subscription video-on-demand (SVOD) service in South Africa and across the African continent, will lead to a high possibility that some of its buzz-making content currently produced exclusively for Disney+ will be grabbed, downloaded, shared and watched illegally through pirate content means.

With the expansion of broadband internet access and an explosion in illegal content downloads, MultiChoice recently told South Africa's broadcasting regulator, Icasa, that it "estimates that more than 2 million people view pirated versions of the series and movies available on DStv in South Africa".

Disney stands to lose revenue, audience retention and would-be Disney+ consumers in South Africa who will move on and find the content elsewhere with Disney+ that plans to release more than 25 original series, 10 original films, documentaries and specials during its first year.

South African video content consumers simply won't wait to watch buzzy new series specifically produced for Disney+ - ranging from the first Star Wars live-action drama series The Mandalorian, to a live-action High School Musical series, Marvel series like Loki with Tom Hiddleston reprising his film role, as well as The Falcon and The Winter Soldier; including a growing collection of animation series ranging from a revived Star Wars: The Clone Wars and Monsters at Work. 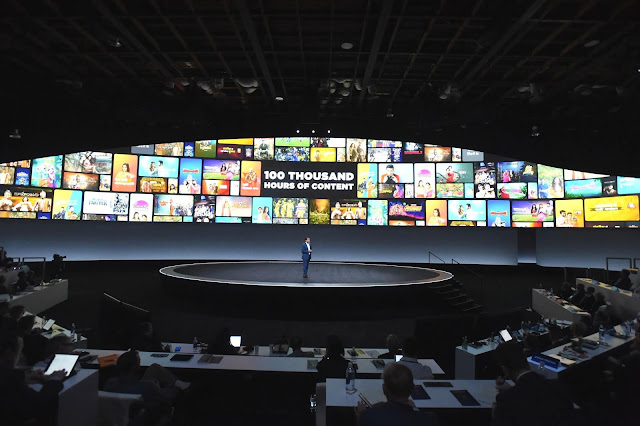 Disney that currently runs the linear TV channels Disney Channel, Disney XD and Disney Junior channels in South Africa and across the continent on MultiChoice's DStv satellite pay-TV service, says Disney+ "will offer fans of all ages a new way to experience the unparalleled content from the company's iconic entertainment brands, including Disney, Pixar, Marvel, Star Wars and National Geographic, and will be available on connected TV and mobile devices".

Disney Africa was asked for clarity about whether and when Disney+ would be launching in South Africa and the African continent.

If Disney+ isn't launched in South Africa, Disney Africa was also asked whether the content would then be made available through Disney's international distribution division for other linear TV channels to acquire, for instance M-Net (DStv 101) or FOX (DStv 125 / StarSat 131 / Cell C black 201) that previously and currently broadcast shows from Disney Television Studios and 20th Century Fox Television (now both owned by Disney).

The local Disney spokesperson said Disney South Africa didn't have any comment on the specific questions about the future of Disney+ for the African continent and referred TVwithThinus to the press statement that Disney issued following its Disney+ presentation it made as part of its investor day at Disney's Burbank lot in Los Angeles, California on 11 April. 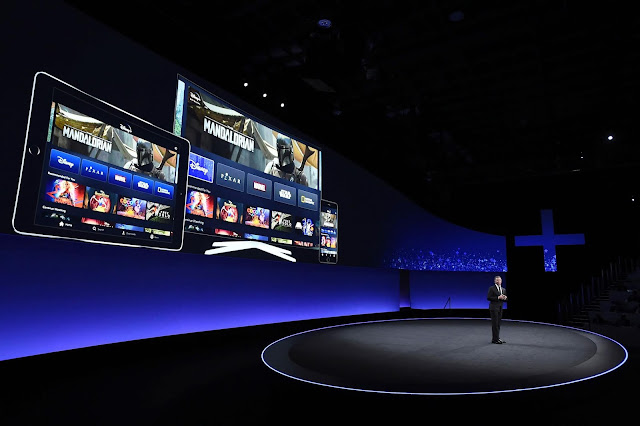 In its statement, Disney that will launch Disney+ on 12 November at a subscription fee of $6.99 (R98.26) per month, says "following its United States debut, Disney+ will rapidly expand globally, with plans to be in nearly all major regions of the world within the next two years".

Together with the words "nearly all major regions" in its statement, the slides for Disney+ that form part of its investor day presentation however shows that Africa is not included as one of these "major regions" - at least not for the next two and a half years. 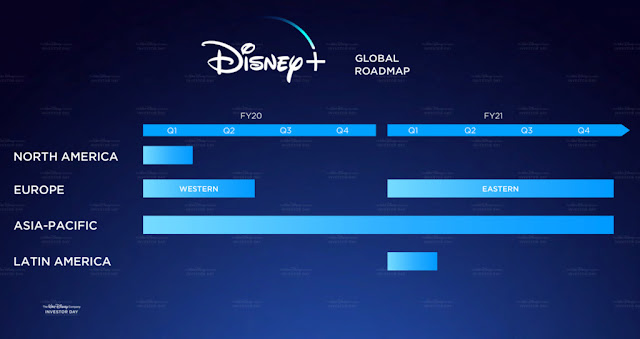 In its "global roadmap" slide, The Walt Disney Company showed that after launching Disney+ in North America, it will also launch its video streaming service in its 2020 financial year in the Asia-Pacific region that includes countries like Australia, New Zealand and India.

Disney indicates specifically that it will roll out Disney+ in Western Europe, meaning the United Kingdom and surrounding countries in 2020, with Eastern Europe following a year later in 2021.

South America will also get Disney+ in 2021.

These "major regions" exclude any mention or indication of Africa and South Africa, as well as the Middle East which at the earliest could possibly get Disney+ in 2022 or beyond. 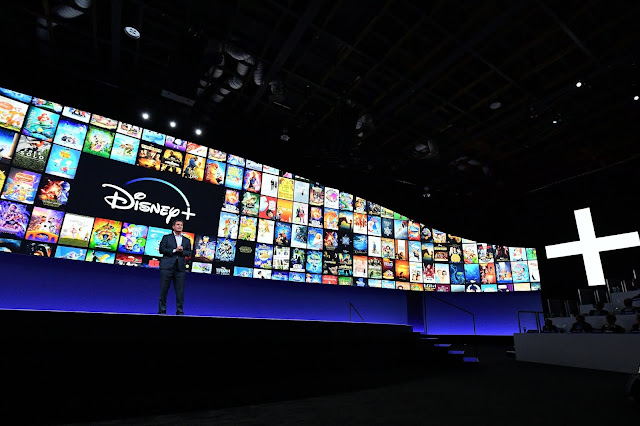 It's not clear whether the broadcasting rights to content ranging from The Mandalorian to Monsters at Work would be made available by Disney to local channels in South Africa during the period that Disney+ doesn't have a commercial footprint with its streaming service in the country.

In the years before Netflix South Africa launched, Netflix sold the licensing rights to drama series like House of Cards and Orange is the New Black to M-Net, with House of Cards now also on SABC3 as well.

Amazon Studios sold its drama series like Mozart in the Jungle, Transparent and Deutschland 83 to M-Net as well before Amazon Prime Video launched in the country, and M-Net also snapped up Hulu Originals like The Handmaid's Tale, The Path and Castle Rock while MultiChoice's SVOD service Showmax grabbed Marvel's Runaways and Future Man.