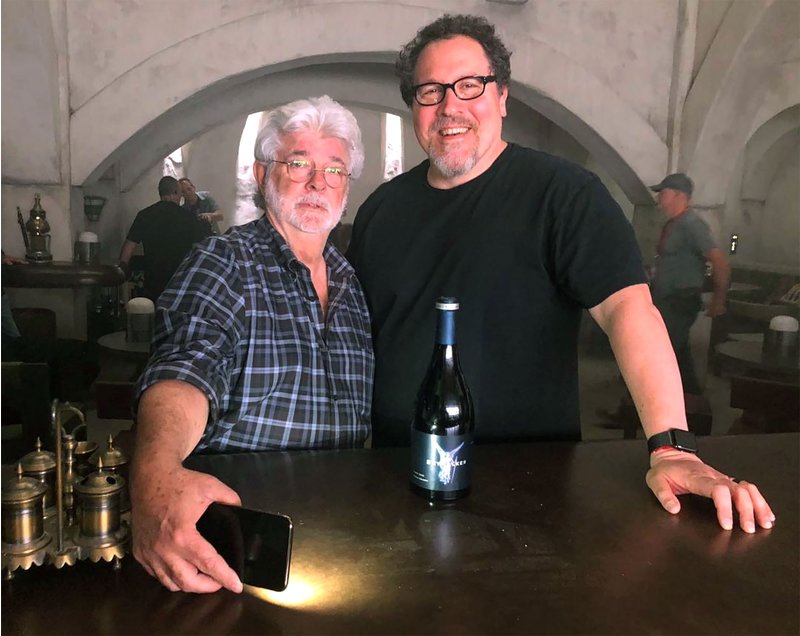 The creator of Star Wars, George Lucas, this week visited the set of Disney's first live-action Star Wars drama series, The Mandalorian, that is currently in production with writer and executive producer Jon Favreau.

Filming recently started on The Mandalorian which is basically set after the film Return of the Jedi.

The Star Wars drama series that so far has no broadcasting date, will be produced for Disney's to-be-launched streaming service in America, but will likely be available through foreign distribution from The Walt Disney Company for international broadcasters.

It means that Lucasfilm's Star Wars series might become available to broadcaster's like M-Net for possible pick-up in countries where Disney's streaming service won't have a presence, in the way that Netflix picked up Star Trek: Discovery from CBS All Access for outside the United States.

This week George Lucas surprised the crew of The Mandalorian with a set visit, revealed by Jon Favreau who posted some images on his social media Instagram account. "Birthday Surprise," wrote Jon Favreau who celebrated his 52nd birthday.

Jon Favreau and George Lucas took the photos inside what looks like some kind of bar or cantina, with a photo including Dave Filoni who oversees all of Lucasfilm Animation projects, and who is the director of the first episode of The Mandalorian.

No casting has yet been announced for The Mandalorian.
on 7:34:00 PM