eNCA news channel again accused of racism in an open letter; eNCA says it takes 'a dim view' of the allegations and will start disciplinary enquiry. 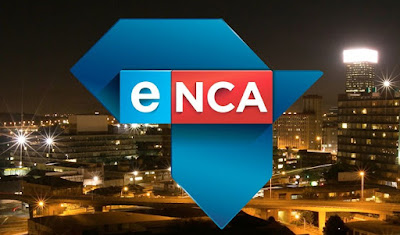 Angry eNCA (DStv 403) staff is once again accusing the 24-hour TV news channel on MultiChoice's DStv of racism, accusing eNCA in an open letter of preventing workers from organising and joining unions, and questioning why top executive positions are given to whites.

The open letter to John Copelyn, chairman of the eMedia Investments board and the Hosken Consolidated Investments (HCI) CEO comes after a similar letter that circulated company-wide through eNCA in September last year with allegations of racism, intimidation and victimisation.

The latest letter comes after the announcement that eMedia is making top executive changes, with eNCA news boss Patrick Conroy taking over the reigns of Platco Digital's OpenView HD (OVHD) free-to-air satellite service while the noted academic Prof Anton Harber will be taking over from 1 March as eNCA's new editor-in-chief.

eNCA remains the most watched by far of all of the local and international TV news channels available in South Africa on MultiChoice's DStv and StarTimes Media South Africa's StarSat platforms.

John Copelyn is accused of creating "a clique of hand-picked managers" since taking over from Marcel Golding with the letter slamming the appointment of Prof Anton Harber who is the Caxton Professor of Journalism at the University of the Witwaterstand and who was a founder of the Weekly Mail (now the Mail & Guardian).

"We are aware that there is no dustbin for whites in your company, no wonder why racism is so rife and goes unpunished in this company".

The letter from an eNCA staff member was addressed to an executive, office bearer and shareholder representative and has circulated within the company and outside.

Vasili Vass, spokesperson tells TV with Thinus in response to the open letter that eMedia as the holding company of eNCA and e.tv "takes a dim view of this 'open letter' which appears deliberately intended to bring the group and its companies into disrepute".

"A letter which is defamatory, grossly untrue in many respects, inciteful and harmful has been penned and distributed."

"We will deal with the matter by holding a disciplinary enquiry into the letter and its allegations and in the circumstances do no propose to deal with its content any further in the media."

eMedia says it "has always operated in accordance with the law, the Labour Relations Act and the Constitution and will continue to do so. Recent management appointments have been made by the board of eMedia Investments to meet future opportunities and challenges of the media group and it stands by them".
on 12:28:00 PM