TV critic's notebook: M-Net's 'devil-may-care' problem with Lucifer and why the hot blowback to the M-Net hell's kitchen could have been a lot less heated. 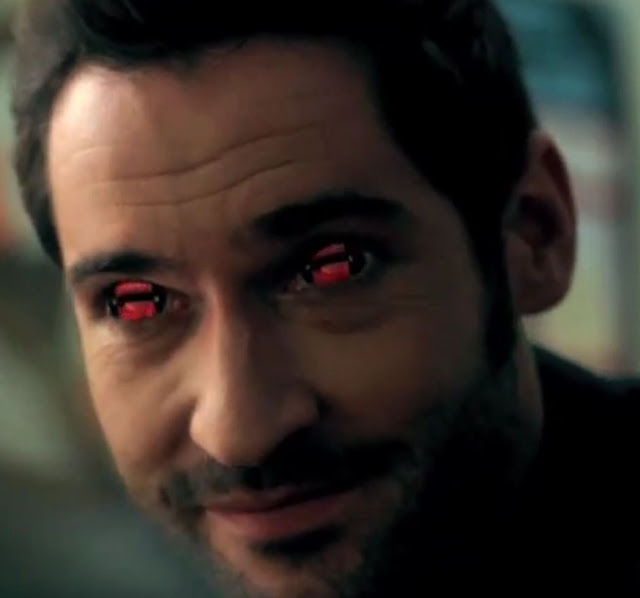 A lot of South African viewers and DStv subscribers are, rightly or wrongly, upset and angry with M-Net over the broadcast of a now very controversial new drama series Lucifer.

The irony is that M-Net could have prevented it all, should have pre-empted possible problems and had the power to prevent it, but didn't.

Now M-Net and DStv are incurring brand damage and negative sentiment with the most complaints about just one show - 89 - to the Broadcasting Complaints Commission of South Africa (BCCSA) that I've seen in a very long time (and I go through them all) and threats that people are going to cancel their DStv subscriptions if M-Net doesn't remove Lucifer from the M-Net Edge (DStv 102) schedule.

This TV critic's notebook isn't about whether Lucifer should be broadcast or not - I'm against censorship and South Africa is a free country and broadcasters and brands like M-Net and DStv are commercial entities delivering a commercial TV service people can take or leave as they want and can, or can't, afford to.

Rather I want to give some insight and perspective on why I think M-Net failed to see and anticipate the devil drama and offense the show could cause and why M-Net could have prevented the current viewer uproar.

Even before Lucifer started at the end of January on M-Net Edge, as a TV critic I was already well-aware of the show.

I therefore absolutely raised an eyebrow when M-Net issued their programming updates and advisories and I noticed that Lucifer was scheduled for 19:00 on M-Net Edge at the end of January.

By that time I've watched Lucifer trailers on YouTube and elsewhere, have read about the show, and I knew that even in America on FOX Lucifer would be shown at 21:00 - two hours later than in South Africa.

M-Net is extremely well-aware about the risks and more conservative viewer attitudes of audiences in African countries as well as South Africa.

A show entitled Lucifer should have given M-Net pause and at the least have raised red flags. Something like this should at the very least have been seen and screened by M-Net executives who should have been watching the show before it goes to air. M-Net apparently didn't.

Nor did M-Net make the effort to communicate to the South African press and TV critics what exactly the show was about, and to educate viewers through educating the press.

I deliberately didn't write or report anything about Lucifer's obvious South African possible problems because I didn't want to stir up viewer response pre-emptively.

I deliberately didn't want to go into agenda-setting mode as news media sometimes do and to negatively or positively influence viewers about a show that at that stage hasn't been shown yet.

I did however think that M-Net was going to realise on their own certain sensitivities and the "mistake" and move the show later or come up with another plan of showing it.

What I definitely did do however was to start going through my contact list for people I would like to call, to get and verify their cellphone numbers and contact details - in case Lucifer exploded into a viewership issue.

To add more context, I must also tell you that over the December holiday I watched the new science fiction mini-series Childhood's End - not yet scheduled for any South Africa channel.

(Now I don't and won't spoil it but if you watch that, or read about that and what happens in that show and what is seen and revealed wonderfully-shockingly, and how mankind reacts over something in that story, you will instantly understand why the moment I saw Lucifer on the schedule I knew it could be a problem for viewers.) 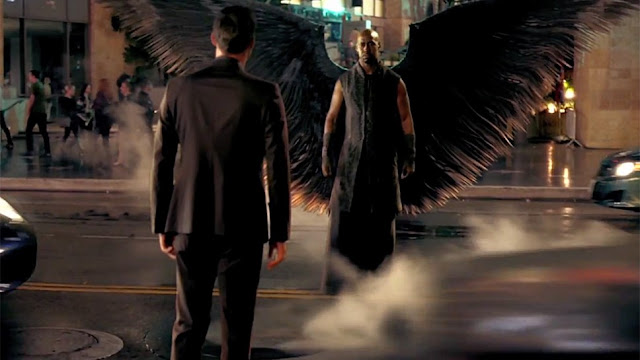 Then, two weeks ago I sat in an auditorium inside MultiChoice City, MultiChoice's headquarters in Randburg when M-Net unspooled at the DStv Showcase, a trailer for Lucifer to media covering television just before the on-air debut of the first episode.

It was the same once I've seen weeks before on YouTube.

Immediately on my left sat another longtime stage and screen TV writer and critic. On my right sat Yolisa Phahle, M-Net's CEO.

During the Lucifer promo, the journalist on my left leaned over to me in the darkness and asked exactly this: "Is this show sacrilegious?"

At that very moment I realised that M-Net is very likely going to have a very big problem.

When a print journalist covering television struggles to make a fairly accurate assessment of what a TV show is about, its narrative, its characters, and those characters' intent, then you have a problem.

The journalist also confused Lucifer, the devil character played by Tom Ellis as the "good angel". He also thought that the black angel standing in the street - actually the "good character" sent to take the devil back to hell - to be the devil.

I had to explain to him that no, the well-dressed one is the devil; the creature with wings is the angel sent to capture him.

I think M-Net could have prevented the devil drama if it actually watched the show before it scheduled it and broadcast it. Or perhaps M-Net executives did watch a show called Lucifer, but was out of touch with local South African sensitivities.

M-Net buys an incredible amount of telly for South Africa and Africa. In that sense it actually sits with the opposite problem from the SABC that struggles with dated, old and too little exciting content.

With this bigger inflow of content however comes the burden and responsibility of keeping track of what it is, and actually watching it - not just programming it.

M-Net bought Flesh and Bone - completely inappropriate for the M-Net channel - and luckily somehow noticed and took it off. M-Net realised content sensitivities regarding the second season of The Affair and altered the times.

But these incidents are become more and more regular and obvious. As a TV critic I always notice them since it always pops up as glaring issues - because I read beforehand and try to watch as much as I can of new shows.

If M-Net wants to prevent and limit future brand damage that arise through certain sensitive content, it will be better if those watching before all the rest of us are watching, to actually start watching - or to appoint more people to actually watch and screen content.

You can't show a trailer for a show named Lucifer to the press and then it's also the first time that a lot of the people working for a TV company and who deals with the media, sees it for the first time and also let out surprised gasps and "oohs" and "aahs".

Lucifer was/is one of M-Net's Express from the US titles, but that doesn't mean that M-Net executives with a lot more resources, connections and direct content contact than TV critics couldn't have already known and seen more than what was available publicly on the internet.

Good chefs personally oversee and do a personal taste-test in the kitchen of every single thing before it leaves the kitchen to go to the front of house.

The hot blowback to hell's kitchen will be a lot less heated if South Africa's TV bosses can perhaps start to do the same.
on 2:13:00 PM