Minnie Dlamini and IK Osakioduwa to co-host the 4th 2016 AfricaMagic Viewers' Choice Awards on 5 March; will be broadcast live on DStv across Africa. 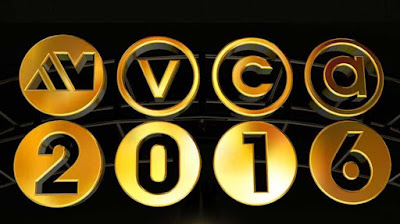 The South African Minnie Dlamini and the Nigerian IK Osakioduwa will be the hosts of the 4th 2016 AfricaMagic Viewers' Choice Awards that will take place on Saturday, 5 March in Lagos, Nigeria.

As in previous years, the AMVCA ceremony, created to help recognise African film and TV talent, will be broadcast will be broadcast live on all of M-Net's AfricaMagic channels on MultiChoice's DStv satellite pay-TV platform across the African continent.

Public voting for the 2016 AMVCA's 26 categories closes on Friday 26 February with individual viewers who can vote up to 100 times through multiple platforms, including the WeChat app, cellphones and online.

The 2016 AMVCA will be the first time that Minnie Dlamini is hosting, and the 4th time for IK Osakioduwa who has hosted since the award show's inception.

"We are excited to present Minnie as the co-host of the 2016 AMVCA," says Wangi Mba-Uzoukwu, M-Net West Africa director. "Her pairing with IK guarantees a great show".

"The AMVCAs recognise and celebrate film and television talent across Africa, and as a proud African, I am truly delighted to play a role in this celebration," says Minnie Dlamini.

"It is truly an honour to host the AMVCAs for a 4th successive year," says IK Osakioduwa. "I have been privileged to see firsthand the contribution of the awards to the film and television industry across Africa and this gets bigger and better every year".
on 11:52:00 AM