After Leigh-Anne Williams leaves her daily Expresso post Cardova says the presenter will be back as the production company is 'keen to pursue new and existing shows and roles with her in 2020'. 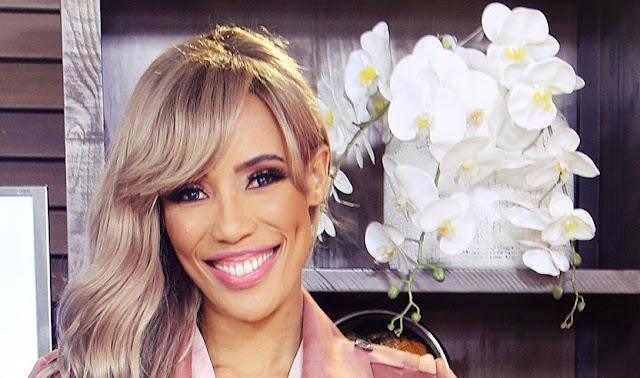 After Leigh-Anne Williams quietly left her early morning perch as one of SABC3's Expresso presenters some week ago, the Cape Town based production company behind the show says that she will be back in December although it's not clear whether it would again be in a daily role or in what capacity.

On Tuesday TVwithThinus reported that Leigh-Anne Williams quietly exited SABC3's weekday morning show with her name that was removed from the end-credits roll of Expresso.

Prior to Tuesday's reporting, multiple media enquiries were made over weeks with neither SABC3 nor Cardova Productions that responded to questions around Leigh-Anne Williams' exit and sudden absence from the show.

Leigh-Anne Williams' unexplained exit at the beginning of November came after Ewan Strydom left in April for Bravo! on kykNET (DStv 144), followed by Zoë Brown, who was not an original presenter, who left Expresso in July after 4 years without an on-air farewell or explanation.

Expresso added Jamie-Lee Domburg from Plumstead and Kuhle Adams as the show's two new presenters after they won the Presenter Search on 3: The Expresso Edition at the end of October and which made use of Leigh-Anne Williams as the presenter of that prime time reality search programme.

Expresso, which made its debut in October 2010 and was produced from The Equinox Building in Sea Point, Cape Town as SABC3's breakfast show, moved to a new studio complex in Westlake in June.

It's much further away that the picturesque highrise the show had been done from for almost nine years before the move. According to insiders both Zoë Brown and Leigh-Anne Williams had issues with the move with the longer daily travel distance that was problematic and contributed to their decisions to leave.

On Friday morning producer Patience Stevens from Cardova Productions in a statement through SABC3 said that although Leigh-Anne Williams stepped away from her daily Expresso presenting work that Cardova will continue to work with her in the future and in 2020 in existing and new shows.

"Leigh-Anne has been a very important part of the Expresso journey for the past eight years and is a valued member of the Cardova family," said Patience Stevens.

"While Leigh-Anne has been taking a step back from her daily presenting role on Expresso to pursue other career opportunities, this does not mean the end of our relationship with her. Leigh Anne will be back on Expresso in December, and we are keen to pursue new and existing shows and roles with her in 2020."

"While we have missed Leigh-Anne's positive energy every morning for the past couple of weeks, Cardova’s mission statement is to identify, nurture and grow new talent."

"We have recently welcomed two fresh new faces to Expresso, namely the winners of the Presenter Search on 3: Expresso Edition, Kuhle Adams and Jamie-Lee Domburg, who have been adding their own unique dynamic and personality to the show."

"Expresso is a brand which always evolving. We have grown new talent like Leigh-Anne Williams and Zoë Brown over the years and we hope to continue doing so for years to come."
on 10:33:00 AM