MultiChoice on axing the A+E Networks channels from DStv after a bitter carriage fee fight: 'Unfortunately, some deals don’t go as intended'. 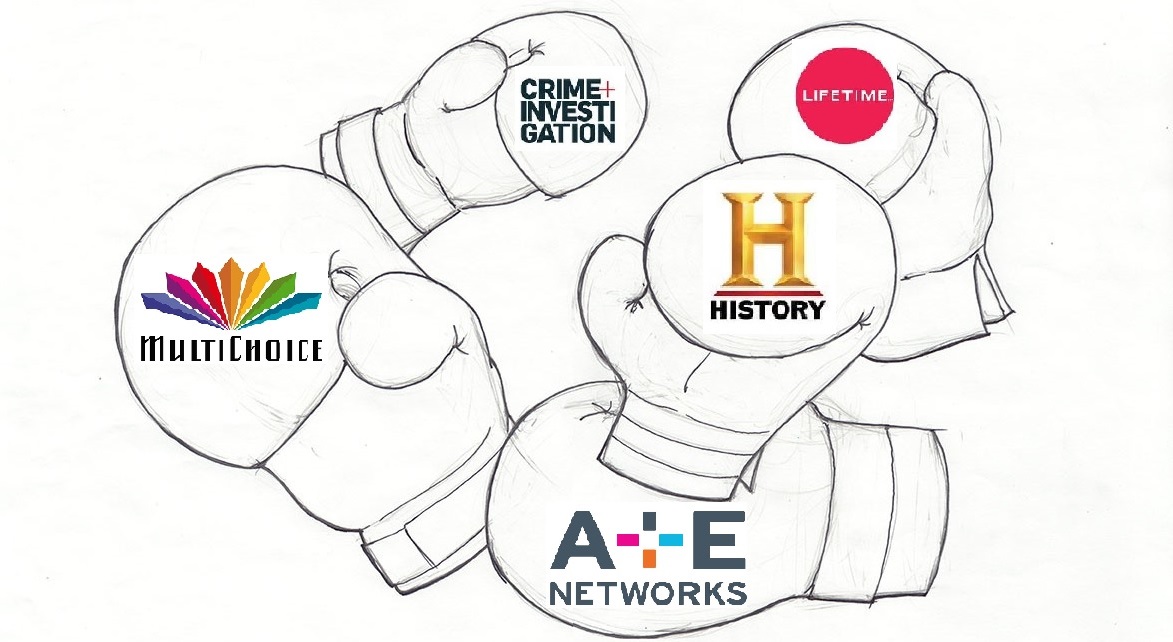 In response to questions about why MultiChoice is not supporting an international TV channel supplier like A+E Networks that is investing in local content in South Africa, and which of the channels from A+E had content that didn't resonate with viewers, MultiChoice says that channel carriage renewal negotiations failed and that "unfortunately, some deals don’t go as intended".

An ugly relationship breakdown saw channel carriage negotiations fail during which MultiChoice and A+E Networks UK - that operates a local affiliate office, A+E Networks Africa, from Johannesburg - couldn't settle on the terms and price MultiChoice has to pay to keep the channels set.

As a result, History (DStv 186), Crime+Investigation (DStv 17) and Lifetime (DStv 131) will now all become history on MultiChoice's pay-TV platform at the end of October 2019, inflicting massive mutual damage on both companies.

MultiChoice and DStv is suffering growing brand and reputation damage after the news of the channels axing unleashed the wrath of thousands of DStv subscribers threatening to cancel their subscriptions, and even going so far as starting a petition demanding that MultiChoice must keep the channels.

If DStv subscribers follow through on their threats to dump their subscriptions or downgrade to cheaper packages, it will also have an negative income impact on MultiChoice in terms of subscription fee revenue.

A+E Networks, in turn, is facing a precarious position as well with all of its revenue-generating channels eviscerated in a sudden and wholesale culling from DStv.

With the removal of the channels from DStv it places all of the already-announced newly commissioned content for South Africa from A+E Networks in danger of all getting scrapped and cancelled.

In addition, a dark cloud is now hanging over its A+E Networks Africa office where 12 jobs are now in jeopardy, as well as its ongoing local expansion plans, with A+E Networks that can't sustain an expanding local office when it has no channels on the air in the territory.

1.A+E at the end of September announced that it has commissioned more local programming for its international channels, including a gender-violence special, Loved Like Crazy that would have broadcast in November, series like Crime Stories SA, a new series Don’t Tell the Bride SA, etc. – none of which DStv subscribers will now see. What is MultiChoice’s response to DStv subscribers about taking this new local content away from them?

3. DStv Premium customers have been complaining that for the price they pay the package doesn’t offer enough value. MultiChoice is now taking away 3 channels for its upper-tier product and says it will replace it with 2. What is MultiChoice’s message to customers who have to pay the same but get less and content taken away that they like?

Instead, MultiChoice responded with a statement, saying that the pay-TV operator "needs to consider the costs for the channel, the terms which may apply and whether we can get better value elsewhere".

Here is the full statement from MultiChoice in response to the 4 questions asked.

"At MultiChoice we are always looking to improve our customers’ viewing experience."

"This is motivated by our drive to ensure that we listen to and respond to our consumers, basing our decisions on their needs that are identified through detailed research. This includes the content they receive, and ultimately the value-for-money offering they get."

"We encourage fresh content from all our channel suppliers, including our third-party channels as well as our owned channels that are constantly renewing their content."

"We will be saying goodbye to the History channel, Crime+Investigation and Lifetime channels on the DStv platform at the end of the current contract term, which ends on 1 November 2019."

"When making changes to channels on our platforms, we need to consider the content, how it resonates with our customers and its longevity."

"In addition, we need to consider the costs for the channel, the terms which may apply and whether we can get better value elsewhere."

"Negotiations with channel suppliers will also consider the bundling of content."

"It would make little sense to take a whole portfolio of channels if they don’t suit our customers’ tastes and requirements. When one is unable to come to terms on the specific channels and shows that are of interest and appeal to our customers, reaching agreements becomes difficult."

"We need to negotiate in a manner that ensures a good return on investment and protects the value-for-money offering for our customers. Unfortunately, some deals don’t go as intended and that’s the nature of the business."

"We’re conscious about the content that our customers enjoyed on the A+E Networks channels and we are in talks with other suppliers to get similar content."

"We’re also currently in the process of onboarding two new channels, both promising top shows for our customers. The first is an established global brand and the other, a new innovative brand."

"Both channels will bring exciting new titles and genres that viewers will really enjoy, including among others, blue chip documentaries, history and factual reality shows. In addition, we continue to increase our significant investment in local shows and content, which have great resonance with customers and are a key driver of engagement."

"We value our customers and are continuously reviewing our content line-up and channel selection to provide them with more compelling content offerings."

"We are quite conscious about what our customers want, and we are confident that our future plans will ensure they continue to get the best in local and international entertainment."


ALSO READ: MultiChoice dumps History, Lifetime and Crime+Investigation from DStv in South Africa and across Africa after channel carriage renewal negotiations break down with A+E Networks.
ALSO READ: Loss of a Lifetime sees thousands of livid DStv subscribers sign petition demanding that MultiChoice keeps the History, Crime+Investigation and Lifetime channels.
ALSO READ: Knowing there's no channel carriage renewal deal in place, MultiChoice warned A+E Networks not to go ahead with its 2019 upfront and content showcase event - but A+E Networks Africa did it anyway. Then came the shocking revelation.
ALSO READ: Local plans in peril: Cancellation threat hangs over A+E Networks Africa's entire local content slate after MultiChoice dumps its channels from DStv.
ALSO READ: TV CRITIC's NOTEBOOK. In the ugly divorce between dad and mom MultiChoice and A+E Networks the biggest loser is the kids - viewers - who will bear the brunt of TV parents who now dislike each other.
ALSO READ: A+E Networks goes into hiding after MultiChoice axes its channels; petition grows to over 5 000 signatures from angry DStv subscribers as MultiChoice posts Channel Termination notices on the DStv EPG.
on 12:44:00 PM