Knowing there's no channel carriage renewal deal in place, MultiChoice warned A+E Networks not to go ahead with its 2019 upfront and content showcase event - but A+E Networks Africa did it anyway. Then came the shocking revelation. 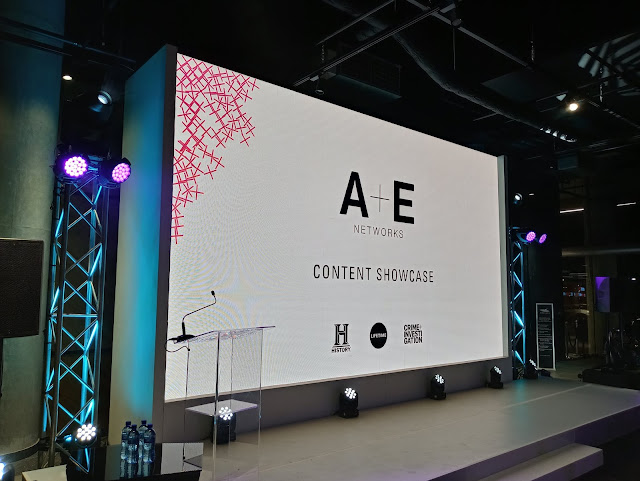 "Tonight's dining experience is all about the drama, mystery and suspense - much like our channel brands I guess," said Yusuf Nabee, the general manager for A+E Networks Africa, when he spoke at A+E Networks' content showcase held on the evening of 19 September.

Ironically, the majority of the invited guests - feasting on a channels-inspired, immersive 3-course dining experienced prepared and brought out by private chef Neill Anthony - had no idea that Yusuf Nabee's words were applicable to the very channels of History, Crime+Investigation Network and Lifetime: Themselves shrouded in a tense behind-the-scenes drama of mystery and suspense.

While Yusuf Nabee and other A+E Networks executives were poised to announce a slate of new local content and wow with sizzle reels of upcoming international content for the channels in 2020, A+E Networks had no deal in place to actually keep its channels on DStv from November 2019 following a brutal and bruising channel carriage negotiation stand-off.

From this in medias res, the tale rewinds to a short while earlier.

When MultiChoice got word that A+E Networks Africa was planning a content showcase event for 19 September, it sent major alarm bells ringing inside the pay-TV operator's Randburg-based MultiChoice City headquarters.

With the existing channel carriage contract between A+E Networks and MultiChoice for its trio of channels including History (DStv 186), Crime+Investigation Network (DStv 170) and Lifetime (DStv 131) expiring at the end of October and up for renewal, no deal was in place.

In fact, despite protracted to-and-fro negotiations over months between MultiChoice and A+E Networks UK over the terms and conditions for the channels and what A+E demanded MultiChoice to pay for them, neither companies have found each other by late-September at which time the soured relationship had already fractured and turned ugly.

Meanwhile A+E Networks, a joint venture between Hearst and Sky, went ahead and invited journalists; producers like Clive Morris and Katy Katopodis; as well as TV and radio presenters like Iman Rappetti and John Robbie to the event.

Even Dean Possenniskie, the managing director of A+E Networks for the Europe Middle East and Africa (EMEA) region, was diarised to fly to Johannesburg to host the event.

MultiChoice, cautious and apprehensive over the unrealistic expectations that an A+E Networks presentation for the press about upcoming new content would create in the media and with the public, fired off an unambiguous and stern warning to A+E Networks and A+E Networks Africa about its planned A+E content showcase event.

In no uncertain terms MultiChoice warned A+E Networks not to go ahead with its planned A+E Networks content showcase and that MultiChoice would not be involved, with no MultiChoice executives, publicists or any of the pay-TV operator's staffers who ended up attending as is customary for the upfront presentations of channel partners.

Earlier this past week TVwithThinus asked A+E Networks UK and A+E Networks Africa why it decided to push through and go ahead with its A+E content showcase when it was aware that there was no contract renewal deal in place with MultiChoice, and after MultiChoice as a commercial partner specifically warned it not to go ahead with the presentation. 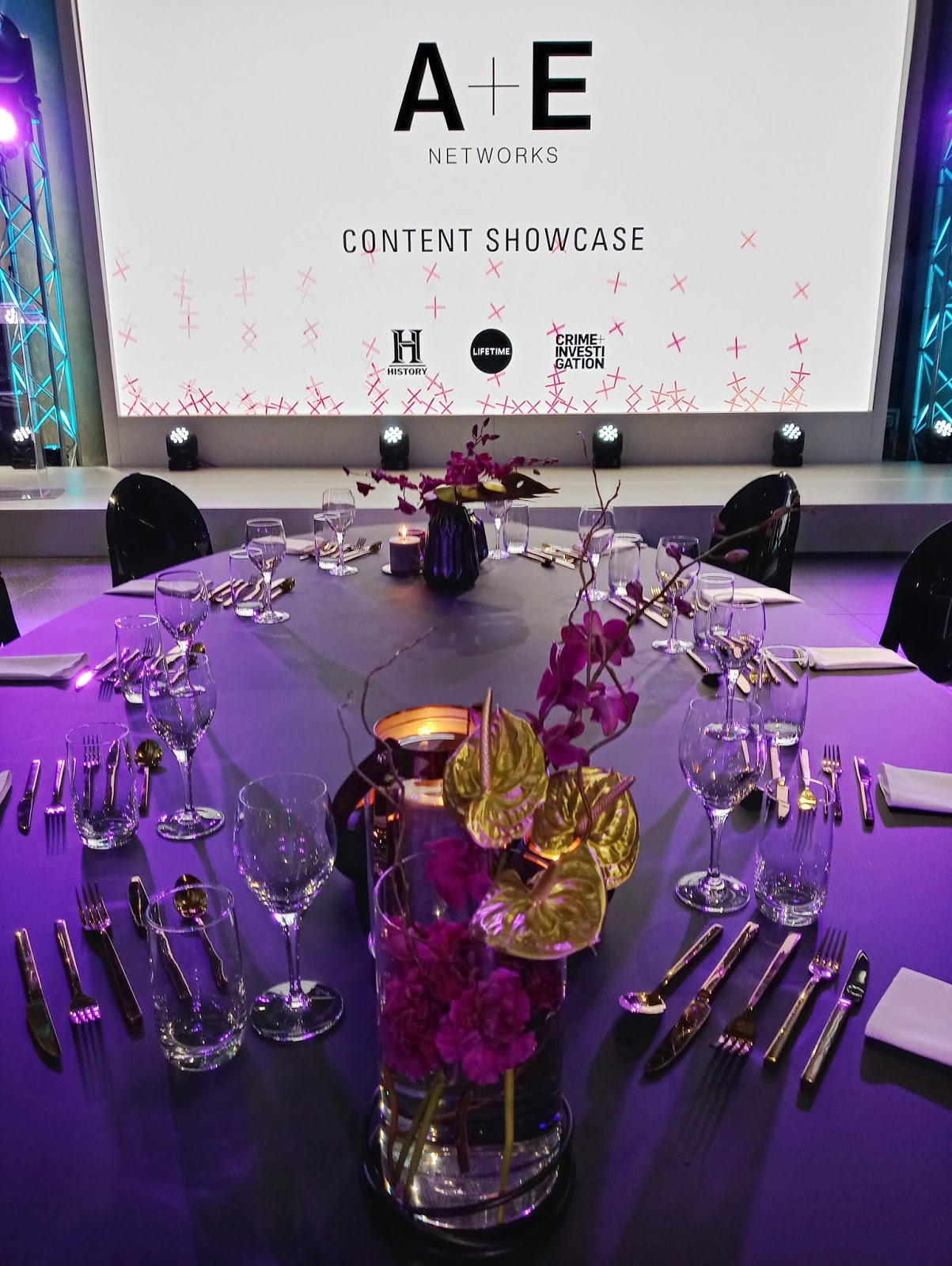 Don't Tell the Media South Africa
Yet A+E Networks Africa did a dazzling presentation for the press inside the Daytona showroom at Melrose Arch, announcing a flurry of new local programming.

This ranged from Don't Tell the Bride SA for 2020 as a new local commission, a 13-episode second season of Crime Stories SA from Clive Morris Productions, and a local gender-based violence special Loved Like Crazy from Nala Media set to broadcast in November 2019 on C+I - a channel which now won't even be on the air or available anywhere in South Africa past the end of this month.

Besides the new and expanded local content slate - programming that is now all under threat of possibly getting cancelled - A+E Networks Africa gave a preview of sparkling upcoming content over the next few months on its various channels, ranging from 60 Days In: Narcoland, Marrying Millions, Damian Lewis: Spy Wars, Watergate and The UnXplained.

"A+E Networks Africa promises a robust schedule of exciting and impactful original programming, as well as brand-new local and international content that will resonate with audiences," said A+E in its press statement.

The statement oddly and very conspicuously didn't contain any trace of the words "MultiChoice" or "DStv" anywhere in the 3-page content showcase announcement, with channels that always refer to the pay-TV services by name and the channel numbers that their channels reside on. 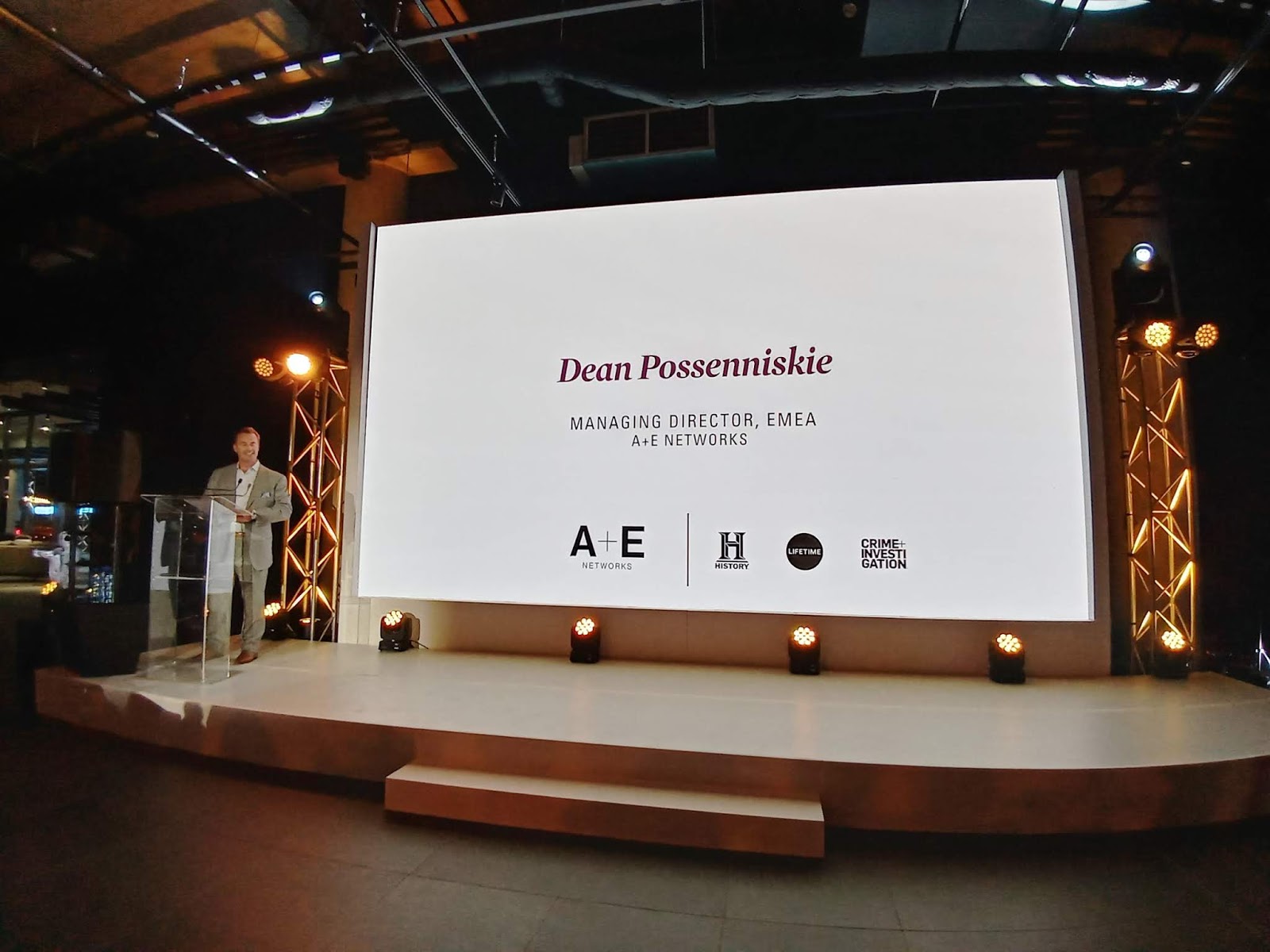 Creating a fake sense of 'future'
A few days later after A+E Networks's upfront presentation, the bomb exploded when MultiChoice - with a month left before the channels would go dark on its service - was forced to confirm to its subscribers that A+E's entire available channel collection on DStv is getting scrapped at the end of October.

The utter shock to paying DStv subscribers, the media, as well as South Africa's TV industry over the imminent loss of the A+E Networks channels was magnified by several degrees, and the ongoing brand and reputational damage inflicted on both MultiChoice and A+E has been much bigger, directly because of the showcase presentation that created buzz and hyped up new upcoming content.

Not only did the content showcase of A+E Networks Africa create anticipation over new and upcoming programming, it also created and reaffirmed a sense of stability and "future" - that the presence of A+E Networks, A+E Africa, and its channels on DStv, were secure and ongoing.

"The core of our business is a long-standing partnership with DStv. We highly value this partnership and we always look to innovate with DStv," said Dean Possenniskie from the stage, who mentioned that A+E had invested R30 million in creating local content in South Africa in 2019.

"This evening you're going to see that - you'll see more of the exciting new local productions that are coming your way in 2020 for our subscribers and viewers."

Fatime Kaba, A+E Networks Africa's head of programming and scheduling, said that "There are more announcements to come in the next few months as we continue to close deals and invest in these channels that we all love and also invest in our local creators and industry".

"Our goal across our entire portfolio is to entertain, engage, challenge and make a difference in our viewers' lives. Lifetime helps our viewers to celebrate life in all its messiness, all its fun - with just a little controversy thrown in for good measure."

Then she quipped: "We love a good scandal here."