A+E Networks goes into hiding after MultiChoice axes its channels; petition grows to over 5 000 signatures from angry DStv subscribers as MultiChoice posts Channel Termination notices on the DStv EPG. 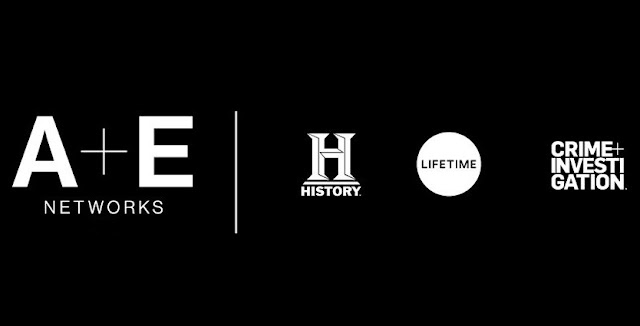 A+E Networks has gone into hiding as MultiChoice has now posted Channel Termination notices across its DStv electronic programme guide (EPG), with A+E Networks Africa refusing to talk to the media after channel carriage negotiations with the Randburg-based pay-TV operator broke down that will see its channel set of History, Crime+Investigation Network and Lifetime get dumped from DStv at the end of October.

After an ugly breakdown in the partnership when the commercial relationship between MultiChoice and A+E Networks UK turned sour over what A+E Networks demanded in channel carriage fees for a contract renewal and what MultiChoice was willing to pay, DStv subscribers will now lose access to History (DStv 186), Lifetime (DStv 131) and Crime+Investigation Network (DStv 170) on 31 October.

With A+E Networks calling the channels that it supplies to MultiChoice its "core business", dark clouds are now hanging over not just the uncertain future of A+E Networks Africa - the Johannesburg-based office of A+E Networks' Europe, Middle East and Africa region employing a staff of 12 - but also over the just-announced local South African content slate that could very likely all be axed since nobody will get to see it if produced. 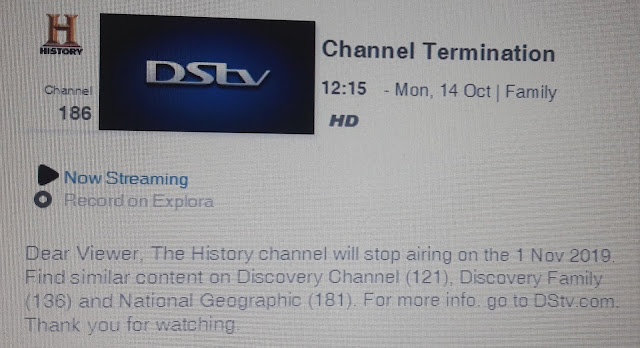 MultiChoice is telling DStv subscribers that channels will be ending and sending them to competing channels' alternative, for instance saying "The History channel will stop airing on 1 November 2019. Find similar content on Discovery Channel (121), Discovery Family (136) and National Geographic (181)."

A petition from angry and disappointed DStv subscribers, started a week ago on Change.org and that continues to grow, has now surpassed over 5 000 signatures with comments from MultiChoice customers demanding that the set of A+E Networks channels remain on DStv.

Meanwhile there's been nothing but silence from A+E Networks Africa who isn't willing to talk to the media.

A+E Networks has decided to refrain from giving insight to consumers or South Africa's TV industry and doesn't want to talk to the media to clear up massive uncertainty about the turmoil the channel supplier is finding itself in, its operational future, or whether and what of its announced local content plans including shows like Don't Tell the Bride SA, Crime Stories SA and Loved Like Crazy will go ahead.

For a week and a half and counting since 1 October, A+E Networks Africa - through its publicists - hasn't responded to any ongoing media enquiries, requests for comment, and enquiries seeking clarity on a number of issues.

A short while before, Dean Possenniskie, the managing director of A+E Networks for the Europe Middle East and Africa (EMEA) region, spoke at A+E Networks Africa's content showcase upfront on 19 September in Johannesburg and touted the ongoing, increasing production spending going to the creation of local South African programming on its set of channels.

Dean Possenniskie described it's channels supplied to MultiChoice as its "core business" and part of a long-standing partnership with DStv, and that A+E Networks had already invested R30 million in creating local content in South Africa in 2019.

While he mentioned that a slate of "exciting new local productions are coming your way in 2020 for our subscribers and viewers" all of that is now apparently under threat of never being produced - or not to be seen.

MultiChoice in response to a media enquiry about why the A+E Networks channels have been dropped said that it "needs to consider the costs for the channel, the terms which may apply and whether we can get better value elsewhere".


ALSO READ: MultiChoice dumps History, Lifetime and Crime+Investigation from DStv in South Africa and across Africa after channel carriage renewal negotiations break down with A+E Networks.