TV CRITIC's NOTEBOOK. MultiChoice CEO, Calvo Mawela, has started spouting some inane gibberish about millennials not wanting or able to watch 90 minutes of something. Get a child - and get a grip. 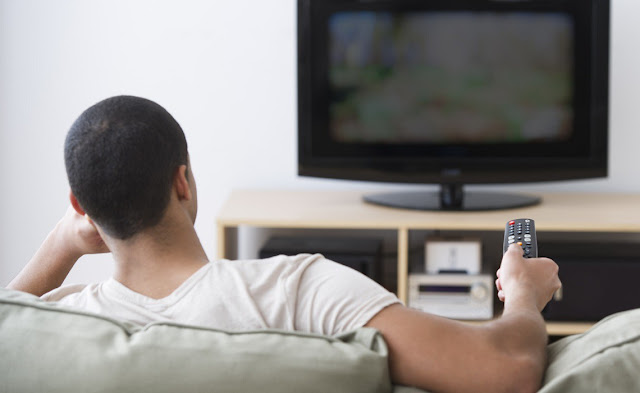 Whether he came up with his latest banal talking points himself to shape some new kind of justification narrative, or were fed them by the advisors around him, it makes Calvo Mawela, MultiChoice CEO, sound stupid and look out-of-touch as a TV executive, claiming that millennials no longer watch or have the ability or time to watch a 90 minute soccer game.

Calvo Mawela, in crazy scripted-sounding answers is trying to justify some of MultiChoice's approach to streaming video content done by its Connected Video division that runs DStv Now and Showmax, and why segments of the traditional pay-TV market that MultiChoice operates in, is "saturated".

On Tuesday The MultiChoice Group released its annual financial results for the year to 31 March 2019 showing another loss of around 100 000 DStv Premium subscribers although MultiChoice overall kept growing its DStv subscriber base although.

Weirdly, Calvo Mawela continues to talk down about and disparagingly, publicly, about MultiChoice's legacy customers who are still the bulk of its customers.

The way he seems to try to frame it, is that it's just a matter of time before traditional direct-to-home (DTH) satellite pay-TV subscribers are gone, so MultiChoice must invest in finding and grabbing on to whatever the new type of pay-TV viewer is.

In interviews on Tuesday Calvo Mawela told Moneyweb that  "most of the millennials no longer relate to what we used to do in the past – of watching a full game for 90 minutes. Fans just want to see the packaged highlights or some events around the game that they want to have highlighted".

Calvo Mawela parroted the same talking point during a softball interview on CNBC Africa (DStv 410 / Cell C black 512) saying that MultiChoice's new potential customers "might be millennials who are not interested in watching a full 90 minute game ... they just want to look at the goals that have been scored during the day because they no longer have the 90 minutes to spend on watching a full game".

Here's the truth and the facts: Any TV viewer and video consumer - irrespective of age - will watch anything, for any duration of time, if it's of personal interest and engaging content and will watch it for a long time on any platform that it's available on.

Targeting millennials with psychodramatic boxed in quotes as a specific consumer demo he's heard of, is like saying millennials eat and consume less food than "regular" people. In reality, every person likes eating, eating a lot and what they find tasty.

It's utter claptrap to say millennials have a shorter attention span, no longer watch TV or will only or prefer watching streaming. Get some kids or spend time around teenagers, students, middle aged people and older people - they all have a huge love for television and all can and like to watch content for 90 minutes and longer.

Recently I looked after a 5-year old nephew of mine. He watched way more than 90 minutes with rapt attention of CBeebies and a cooking show, My World Kitchen.

The child simply can't get enough and made me watch multiple episodes, talking and explaining and educating me about the foods of the world and who is friends with whom, without losing focus or delight.

My teenager niece over the days between Christmas and New Year forced me to watch the entire 1 hour 44 minutes of Mowgli: Legend of the Jungle on the flat screen TV in the lounge on Netflix with her. The next day she watched the entire thing all the way through again.

Both she and her older brother made me sit through multiple episodes over two days of Minecraft: Story Mode on Netflix during the December holiday. It wasted/was a joy of hours.

My retired dad watches and keeps rewatching them in marathon episodes, Air Crash Investigation on National Geographic, complete with his own unasked-for loud director's commentary of when you must "really watch what is going to happen now", and what will be said and happen next.

Everybody, irrespective of age, has their content and their shows they will watch for hours on end if its what they enjoy watching, and if it's offered to them.

Calvo Mawela saying millennials don't watch or don't have the time to sit for 90 minutes is beyond daft - the same false assumption publishers made online when they thought people won't read long articles and just want to post memes and scan bite-sized info-bits.

(You're still ready this - longer than usual - article because you are intelligent, are engaged, and want to know more and understand more comprehensively and in-depth about a certain issue or topic, irrespective of your age of Gen Z, Gen X, millennial, Baby Boomer or whatever age category bracket.)

In its search for new customers on new platforms and trying to offer up itty-bitty video content chunks for new age eyes, MultiChoice would be making a very big mistake underestimating or categorising certain demographics like "millennials" as being one thing or wanting just one thing.

Never forget what has and always will remain true: that people - irrespective of age and those with little brains, small brains big brains and young brains - all love stories and great content that are wonderfully told and presented ... irrespective of how short or long it is.


ALSO READ: MultiChoice does little to stop the drop of DStv Premium subscribers other than have the call centre phone them after they had already cancelled; top-end segment still 'a long way off' from being 'unable to wash itself' and being unprofitable.
ALSO READ: TV CRITIC's NOTEBOOK. Higher prices are not killing DStv Premium - MultiChoice's lack of showing DStv subscribers why it's worth it, constantly diluting it, and failure to add value is what's damaging it.
ALSO READ: TV CRITIC's NOTEBOOK. MultiChoice lies and says in its financial report presentation it 'enhanced content discovery' - in reality the pay-TV operator did the exact opposite during the year and made it more difficult and worse.
ALSO READ: TV CRITIC's NOTEBOOK. If you want to see some really hilarious sh*t, look no further than MultiChoice's surreal no-numbers presentation in its financial results comparing Showmax and DStv Now with rival Netflix.
ALSO READ: DStv subscribers keep increasing although MultiChoice continues to lose top-end DStv Premium customers who no longer see it as offering enough value for money.
on 1:48:00 PM