TV CRITIC's NOTEBOOK. Higher prices are not killing DStv Premium - MultiChoice's lack of showing DStv subscribers why it's worth it, constantly diluting it, and failure to add value is what's damaging it.

The top-end churn keeps escalating and MultiChoice keeps bleeding DStv Premium subscribers - not because of higher prices but because of the pay-TV operator's shocking lack of showing all DStv subscribers why DStv Premium is worth it, constantly sabotaging and diluting its offering, and its failure to provide any added value to what is supposedly its prestige product.

Of course customers are going to bail. Neither poor nor rich customers want to waste money, especially not rich people who are probably even more savvy than poor people about discretionary spending and more informed as consumers.

On Tuesday The MultiChoice Group released its annual financial results for the year to 31 March 2019 showing yet another drop of around 100 000 DStv Premium subscribers - an accelerated decline in MultiChoice's top-tier subscription package that has been ongoing for the past 4 years.

For the financial year, MultiChoice's percentage of DStv Premium subscribers in South Africa decreased by another 7%.

MultiChoice CEO Calvo Mawela and CFO Tim Jacobs - who apparently want to make up reasons for investors for the retention failure and negative growth of its DStv Premium segment - want to blame the tough economy (nope, people still buy luxury goods and expensive services in even the most adverse economic conditions in any country), rivals like Netflix (nope, suddenly getting a microwave doesn't mean you don't use a stove anymore), and affordability (nope, a higher fuel price hasn't impacted car sales or made people drive less).

None of these are the true reasons. The facts as to why MultiChoice is losing DStv Premium customers are these - and are by and large due to deliberate MultiChoice self-harm and its inaction to do what it should:


1. Diluting Dstv Premium
First class and business class seats on airlines are suuuper expensive - yet high-end clientele worldwide keep booking seats on Emirates, Lufthansa and other airlines not because of expensive prices but despite the huge ticket price.

Customers understand and can see what they're paying for and experience a proven, quality product and service.

Customers won't do that if they knew that Emirates were just going to bump them up and upgrade them to business and first seats anyway. Instead those unsold seats are left open. There is a reason airlines don't give free upgrades but MultiChoice hasn't grasped that yet.

That's exactly what MultiChoice is doing every time it opens up premium channels that DStv Premium subscribers have to and are paying for - for longer and longer periods, and bigger collections of channels - to lower-tiered subscribers.

While MultiChoice mistakenly thinks lower-tiered DStv subscribers are going to be enticed to "upgrade" to a higher package after sampling the wares as part of foolish marketing campaigns, the reality is that DStv Premium subscribers see that what have and have to pay for, being given away for free to people not paying for it.

People who pay for expensive things want to feel that what they pay for has a level of "exclusivity" and is "just for them". Almost everything that DStv Premium had "exclusively" has been diluted and made available to lower-tiered subscribers, from Showmax and DStv Now to DStv BoxOffice and bouquet-only channels.

Meanwhile things like the valuable DStv magazine as a TV guide that was for DStv Premium subscribers was ripped away. Why continue to pay for something more expensive if it no longer comes with "so much more"?

DStv Premium subscribers on lower packages also realise that they just hav to wait for the multiple, and increasingly longer "open time" periods when they are also getting to watch - without having to pay more - premium TV channels that were just for DStv Premium.

MultiChoice isn't making DStv subscribers - neither DStv Premium nor others - feel that it's special.

MultiChoice stopped investing in making DStv Premium feel aspirational in the way that blue-chip brands like Mercedes-Benz or Apple make their top and most expensive products and services feel like something sought-after, worth spending a lot of money on and something to aspire to have.


2. Failure to show the value
MultiChoice continues to signal to TV's version of coffee drinkers that Jacobs Krönung is basically the same as Frisco, the one just costs more ... because of whatever.

How does MultiChoice show the value of what you're getting by paying for DStv Premium? I can't tell you. 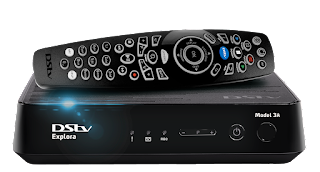 Consumers will pay for something - even a high price - if you psychologically feel that you're getting value for money at whatever the price point.

The handbag, the haircut, the valet car wash, the couch, the babysitter, the 5-course meal ... people will pay the price if they see the value and quality for the money spent.

MultiChoice doesn't show the value of DStv Premium and in fact constantly devalues it (see point 1).

MultiChoice doesn't even have a loyalty programme or anything else as a value-add for DStv Premium rewarding them for staying subscribed and getting bigger rewards the longer they're subscribed to more expensive packages. Sky in Britain has one.

MultiChoice doesn't have a DStv Premium only subscriber line for faster, better help.

Nor does MultiChoice have a print magazine TV guide (discontinued) when it's obvious that DStv Premium subscribers are really more serious about actually watching television and constantly want to read more about it. Even the free TV channel ITV in Britain launched a new print magazine because reaching their viewers are seen as that important and important enough.

Why is DStv Premium better? How does it tangibly offer more than DStv Compact Plus? What does it have exclusively? How are DStv Premium subscribers treated better and differently than other subscribers for paying more?

MultiChoice first needs to answer these questions for itself by taking a long and hard look at itself instead of blaming "Netflix" or market conditions and then make its customers aware of why DStv Premium is worth the money.

After years and the rest of the world moving to 4K and Ultra HD many DStv channels are still not even HD.

The temperamental and untrustworthy DStv Now live streaming and catch-up service is a mess with a lot of mistakes. When last did MultiChoice truly innovate and took big leaps forward - and then making those evolutionary steps available to DStv Premium subscribers first?

Where are the visible signs of innovation to enhance and improve the product and service? Instead of evolving with the market MultiChoice feels behind the times. Its customers have evolved faster than MultiChoice and a lot of potential DStv Premium subscribers are probably also early adopters of new products, services, and technology.

They want the new shiny toys, the latest versions, the show-off things to boast with that others don't yet have. MultiChoice no longer offers that.

MultiChoice churns out Exploras with incremental upgrades instead of big leaps, free Showmax add-ons, and other stuff that doesn't feel breathtaking and evolutionary.

DStv Premium subscribers want to feel they're getting the cutting-edge best (before the rest). That's no longer the case. Why does MultiChoice refuse to talk to Netflix and Amazon and YouTube and haven't yet folded their services in on the DStv platform like other pay-TV operators are doing?

Where is MultiChoice's DStv Premium version of "Sky Q" and how many more years will it take to get there?


MultiChoice's slide of DStv Premium subscribers are self-induced. It doesn't have to do with having become "too expensive".

MultiChoice has been taking its highest-paying and most valuable subscribers for granted instead of adapting, enhancing and continuing to invest in showing them why their customer loyalty matters and why DStv Premium is worth paying for.

MultiChoice really needs to go do some "educational" about the Disney Vacation Club, Disney FastPass+, Qatar Airlines and other great examples of how you treat your top customers best and make cutomers want to pay for your top service because of the privileges they can experience.

MultiChoice stopped showing appreciation for the money, business and loyalty of its DStv Premium customers.

It can reverse the decline by driving real value for the DStv Premium package and showing existing and potential customers what this value-add is.


ALSO READ: MultiChoice does little to stop the drop of DStv Premium subscribers other than have the call centre phone them after they had already cancelled; top-end segment still 'a long way off' from being 'unable to wash itself' and being unprofitable.
ALSO READ: TV CRITIC's NOTEBOOK. MultiChoice CEO, Calvo Mawela, has started spouting some inane gibberish about millennials not wanting or able to watch 90 minutes of something. Get a child - and get a grip.
ALSO READ: TV CRITIC's NOTEBOOK. MultiChoice lies and says in its financial report presentation it 'enhanced content discovery' - in reality the pay-TV operator did the exact opposite during the year and made it more difficult and worse.
ALSO READ: TV CRITIC's NOTEBOOK. If you want to see some really hilarious sh*t, look no further than MultiChoice's surreal no-numbers presentation in its financial results comparing Showmax and DStv Now with rival Netflix.
ALSO READ: DStv subscribers keep increasing although MultiChoice continues to lose top-end DStv Premium customers who no longer see it as offering enough value for money.
on 11:37:00 AM