SABC1's youth series Skeem Saam goes back to school in 2022 with a new Turfloop teens cast. 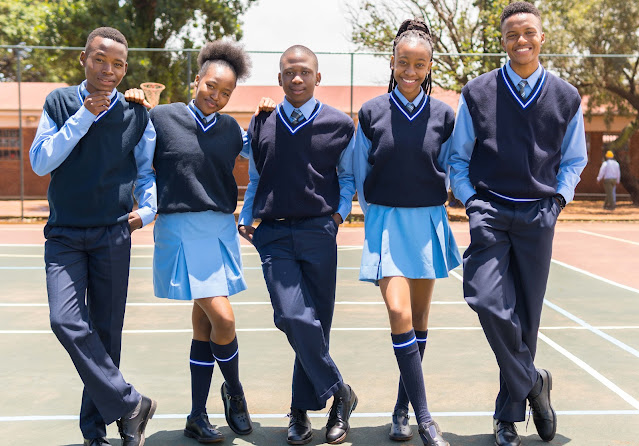 by Thinus Ferreira
SABC1's hugely successful youth drama series Skeem Saam is going back to school with a new cast, introducing a new group of high school learners who will have to navigate the confusing world of sex, social media, and adult society.
Skeem Saam, together with Uzalo and Generations, forms the hugely successful top ratings-trifecta of South Africa's public broadcaster, luring millions of viewers combined on weeknights to the SABC1 programming line-up.
With its authentic mix of zippy storylines, the Winnie-Serite-created series on weeknights at 18:30 that lures just over 5 million viewers nightly, has been following the youthful lives of a group of Turfloop residents for over a decade since 2011 with great success, with a ever-revolving cast replenished with new faces as actors aged out of their roles.
Now Skeem Saam is once again getting a next generation infusion, with another new group of Turfloop High learners who will make their appearance from this week in the show from 12 January.
The roles of Mahlatse Mahlatse (Phillip Thobejane) and Letetswe (Mahlatse Moropo) - a duo of cousins who had already appeared in Skeem Saam - are seeing their roles expanded, with actresses Mosa Nkwashu and Zizo Sobhutyu joining Skeem Saam in the roles of Lewatle and Mosebjadi respectively.
Lewatle and Mosebjadi will make their appearance in Skeem Saam on 12 January, while the late Kele Kgomo's younger brother Paxton Kgomo, portrayed by Thabiso Molokomme, will be making his menacing appearance on Monday 10 January.
Skeem Saam says that the new group of Turfloop teens "will bring life to the daily struggles that many teenagers face" who will be "exposed to external and internal struggles" in the form of "puberty, peer pressure, competition, social media influence and parental forces".
on 9:45:00 AM