Stella Ndabeni-Abrahams, South Africa's minister of communications, says the SABC is 'not going to get any blackout. That we promise'. 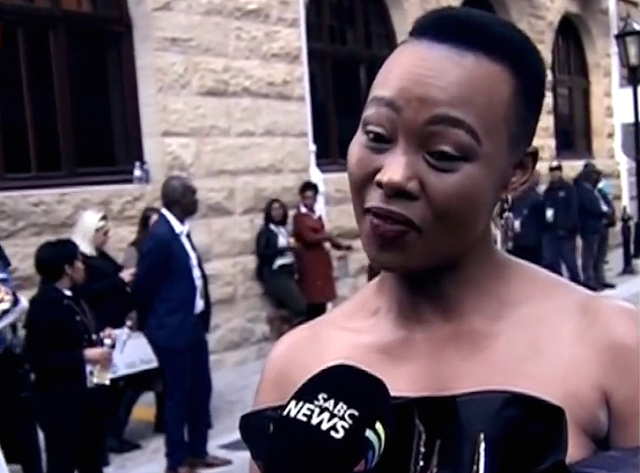 "You're not going to get any blackout. That we promise."

That is the promise Stella Ndabeni-Abrahams, South Africa's current minister of finance, made on the red carpet during an interview with SABC News (DStv 404) before Thursday evening's State of the Nation 2019 address by South Africa's president Cyril Ramaphosa.

The South African public broadcaster is hovering on the edge of financial collapse with Bongumusa Makhathini, SABC chairperson, who warned on Sunday that the a SABC blackout could happen at any moment.

The cash-strapped broadcaster has stopped paying its electricity bill and doesn't know how it will be paying its over 5 000 staffers at the end of June.


On Monday, Yolande van Biljon, the SABC's CFO, warned in an interview with SABC News (DStv 404) that the beleaguered South African public broadcaster's "Day Zero can happen tomorrow" and refused to confirm that SABC staffers will be paid at the end of June.

Months after the SABC asked for another bailout in the form of a government-guaranteed loan, no money has been forthcoming, with the process dragging on month after month. In February this year after his budget speech, Tito Mboweni, the minister of finance, revealed that the SABC now actually needs R6.8 billion as a bailout if it's to survive.

Media Monitoring Africa (MMA) has called the government's inaction to help the SABC "despicable" and said that it looks like "a direct attempt to crash the SABC".

The Right2Know Campaign in a statement is calling for urgent intervention to prevent an SABC blackout, saying R2K is "deeply concerned by the imminent possibility of an SABC blackout as a result of low cash flow and indebtedness".

Stella Ndabeni-Abrahams told SABC News that "We're now waiting for the team that is advising the minister of finance to give the go-ahead" for the SABC to get a bailout.

"As soon as the Treasury finalises their processes, SABC will continue with what you are doing. You are not going to get any blackout. That we promise," she said.
on 3:40:00 PM