Calling it 'despicable', Media Monitoring Africa's William Bird says the government's silence and inaction to bail out the South African public broadcaster looks like 'a direct attempt to crash the SABC'. 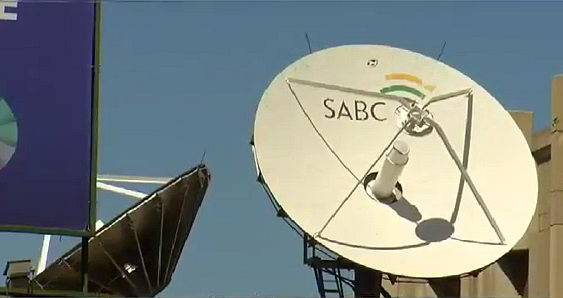 William Bird, director at the Media Monitoring Africa (MMA) says the South African government looks like it deliberately wants to "crash the SABC" by doing nothing and saying nothing about the billion rand government bailout that was promised to the public broadcaster but not received while the beleagued SABC is literally on the verge of seizing up and shutting down.

Treasury and the department of communications headed up by Stella Ndabeni-Abrahams as minister of communications have been silent as the SABC hovers on the edge of the biggest existential crisis in the South African public broadcaster's history.

William Bird was interviewed on Tuesday on the SABC's SAfm radio station after shocking revelations by the SABC board chairperson on Sunday and the SABC's chief financial officer on Monday that the broke SABC can't guarantee the payment of staff salaries in two weeks time at the end of June.

"It's despicable. They've known about this for well over a year, the SABC's deepening financial crisis, and the only conclusion you can possibly draw is that this is a direct attempt to crash the SABC," he said.

"It's not as though the SABC hasn't alerted parliament and Treasury and the department of communications to what's been going on."

On Sunday, Bongumusa Makhathini, SABC chairperson, warned that the SABC is finally on the verge of collapse with a blackout that could happen any moment.


"I’m not sure how we are going to pay for salaries come end of June," Bongumusa Makhathini said in a report in The Sunday Times.

The SABC that is perilously close to no longer broadcasting hasn't paid for municipal services like electricity at the end of May, choosing to rather pay SABC staff salaries. The SABC now owes the City of Johannesburg more than R13.5 million.

The SABC that is drowning in debt owes the parastatal signal distributor Sentech R317 million and MultiChoice's sports content division SuperSport over R208 million. Beyond that the SABC also owes millions to other content providers like independent South African production companies.

Nothing has so far come of the SABC's plea for a massive R6.8 billion in another government bailout.

On Monday, Yolande van Biljon, the SABC's CFO, warned in an interview with SABC News (DStv 404) that the beleaguered South African public broadcaster's "Day Zero can happen tomorrow" and refused to confirm that SABC staffers will be paid at the end of June.

On Tuesday Bemawu led by Hannes du Buisson and the Communication Workers Union (CWU) led by Aubrey Tshabalala, in a joint letter demanded an urgent meeting with the SABC board to ensure that SABC staffers will be paid at the end of this month.

Both Bemawu and the CWU demand to know what is happening with the long-delayed government bailout that Stella Ndabeni-Abrahams, the current minister of communications, promised.

The SABC urgently needs a cash bailout of R3.2 billion to keep public broadcasting services going in South Africa, while Tito Mboweni, South Africa's minister of finance after his budget speech in February revealed that the SABC now needs a massive R6.8 billion in a government bailout.

William Bird said "In allowing this situation to get to the point where they're putting all of the people under such massive and unreasonable pressure just to perform their basic jobs, it's clearly something that is an effort to crash the SABC. It's really unforgiveable behaviour by the South African government."

"The problem of course is that it's the ordinary members of the public that will suffer and it's all of those thousands of people at the SABC who won't get paid. So it's tragic."

William Bird said "this really is something that they are deliberately allowing to get to that point of absolute crisis. And we've seen so many people resign".

"I think that's a clear effort to get rid of people who are doing their jobs and are seen doing their jobs, and the only leverage now is to cut the money".
on 12:10:00 AM