With whispers of a 2 May launch date and already missing its 'early-2019' launch target, the new TV news channel Newzroom Afrika and MultiChoice are failing to keep their promise of keeping the media informed.

While there's unconfirmed insider buzz that the new Newzroom Afrika TV news channel will now launch on 2 May on DStv - already missing its "in early-2019" launch date it announced in September 2018 with no communication since - rumblings and negative perceptions inside South Africa's media sector are growing about how both Newzroom Afrika and MultiChoice have failed, and are failing, to keep their promise of keeping the media informed about this channel's developments and roll-out.

With whispers of a 2 May launch date and missing its "early-2019" launch target, the new TV news channel Newzroom Afrika and MultiChoice are failing to keep their promise of keeping the media informed about its progress.

According to insiders, Newzroom Afrika - that has already had to postpone initial plans to launch in "early-2019" as was originally announced to the press in September 2018, and that has failed to provide any updates or information to the media - is apparently looking at a launch date of 2 May 2019, unless that has also been postponed.

Even a 2 May launch date of the new TV news channel from Thabile Ngwato's Rapid Innovation and Thokozani Nkosi's Eclipse TV will mean a broken promise from Newzroom Afrika and MultiChoice that have done no market and media perception management since late-2018 for the channel.

A second-quarter launch date for Newzroom Afrika on DStv channel number 405 no longer qualifies as "early-2019".

Newzroom Afrika is set to replace the Gupta's canned ANN7 that morphed into Mzwanele Manyi's Afro Worldview before MultiChoice finally dumped it in August 2018.

TVwithThinus asked MultiChoice in the past week about the rumoured 2 May launch date for Newzroom Afrika with a MultiChoice spokesperson that said the satellite pay-TV service isn't in a position to confirm any dates.

According to MultiChoice insiders, Newzroom Afrika is however launching on 2 May.

According to insiders, DStv Media Sales, MultiChoice's advertising selling arm, has also entered into a commercial partnership with Newzroom Afrika from 24 April, although this has also not been announced and made public or shared with the media.

"We'll be sharing further details about the channel in the coming weeks," said Thabile Ngwato in the MultiChoice press release that was issued on 28 August 2018.

That was 8 months ago.

Since then Newzroom Afrika hasn't shared any further details and failed to keep the media that is and would be covering it, in the loop.

In March 2019 Newzroom Afrika started a recruitment process looking for reporters, producers, editors and people to fill various other positions. 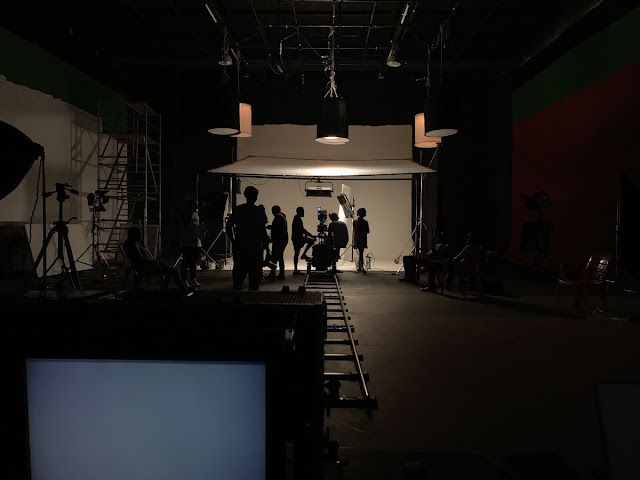 There's been no guidance or media advisories from MultiChoice or Newzroom Afrika to the press in order for the media to prepare in advance for Newzroom Afrika's launch, or to plan editorial coverage and to slot in possible coverage into their news diaries.

Multiple media insiders, journalists and editors responsible for covering Newzroom Afrika - and who have been sharing their personal thoughts in off-the-record conversations the past few weeks - are saying that Newzroom Afrika and MultiChoice have already started damaging the Newzroom Afrika brand perception and credibility.

They say that by staying silent by choice, Newzroom Afrika, by not being more transparent and forthcoming about what it's doing and busy with in the lead-up to its on-air launch, plays more into "secrecy" than "news provider" which is what it presumably wants its image to be.

The media didn't get further guidance since August 2018 on Newzroom Afrika's moving launch date goalposts and have been kept in the dark about what exactly has been happening and what progress has been made the past 8 months.

With no word about whether there would be another official press briefing, or an official media launch event for the press, some have pointed to the shambolic and disorganised launch of ANN7 that never knew, nor engaged with the media it should have, and launched with an extremely damaging reputation and media perception that it never recovered from.

The media was negative about ANN7 - something that is caused itself through inaction - and never recovered from its damaged reputation.

ANN7 as the Newzroom Afrika predecessor never bothered to reach out to the media covering it with publicity beforehand to establish proper media relations.

It's launch event was a huge and embarrassing mess both in terms of the function as well as on-air where its blooper-fest led to a cringe-worthy meltdown on ANN7's launch night that went viral, with the behind-the-scenes drama that the former editor Rajesh Sundaram describes in embarrassing detail in his book, Indentured.

"One of the worst things they can possibly do is that the first next communication we get since the announcement that Newzroom Afrika won the bid is just suddenly some press release that Newzroom Afrika is going to start tomorrow or today," said a veteran media worker insider last week.

"That is probably exactly what is going to happen," said another.

"ANN7 just launched and had no clue about proper media engagement and got no help from MultiChoice. Their danger now is that Newzroom Afrika could follow the same road," said the first insider.

"You wonder what MultiChoice learnt, if anything, from the launch of ANN7. Now it's all new people everywhere and it looks like it's just going to be the same all over again," said a third person working in media.

"The media will only suddenly get information about the programming and on-air talent on the day they launch and then be asked 'do you want to do interviews?' which is far too late. And even that if we're lucky."