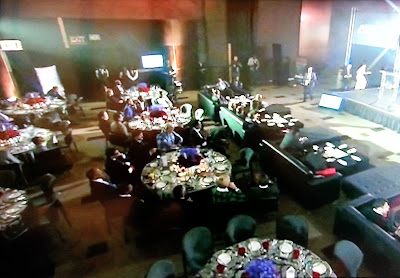 Maybe all the Guptas went to the bathroom together.

Of course ANN7 couldn't bother to even just inform and tell longtime South African TV critics, writers, editors and journalists covering television about the evening's launch event, let alone invite some of them.

Not a single one of several journalists, TV critics and editors in Johannesburg and Cape Town specialising in covering the TV industry and who were asked, knew anything about ANN7's launch this evening, launch plans, have heard from the news channel, or received any basic publicity material.

Who knows, a few journalists might have filled those empty chairs and have responded with earned media stories.

A connected source tells TV with Thinus the sign outside the convention centre ball room earlier this evening didn't say ANN7 channel launch or something similar as is usually the case; only "Infinity Media dinner".

Infinity Media - funded by shareholders such as the politically connected Gupta family and even Duduzane Zuma, the son of president Jacob Zuma - are behind the launch of the news channel on MultiChoice's DStv satellite pay-TV platform. 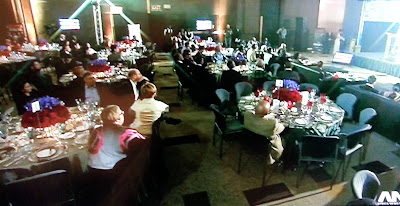 "We've set a bar," said Moegsien Williams, editor at The New Age newspaper, at the ANN7 launch event. He didn't however say how high ... or how low.

ANN7 started broadcasting on Wednesday evening on channel 405 on DStv and showed some of the launch event to viewers - empty chairs included. 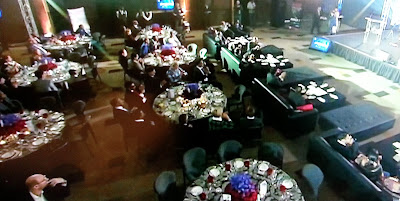