How Sony Channel's GoggleBox South Africa is cheating viewers; people made to believe that families are watch DStv content that's not been shown on DStv. 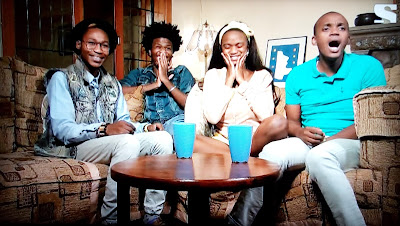 The Sony Channel and Gogglebox South Africa have so far remained silent on how its cheating DStv viewers by showing how families are purportedly watching content on MultiChoice's satellite pay-TV platform - although it was never actually broadcast.

Serious questions are now being raised over Gogglebox SA's production integrity and the show's authenticity.

It comes after DStv viewers are apparently being duped following the latest episode of the show, broadcast this past Thursday night, that showed how families were watching RuPaul's Drag Race on M-Net's VUZU channel on DStv.

The problem is that the show the families "watched" never aired.

The Sony Channel (DStv 127) showed that the first episode of the 8th season of RuPaul's Drag Race - the show's 100th episode - was watched by the GoggleBox SA families while it was actually never shown on either the VUZU or VUZU AMP channels in the first place.

That made it virtually impossible for the several families included in GoggleBox South Africa to really have watched it as they were shown doing in a lengthy part of the episode on Thursday night on the Sony Channel.

On screen, GoggleBox SA credited VUZU AMP channel and World of Wonder Productions, but M-Net's VUZU says RuPaul's Drag Race isn't actually on its schedule and line-up at all as either a first-run new season or as any repeats.

Vuzu told viewers who asked how it's possible that Gogglebox South Africa is showing families watching RuPaul's Drag Race on the Sony Channel, that the drag show reality competition show "will not be airing on VUZU AMP due to an oversight relating to the content licence deal".

Vuzu told TVwithThinus in response to a media enquiry that RuPaul's Drag Race "has been pushed back due to an oversight with the content licence deal" and that it will now only start on Sunday, 26 June at 22:00 and on the VUZU (DStv 116) channel, not VUZU AMP.

Gogglebox SA is the first local South African TV production for Sony Pictures Television's Sony Channel in South Africa and Africa, and is produced by Eject Media and Picture Tree.

The apparently staged "viewing" with in-show families watching DStv content that isn't actually on TV, raises questions about how real and authentic Gogglebox SA is.

The show's whole premise is predicated on showing viewers at home how others viewers in South Africa are responding to what everybody can watch on television and the content that was shown on MultiChoice's DStv in the previous week.

Gogglebox South Africa and the Sony Channel's territory director Sonja Underwood have not responded yet to a media enquiry made last week after the airing of the episode about how it was possible for the families to watch RuPaul's Drag Race on Gogglebox SA and DStv if the show wasn't broadcast and isn't on television at all.

Sony Channel says it is looking into the matter and is working in the issue.

It's not clear if there's possibly been other programming from the range of DStv channels included in the previous 6 episodes of Gogglebox SA that families were shown to be watching that might also not actually have been broadcast on MultiChoice's pay-TV service at the time of those episodes' recording.

Also not clear is where the shown footage for RuPaul's Drag Race comes from and how it was acquired in the first place.

It wasn't possible for the families in the show to watch it live on DStv sitting on their couches, or as a recording since it wasn't shown in the South African territory, yet the production somehow has the episode and showed families responding to it while watching it.