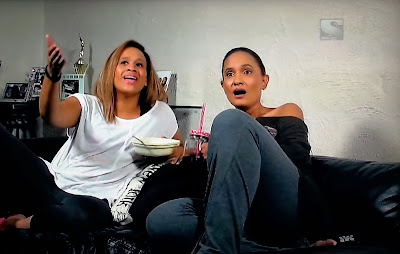 The Sony Channel says a fast turnaround time is to blame after filming the latest GoggleBox South Africa episode that showed families watching RuPaul's Drag Race on M-Net's VUZU channel - although the show and the episode never actually aired on DStv.

GoggleBox South Africa as the first local South African commission for Sony Pictures Television's Sony Channel (DStv 127) purports to show DStv subscribers how other South African viewers are reacting to what is being shown on television in the country.

The Sony Channel admits that the families are not actually filmed watching all of the shows live at the time it's broadcast on MultiChoice's various DStv channels.

The Sony Channel says the GoggleBox South Africa producers worked from the print schedules for April supplied by M-Net for its VUZU channel - a schedule that then changed.

In the 8th episode of GoggleBox South Africa that was broadcast on Thursday night, the Sony Channel showed how families watched the 8th season premiere episode of RuPaul's Drag Race.

The episode was however never screened on VUZU since M-Net ran into content licencing issues and pulled the show from its line-up. The 8th season of RuPaul's Drag Race will now only start on 26 June on VUZU.

It's not clear where Eject Media and Picture Tree got the episode to show the GoggleBox SA families, since it wasn't broadcast on DStv and therefore also couldn't be recorded. Passion Distribution is responsible for the international distribution and licensing of the World of Wonder produced RuPaul's Drag Race.

The inclusion of the "staged" programme that never aired but was presented in GoggleBox SA as being on TV in South Africa and Africa on DStv, is damaging to the authenticity of the show and Sony Channel's reputation.

"GoggleBox South Africa is a past 7 days review show, where our households review programmes which have aired in the past 7 days," says Sonja Underwood, Sony Channel territory director in a statement to TVwithThinus.

"Due to the fast turnaround of the show, some of the programmes are watched live and some are pre-recorded as the filming schedules don't allow for the live viewing of all programmes."

"Confirmed channel highlights are used when deciding on which shows to feature in each episode. Unfortunately there was an unforeseen schedule change resulting in the show in question not being broadcast," says Sonja Underwood.
on 4:00:00 PM