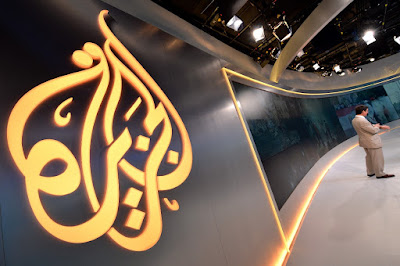 After a disastrous two and a half years, Al Jazeera America, the United States version of Al Jazeera English (DStv 406 / StarSat 257) seen in South Africa and across Africa, and the Arabic Al Jazeera elsewhere in the world, is abruptly shutting down at the end of April.

"The wind down of Al Jazeera America is not expected to have any impact on other businesses or operations of the network," wrote Mostefa Souag, the acting director general of Al Jazeera Media Network, in a note.

The ongoing plunge in the price of oil is blamed for the shutdown of Al Jazeera America - with oil now hovering around $30 a barrel, and with the Doha based Al Jazeera in Qatar largely propped up by the revenues derived from the oil-rich nation, Al Jazeera already indicated earlier that it's going to get rid of around 1 000 people across its global network.

With Qatar's economy - and depending so much on oil - doing less well, it's likely that Al Jazeera feeling the money squeeze, decided to pull the plug on a division running a news channel in a country that nobody was really watching.


In a memo to the staff, Al Jazeera America's chief executive, Al Anstey, wrote that "the decision by Al Jazeera America's board [to shut it down] is driven by the fact that our business model is simply not sustainable in light of the economic challenges in the U.S. media marketplace"

"I know the closure of Al Jazeera America will be a massive disappointment for everyone here who has worked tirelessly for our long-term future".

"The decision that has been made is in no way because Al Jazeera America has done anything but a great job. Our commitment to great journalism is unrivaled".

Al Jazeera America, since it launched in August 2013 in the place of Al Gore's Current TV, the United Kingdom version of which was seen on on Digital Media's (ODM) TopTV until it was shut down, has been a disaster, more in the news itself than making news.

Al Jazeera America hardly ever had positive news or bothered to speak about it, with the result that real negative insider stories - much like South Africa's public broadcaster, the SABC - constantly dominated the narrative and is what made the news when there was news.

The change and sale from Current TV to Al Jazeera America has been an ongoing legal battle with the channel barely registering viewers in America - often less than 30 000 during prime time in the United States.

Al Jazeera America struggled to get advertisers, to find viewers, to be taken seriously and to find credibility, all the while battling to be carried on some pay-TV operators in the United States.

Staff went on record last year about the "culture of fear" and directionless leadership inside Al Jazeera America which saw the controversial Ehab Al Shihabi removed as Al Jazeera America boss and replaced by Al Anstey, while a lot of staff fled and top executive left.

Just recently Al Jazeera America again made news - not for what it broadcast but the news channel itself: under scrutiny for the documentary that was also shown on Al Jazeera English and seen in South Africa about illegal sport performance enhancing drugs allegedly sent to the wife and house of the American quarterback Peyton Manning.
on 10:39:00 PM