A new Gauteng TV channel called GauTV will launch on MultiChoice's DStv satellite pay-TV platform on 19 October on channel 265 and will initially broadcast for 12 hours per day from 06:00 to 18:00.

GauTV as a new channel is specifically for MultiChoice and will broadcast exclusively on DStv. GauTV, produced by Zallywood Productions, will be available to DStv Premium, DStv Extra, DStv Compact, DStv Family and DStv Access subscribers.

The new channel which will cover the greater Gauteng province, will join the existing community TV station Soweto TV (DStv 251) which is growing in popularity and which has even surpassed SABC3 on certain viewership rating metrics in the past few years.

GauTV will help to fill the void after the community TV station Alex TV, stylised as lx tv, covering Alexandra and which was also available on Platco Digital's OpenView HD platform, was abruptly yanked off the air by the Independent Communication Authority of South Africa (Icasa) earlier this year after its broadcasting licence expired.

GauTV describes its programming as "a mixture of local programming from different municipalities with a modern high-powered aim at entertaining, educating and informing".

GauTV promises to show viewers the "lavish Sandton lifestyles" to the Bekkersdal township and will broadcast in various languages, including English, Afrikaans, Setswana, Pedi, Venda, Tsonga and Zulu. 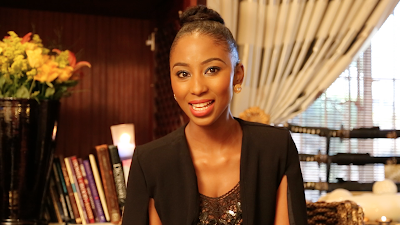 Some of GauTV's launch programming will include Picture Perfect (pictured) a lifestyle show about beauty tips and facial makeovers, Assertiveness as a youth talk show and Showbizz 411 as a weekly entertainment news programme.
on 3:42:00 PM