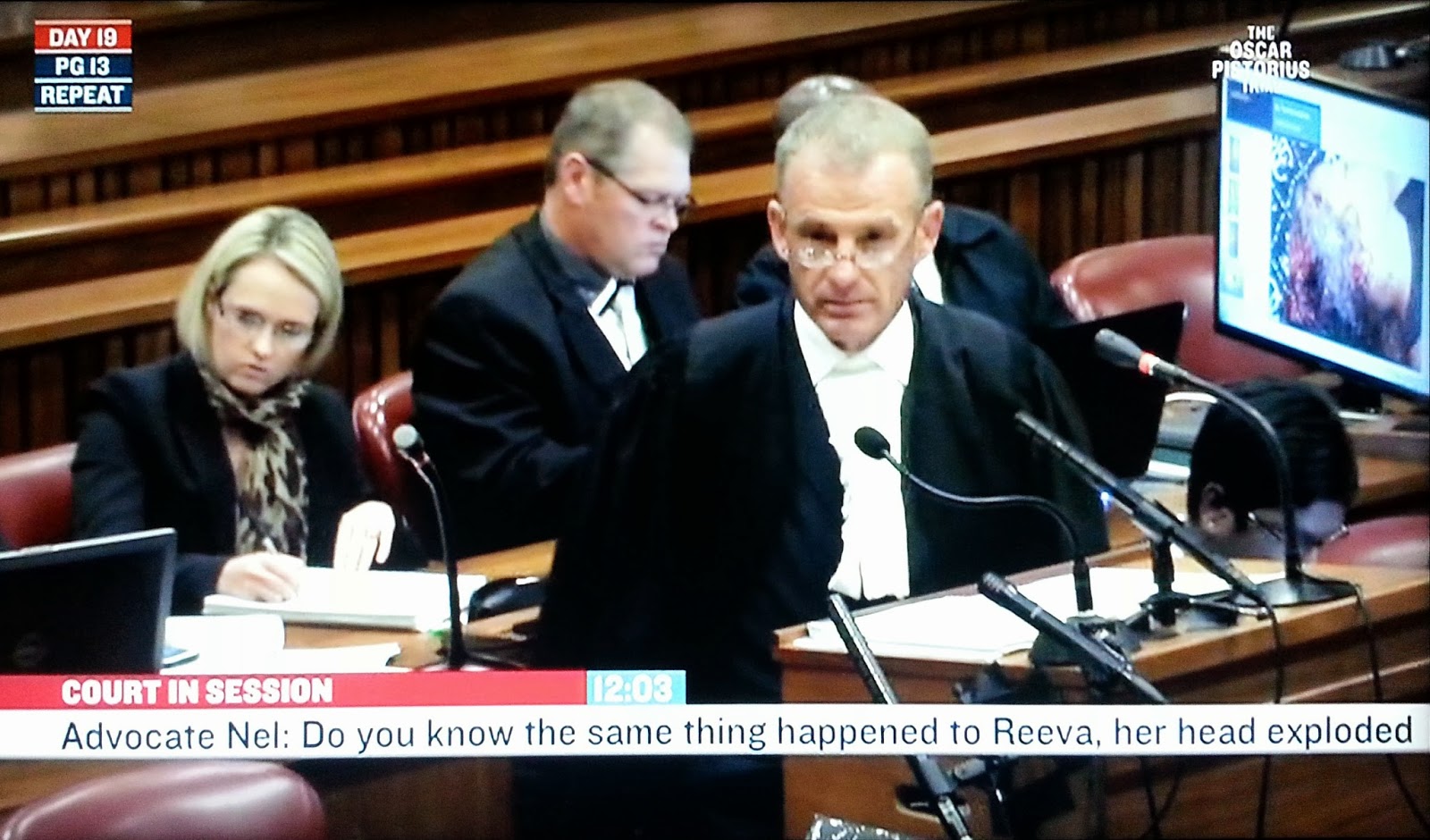 People in South Africa are completely shocked in today's Oscar Pistorius murder trial coverage as it was shown on television.

It happened when a gruesome and shocking image of victim Reeva Steenkamp, killed by Oscar Pistorius, taken by police on the night of the fatal shooting, was shown in full on TV on Wednesday.

(It is the side image visible on the screen at the right in the image above, which was shown, full screen, on broadcast television seconds later).

It's highly debatable whether this is/was remotely sufficient for the gruesome image which was shown on South African television today.

Broadcasters - not eNCA (DStv 403), ANN7 (DStv 405), SABC News (SABC News 404), OpenView HD's Oscar Pistorius Trial channel - had no prior warning that this shocking image of a dead Reeva Steenkamp and her head blown open, was going to be shown in court and with such severe and horrific impact.

However, why the image was repeatedly being shown on television in repeat broadcasts of the court proceedings, is unclear - although a channel like the Oscar Pistorius trial TV channel on MultiChoice did run an on-screen notification bar warning about "graphic evidence" and that "viewer discretion is advised".

Is the age restriction to show an image of a real-life person on broadcast television who is now dead - and who sustained gory and gruesome injuries and severe bodily trauma - only 13?

As a South African TV critic I do not have the answer to that question.

I'm deliberately not showing the image here - although people who tuned in to the TV channels broadcasting the court case had no prior warning and no choice.

They just unexpectedly saw it - the same way as the people inside the North Gauteng High Court who all let out a collective gasp.

Reeva Steenkamp's mother, June Steenkamp, who have sat in court every day as she did today, did get prior warning from the prosecutor that the image was going to be shown in court today.

"It got uncomfortable for people seeing Reeva's head up there, and it being juxtaposed with the watermelon exploding because of some fired shots. It painted a graphic and disturbing picture," said prof. Tawana Kupe, Wits academic and journalist, later, when he was interviewed on the Oscar Pistorius trial TV channel on Wednesday night.

"A very, very graphic image," said Alex Crawford, the Sky News correspondent, covering the Oscar Pistorius murder trial, "showing both bullet entry and exit wounds, brain matter all in her hair. And it was utter shocking".

I'm hiding the image which was shown on South African television behind a fold below. Do not scroll down further, or do not click on the link below if you do not want to see this image.

In edited news stories, 24-hour TV news channels like Sky News (DStv 402) which used pieces of the footage, it blurred both of the images, and told viewers before showing the specific scenes, that it blurred the images. 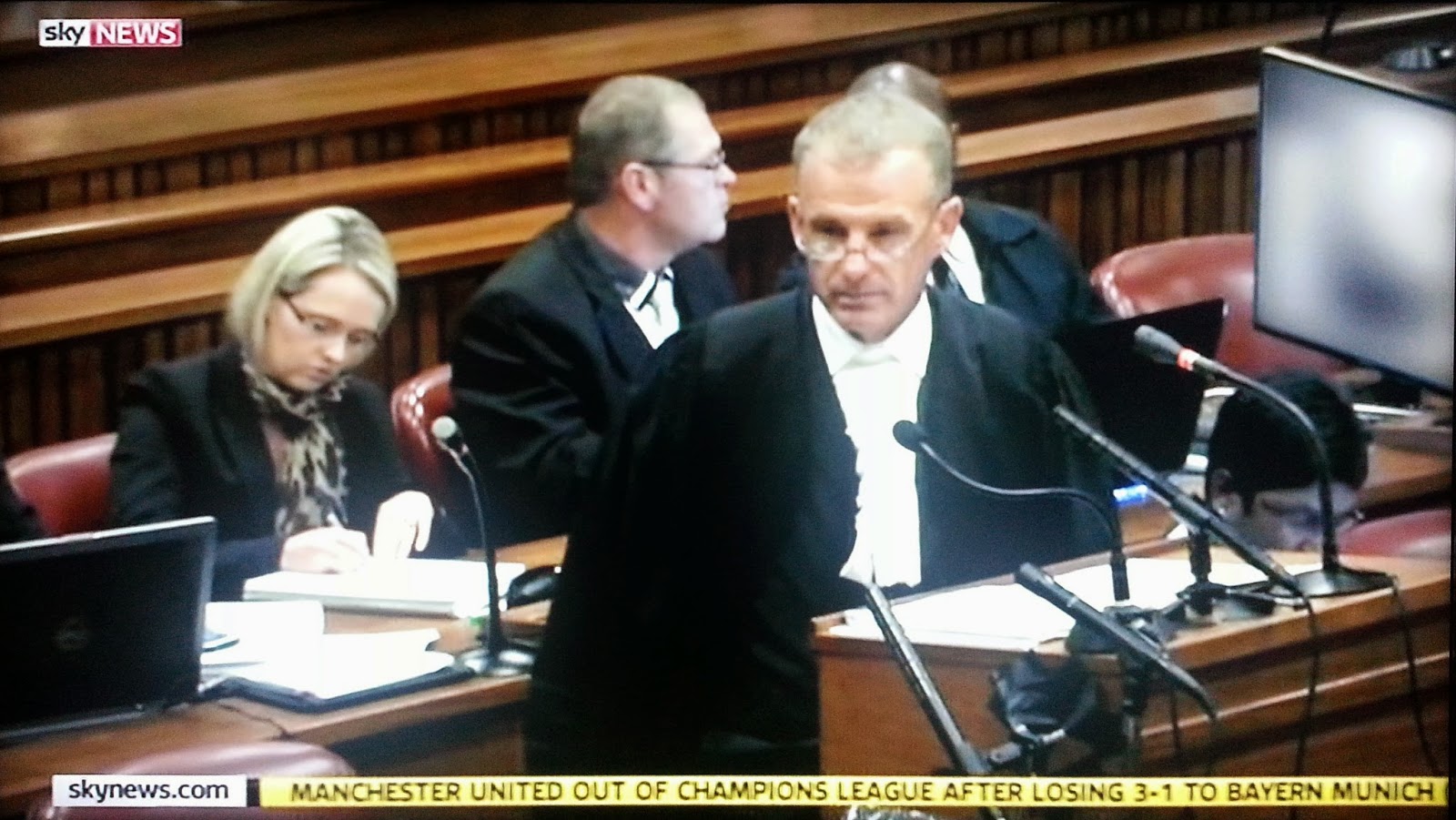 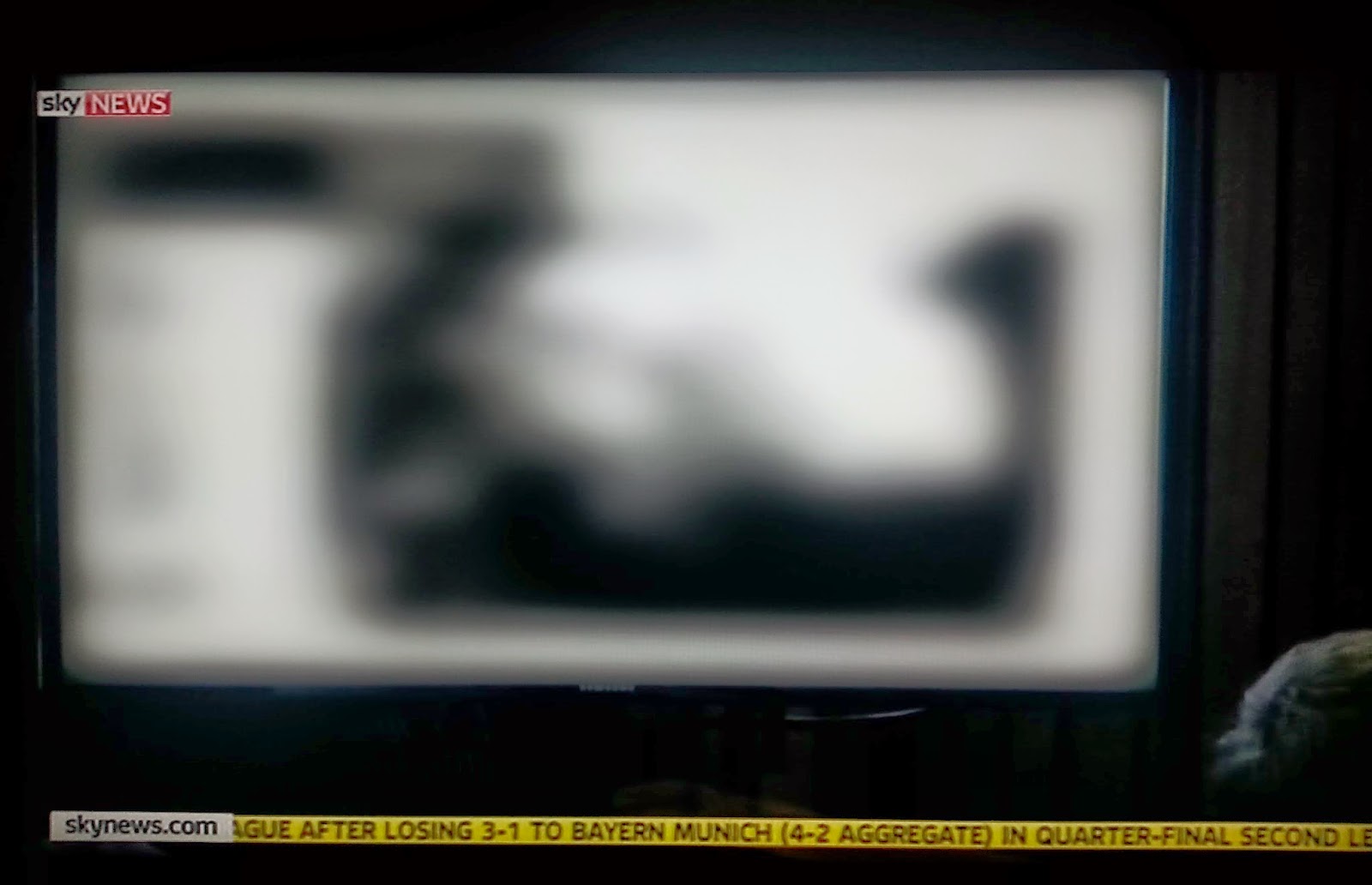 That an extremely graphic image like this was shown in a South African court is in itself not unusual. This is a murder case.

What is highly unusual, and that happened for the first time on South African television, is that it was shown to a broad public - a viewing public which includes and can potentially include anybody.

It's never happened before, is unknown territory, and potentially exposes people who did not want to see something like this - for instance a 15 year old, or a 55 year old, not tuned into a news programme - to something they can't "unwatch".

If you want to see it, you will have to click on the link below at the end of this article, but I cannot stress enough that it is highly disturbing, makes for disturbing viewer, and shouldn't be watched by sensitive people.
Is this image of a dead Reeva Steenkamp and her head injuries, shown today on broadcast television in South Africa, deserving of "only" a 13 age restriction? 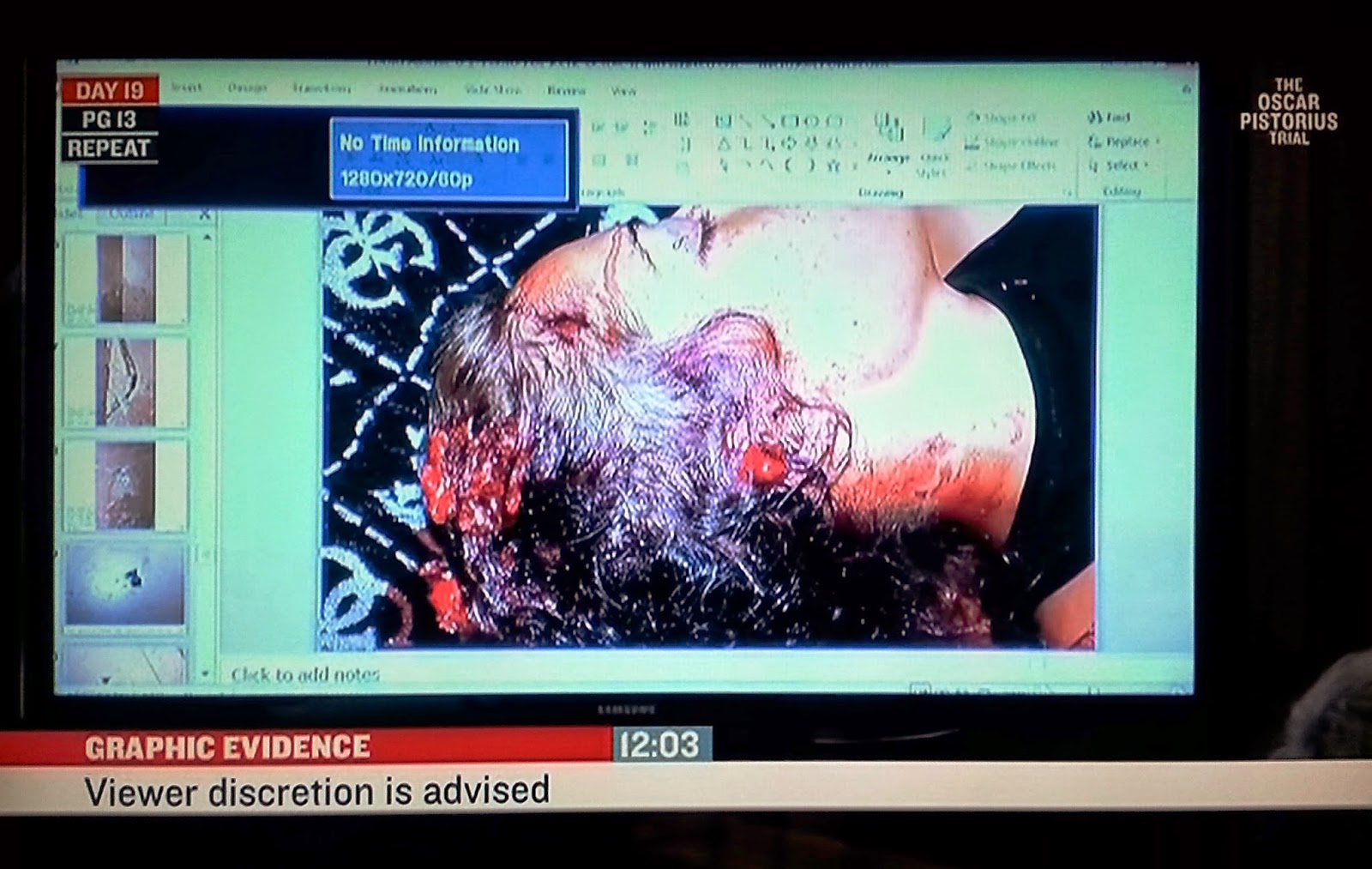