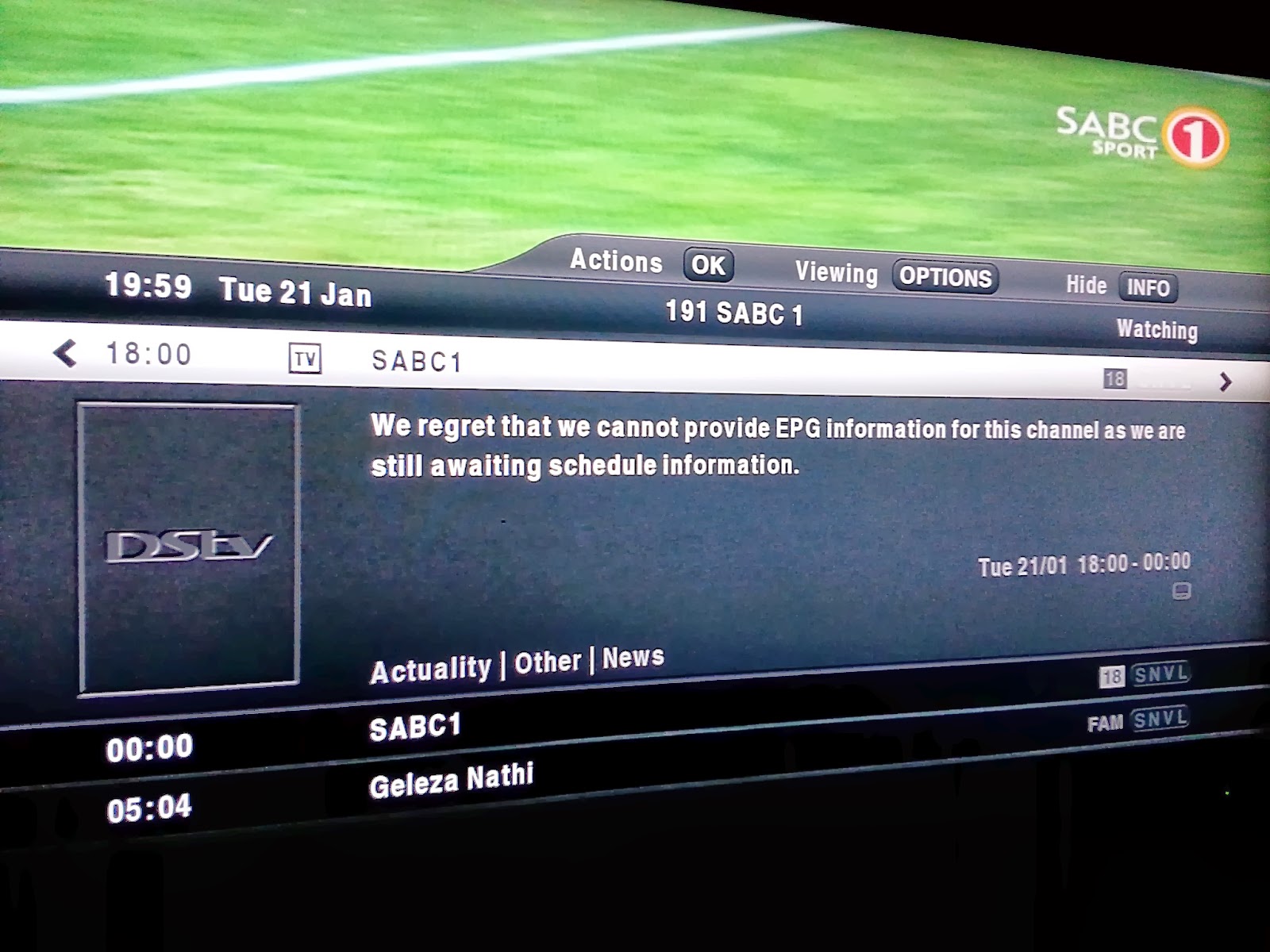 South African TV critics across South Africa on Tuesday blasted SABC1 for the SABC TV channel's apparent unprofessionalism and inability to supply consistent, timeous and correct scheduling and programming information to pay-TV operators such as MultiChoice's DStv and On Digital Media's (ODM) StarSat.

The lack of programming information made it difficult if not impossible for DStv and StarSat to fill and populate their on-screen electronic programme guides (EPG's), which led MultiChoice to simply give up since yesterday.

TV with Thinus on Monday reported that MultiChoice finally decided to drop SABC1 scheduling information from the DStv EPG, telling DStv subscribers in no uncertain terms that the pay-TV platform "cannot provide EPG information for this channel as we are still awaiting schedule information". 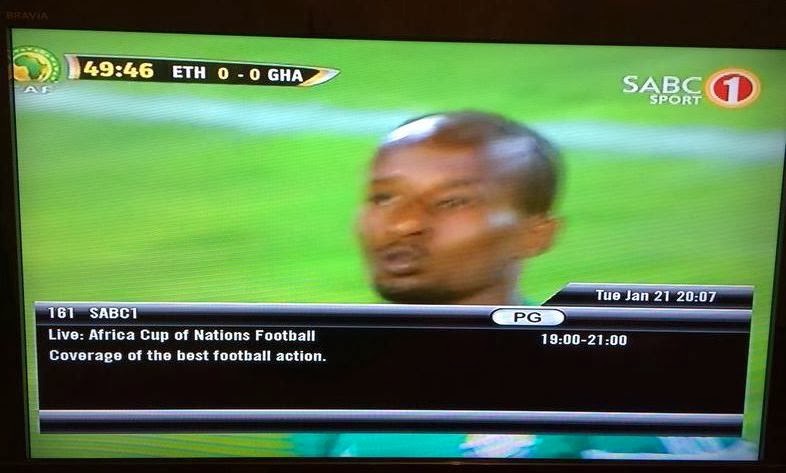 Likewise StarSat's EPG for SABC1 is as bare bones as it comes, leaving StarSat subscribers accessing that pay-TV provider's EPG also clueless as to what is showing.

The EPG embarrassment is ironically happening as SABC1 shunted its entertainment primetime line-up to sister channel SABC2 creating a difficult programming maze for viewers to navigate to try and find their shows, and as SABC1 is broadcasting CHAN 2014 soccer matches - which viewers don't know where to find, nor which countries are playing.

SABC1 is the most watched TV channel in South Africa according to viewership figures, making the missing programming schedule information mind-boggling and shocking.

Getting correct scheduling information and programming synopses from certain SABC TV channels has been an ongoing struggle for South African TV critics for years.

All of the TV critics TV with Thinus spoke to on Monday and Tuesday deeply felt, shared, and instantly had sympathy for MultiChoice's pain - they also publicly heaped scorn on SABC1.

The SABC remained silent on Monday and on Tuesday, and didn't respond to media enquiries made on Monday morning seeking clarification and comment from the South African public broadcaster's corporate communications office, as well as from SABC TV public relations executives, as to what is going on and why there is this problem.

While the SABC remains on mute, South African television critics however are not holding back their contempt for SABC1, ripping into the TV channel and calling SABC1 "incompetent" and "dismal".

The veteran TV critic Tashi Tagg from Cape Town, and editor-in-chief of TVSA, is blasting SABC1 with a "rock bottom alert!" on TVSA, noting that the worsening SABC1 programming scheduling information and now total lack thereof is "a meltdown that's been happening for months already" and which has now "plunged to a new all-time low yesterday".

"Clearly the person at SABC1 who's responsible for submitting the info to DStv has gone on an extended holiday of epic proportions and has no intention of ever returning. If they care so little about what's happening with the channel on the PVR there's no ways they care enough to return to work," wrote Tashi Tagg.

The Johannesburg based TV critic and columnist and entertainment commentator Phil Mphela wrote on his site that he's "livid", and likewise blasted SABC1 on Tuesday, saying its "inexcusable, deplorable and downright incompetent for a number one channel in this country to still be experiencing these amateurish mishaps".

"This is beyond embarrassing for the channel, it is just pure lack of professionalism or care for the channel's viewers?" asked Phil Mphela in his column.

"What the heck is going on at SABC1? Get your act together and fire people who do not do their jobs. You are the channel for the people. The masses of Mzansi love you, they have made you number one. Do not be arrogant and disrespect them by offering mediocrity all the time."

"If you can't put on better programming then, for the love of God, provide better services with your channel broadcast. It is the least you can do," Phil Mphela wrote on Tuesday.

He also wrote to tell me: "It is disheartening to know that in 2014 a channel as popular as SABC1 would still be making such elementary blunders. It leaves one wondering if it is just a case of incompetence or a blatant disregard for respecting the viewers because the channel knows the masses will still watch."

"'If the SABC is to restore any sense of confidence from its viewers, it ought to start holding its stuff accountable. Someone is not doing their job and they should not be getting a paycheque."