South African public broadcaster plans to get rid of 700 workers as SABC wants to rid the corporation of 1 in every 5 workers. 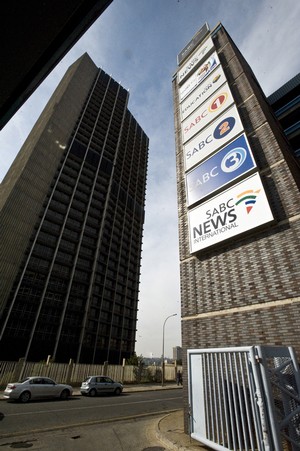 The South African public broadcaster is planning to get rid of 699 workers - 1 in 5 - as the SABC plans to shed jobs as part of its turnaround strategy over the next two to three years.

Justice Ndaba, the SABC's acting head of human capital services told parliament's portfolio committee on communications that the SABC is getting ready to get rid of 699 of the public broadcaster's current 3 699 workers within the next two to three years. That means that 1 out of every 5 current SABC workers will no longer be employed by the public broadcaster by 2014 as part of the corporation's turnaround strategy that includes drastically shrinking the workforce.

The SABC's turnaround strategy is in full swing, however the trade union MWASA is taking the SABC to the Commission for Conciliation, Mediation and Arbitration (CCMA) seeking a reversal of all the decisions thus far carried out by the SABC and for ''the corporation's insistence on unilateral implementation of decisions on the restructuring process''. MWASA claims ''the SABC had misled parliament and the whole world that they had consulted organized labour when they actually had not done so''.

Another trade union, Bemawu tells TV with Thinus ''it's shocking that the SABC is talking about letting workers go while the SABC, on a daily basis advertise positions and appoint new people - especially on senior level - and that without following internal processes.'' Bemawu says the tradeu union is ''incredibly concerned'' about the SABC's turnaround strategy ''which seems like nothing more than to get rid of a previous regime and to bring in associates and friends''.

Bewau claims the SABC is once again busy with wasteful expenditure, saying ''18 iPads have been bought for top management while at least R22 million has been payed to Deloitte Consulting so far, amongst other things for the implementation of phase 2 of the turnaround strategy, while not a minute has been spent consulting with trade unions''. ''We're very scared that if retrenchment packages are given, that it will be the personnel working at the SABC the longest - who have the knowledge and expertise - who will leave first, having a massively debilitating impact on the public broadcaster.''

The Independent Producers' Organisation (IPO) and the South African Screen Federation (SASFED) are saying that they also, haven't been consulted by the SABC on the broadcaster's turnaround strategy. ''At a consultation meeting urged by SASFED on 17 January SABC management said its turnaround strategy, as had previously been presented to parliament, was a work in progress that remained open to accommodating the perspectives of the independent television production industry. The SABC committed itself at this meeting to substantive discussions in advance of further presentation to parliament,'' says the groups in a strongly-worded statement.

''To date this commitment has not been honoured and the independent production sector - a vital stakeholder in public broadcasting at the operational coalface with the SABC and directly subject to its deficiencies, is concerned its points of view may not be represented in the turnaround plans being developed,'' says the groups that collectively represent more than 300 000 workers in South Africa's TV production sector.
''The IPO, SASFED and the TV Industry Emergency Coalition (TVIEC) have for the past year tabled a range of ideas about the turnaround of the SABC,'' they say.
on 10:52:00 AM