Coronavirus: SuperSport-produced HomeGround on Mzansi Magic shuts down over Covid-19: 'We've taken the decision to be off-air for a few weeks until further notice'. 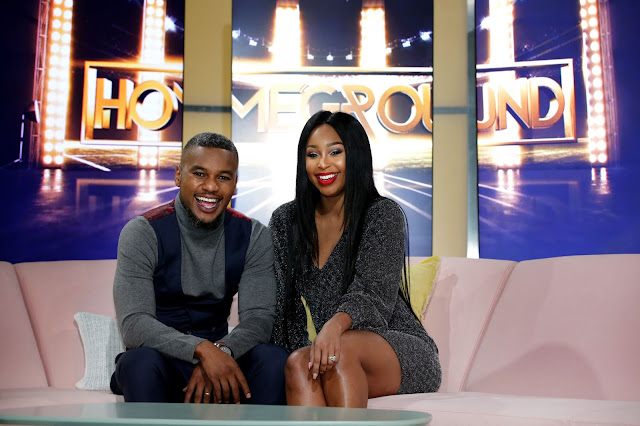 SuperSport and M-Net have shut down production indefinitely on its local celebrity and sports interview show HomeGround done for Mzansi Magic (DStv 161) due to the rapid increase of Covid-19 in South Africa as the global coronavirus pandemic keeps spreading.

On Sunday evening president Cyril Ramaphosa declared a national state of disaster and announced drastic measures to try and curb the spread of the virus in the country, including banning gatherings of more than 100 people.

Monday night's episode of HomeGround with presenters Lungile Radu and Minnie Dlamini-Jones was the last for the time being, with the lifestyle sports magazine show that features celebrity guests as well as artists who perform and is produced by SuperSport for Mzansi Magic.

kykNET told TVwithThinus on Wednesday that it won't be shutting down Tjoks & Tjops on its kykNET (DStv 144) channel, an Afrikaans sports lifestyle show that follows the same format but that the channel is relooking the show's format and content and will comment about it soon.

Similar to the BBC, the South African public broadcaster is postponing shows that would have filmed in April that makes use of an in-studio audience or performances, with the SABC that is also trying to pre-record some live shows to stock up in case it's needed.

kykNET's second season of its talent search reality show Maak My Famous with Emo Adams that uses an in-studio audience in Cape Town decided to postpone filming to later in April for the time being.

Since Sunday Mzansi Magic was asked several times which shows on its schedule has temporarily ended or been postponed because of growing coronavirus fears but didn't respond with a list.

"After the president's address we've taken the decision to be off-air for a few weeks until further notice," said Minnie Dlamini-Jones in Monday night's last HomeGround episode for now.

"We will be back. Make sure that you self-quarantine and look after yourselves and lets see if we can get that [Covid-19 infection rate] number down to zero so things can go back to normal as soon as possible because we can't wait to be back on your screen," she said as she demonstrated an elbow-bump with Lungile.
on 12:02:00 PM