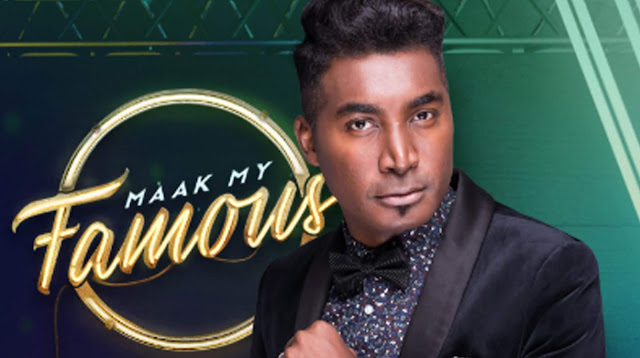 Production has temporarily shut down and the start of filming pushed out until April on the second season of the Afrikaans talent search reality series Maak My Famous produced in Cape Town due to the growing Covid-19 coronavirus pandemic spreading in South Africa and globally.

Maak My Famous with hosts Emo Adams and Tarryn Lamb makes use of an in-studio audience with members of the public with episodes that are recorded at the Roxy Review bar at GrandWest Casino but which will now only start at possibly 14 April 2020.

"As the rest of the country takes precautionary measures to minimise the spread of the Covid-19 we have decided to postpone our current production schedule," says Emo Adams in a press statement that was issued on Tuesday evening by kykNET only after the close of business and only after a notice was posted first on social media and not by kykNET itself.

"We thank the audiences that have been supporting our live recordings and look forward to sharing the journey of our Top 48 with viewers in April," says Emo Adams.

Karen Meiring, M-Net director of kykNET channels, says "The first season of Maak my Famous was a runaway hit that had about 1.4 million viewers voting to secure the top 2 talents in the competition".

"The feedback from our current live audiences have been extremely positive and we know that viewers are going to be just as excited about the incredible talent our country has to offer."

"We are really excited about the second season but right now we need to take the necessary precautions, in April the production and journey to find our next Maak my Famous winner will continue."

kykNET hasn't announced any other shutdowns of any of its other local shows, or a temporary shutdown or banning of audience members from shows making use of an in-studio audience.

kykNET has been asked since Sunday evening about the issue and which of the channel set's series are ongoing and which are shutting down.

kykNET referred the media enquiry to MultiChoice which runs the DStv satellite pay-TV service on which the kykNET channels are carried. MultiChoice spokesperson Benedict Maaga haven't yet responded with any answers.
on 6:17:00 PM