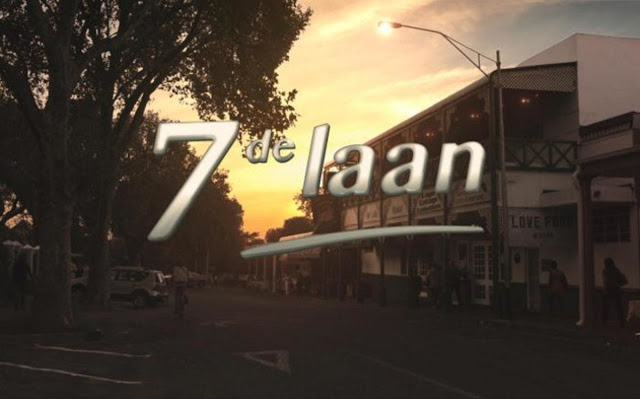 The South African public broadcaster's 7de Laan Afrikaans soap on SABC2 has become the first locally-produced weekday series to shut down production temporarily because of the rapid spread of the Covid-19 coronavirus in the country and globally.

Other broadcasters and shows remained silent on Tuesday after they were asked what they're doing and if or when they're pulling the shutters down and dimming the studio lights.

On Monday night president Cyril Ramaphosa announced a national lockdown that will come into effect for 21 days in South Africa to try and curb the spread of the global novel coronavirus pandemic in South Africa.

It will see all of the other weekday soaps on the SABC's SABC1 and SABC2 channels like Uzalo, Generations, Skeem Saam, Muvhango and Lithapo; on e.tv like Rhythm City, Scandal! and Imbewu; M-Net's 1Magic (The River) and Mzansi Magic channels (Isibaya and The Queen), and M-Net's kykNET channel (Getroud met Rugby, Binnelanders, Suidooster) shut down by the latest on Thursday 26 March 2020.

Locally-produced entertainment magazines shows doing weekly episodes seen on SABC1, SABC2, kykNET, Mzansi Magic and other channels will likely also be forced to shut down, including youth afternoon blocks like YO.TV on SABC1.

SuperSport on MultiChoice's DStv satellite pay-TV platform will also very likely be forced to shut down all of its locally-produced talk and sports magazine discussion shows broadcast on the various SuperSport channels.

In addition, the cinema chain Ster-Kinekor will be forced to close in the way that Nu Metro shut down its movie threatres on Tuesday.

Broadcaster's in-house produced news and current affairs programming on the SABC under the SABC News banner, e.tv, and kykNET under its kykNET Verslag banner will likely continue uninterrupted.

Danie Odendaal Productions said on Tuesday evening that it will shut down on Wednesday 25 March 2020 but says enough episodes have been produced and are in post-production to play out until 25 May 2020 on SABC2.

"In compliance with the nationwide lockdown as announced by president Cyril Ramaphosa on 23 March 2020 we wish to inform you that Danie Odendaal Productions will discontinue production of the Afrikaans soapie 7de Laan effective 25 March 2020," the soap tells TVwithThinus.

"As the show is filmed two months ahead of time, we can reassure viewers that 7de Laan has got episodes in production until 25 May 2020".

"While the uncertainty of what the future holds looms, we can only hope that by playing our part, our collective efforts will yield the desired outcome of containing the spread of the coronavirus and protecting those most vulnerable to this pandemic."

"We encourage all citizens to rally behind the president and comply with all restrictions set in place for the greater good of us all," the show says.

SuperSport referred media enquiries on Tuesday about which of its locally-produced shows will shut down to MultiChoice. MultiChoice haven't responded by the time of publication of this report.

The SABC responded and said it would have an answer on Wednesday. kykNET said that it would stll respond.

Mzansi Magic was asked what is happening with the current season of Idols in production, how the 21-day shutdown of the show will it affect it specifically and what the [SIC] Entertainment produced singing reality show will do during the next 3 weeks but M-Net's publicists responsible for the channel didn't provide any answer about Idols.
on 6:59:00 PM