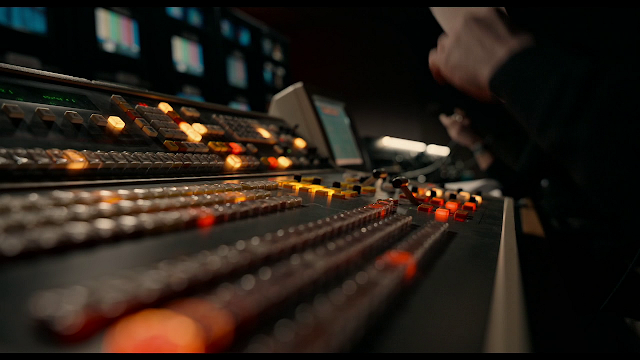 South Africa's film and TV industry will shut down from midnight on Thursday 26 March 2020 for 3 weeks after president Cyril Ramaphosa announced a national shutdown for 21 days to try and curb the rapid spread of Covid-19 novel coronavirus cases in the country.

The national shutdown that will last until midnight on Thursday 16 April 2020 will see essential services like pharmacies, doctors, petrol stations, hospitals and supermarkets remain open in South Africa.

"Our country finds itself confronted not only by a virus that has infected more than a quarter of a million people across the globe, but also by the prospects of a very deep economic recession that will cause businesses to close and many people to lose their jobs," Cyril Ramaphosa said.

TV shows like the country's locally-produced soaps done by the SABC, e.tv and M-Net's collection of its channels on MultiChoice's DStv satellite pay-TV service will all close down similar to what happens during the Christmas end-of-the-year holiday, as well as the various film studio complexes and the movie theatres of Ster-Kinekor and Nu Metro.

The South African public broadcaster will continue to run int in-house produced programming, including SABC News and current affairs across its TV channels and radio stations.

Companies whose staffers are exempt from the shutdown and are expected to still go to work are those responsible for telecommunications services like Telkom, Vodacom, MTN and Cell C.

Cyril Ramaphosa called on large businesses to take of their workers.

"We are in consultation on a proposal for a special dispensation for companies that are in distress because of Covid-19. Through this proposal employees will receive wage payment through the Temporary Employee Relief Scheme which will enable companies to pay employees directly during this period and avoid retrenchment."

Cyril Ramaphosa said that "any employee who falls ill through exposure at their workplace will be paid through the Compensation Fund".

"In the event that it becomes necessary we will utilise the reserves within the UIF system to extend support to those workers in small and medium enterprises and other vulnerable firms who are faced with loss of income and whose companies are unable to provide support."

"Using the tax system, we will provide a tax subsidy of up to R500 per month for the next 4 months for those private sector employees earning below R6 500 under the Employment Tax Incentive. This will help over 4 million workers," Cyril Ramaphosa said.

"I want to make it clear that we expect all South Africans to act in the interest of the South African nation and not in their own selfish interest."
on 8:38:00 PM