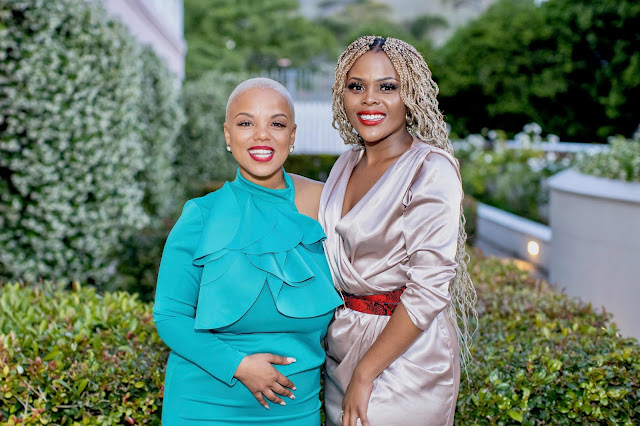 SABC3's weekday morning show Expresso will add Jamie-Lee Domburg and Kuhle Adams as the show's two new presenters after they won the Presenter Search on 3: The Expresso Edition on Wednesday night.

Jamie-Lee Domburg, a single mom from Plumstead, and Kuhle Adams from Port Elizabeth who now lives in Johannesburg, will replace Ewan Strydom and Zoe Brown who exited the morning programme earlier this year.

The winners who took part in the latest edition of the Presenter Search on 3 talent reality show were announced in the final episode at Cape Town's Mount Nelson hotel last night.

Both will start on Expresso, produced by Cardova Productions, on Monday 4 November.

"We've been warned about the hard work that is ahead, about the early mornings and the late nights but we are so ready," says Kuhle who will have to move from Johannesburg to Tokai in Cape Town where the Expresso studios are now located.

"This is not television – this is dreams come true," says Jamie-Lee.

For their final challenge, the remaining four finalists - Nathaneal Davids, Jamie-Lee, Deen Woodman and Kuhle - had to conduct an interview with a high-profile guest in the Expresso studio.

"All four of them are so talented – they all have the potential to do the job – and after spending so much time watching them grow, and take notes, and improve from one episode to the next, it was really hard to have to make that final choice," said Presenter Search on 3 judge Thando Thabethe.

In the end the judges were unanimous in their final decision. "It was a really tough call, but I feel confident that we made the right decision here tonight," said judge Roger Goode.

Patience Stevens, executive producer, said "Congratulations to Kuhle and Jamie – I am extremely excited to welcome them on to Expresso and can’t wait to see them develop as they grow in confidence and experience".

"But I know that we have not seen the last of Deen and Nathaneal either and look forward to seeing how they take the exposure they had with this show and make that work for them in their future careers."
on 8:07:00 AM