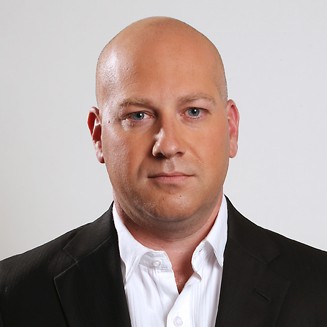 eNCA's new news boss Ben Said (45) who recently returned from Turkey to head up the South African TV news channel has died after a tragic drowning accident on Monday afternoon whilst on vacation with his family in Mozambique.

"It is with devastation shock and deep sorrow that eNCA announces that the channel’s director of news," eNCA says in a statement.

"Ben Said drowned while on holiday with his family in Mozambique on Monday afternoon. Ben had recently returned to South Africa from TRT World in Turkey and had re-joined the senior management team at eNCA."

eNCA editor Jeremy Maggs says "Ben was one of the country's best television journalists and his loss to the station is immense. Having just re-joined the station he was already making his presence felt across all aspects of the business. We are all in deep shock."

"eMedia investments extends its sincerest condolences to his wife Nicky and his daughters Lily and Bella."

On Tuesday morning, Ben Said's brother Nick wrote on Facebook: "It is with unbelievable sadness that I confirm my beloved brother Ben Said passed away suddenly while on holiday in Mozambique. Our family is devastated, and our hearts bleed for Nikki and the girls. We have lost a wonderful man. We will let you know about funeral arrangements in due course."

Nick in an interview with the Cape Talk radio station said that Ben Said was supposed to go snorkelling with two friends after the family and friends played cricket on the beach but then said that he wasn't feeling well. The two proceeded and left Ben who was knee-deep in the water.

When they returned they found him dead in the water where he likely collapsed.

The South African government in a statement on Tuesday said that it "conveys its deepest condolences to the family and friends on the passing away of journalist and eNCA director of news, Ben Said".

"The death of a journalist of Ben Said's calibre makes the media profession poorer," said government spokesperson Phumla Williams. "The industry, and in particular journalists, plays a critical role in shaping public discourse, equipping citizens with information, and strengthening the country's democracy."

"The government extends heartfelt condolences to the family, friends and colleagues of Ben Said."

The South African National Editors' Forum (SANEF) in a statement said that "SANEF is deeply saddened by this loss to the media industry and we send our deepest condolences to his wife Nicky and his daughters Lily and Bella as well as his family, friends and colleagues across the media industry".

After three and a half years in Istanbul, Ben Said returned to South Africa and eNCA after he joined e.tv as a producer in 2000 long before eNCA, formerly the eNews Channel, existed, and e.tv just started its eNews brand doing news bulletins for e.tv.

Ben Said became a senior reporter covering a large number of stories for eNews on e.tv and was eventually appointed group news editor at eNCA. Throughout his first 15 year career at e.tv and later eNCA and although moving into a news management position he kept appearing from time to time to report on-air and to give analysis.

ALSO READ: Reaction from the public and media fraternity following death of eNCA news boss Ben Said: 'His powerful presence in the newsroom will be missed but never what he's taught us'.
on 10:42:00 AM