Reaction from the public and media fraternity following death of eNCA news boss Ben Said: 'His powerful presence in the newsroom will be missed but never what he's taught us'. 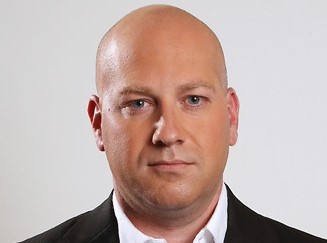 Reaction kept pouring in following the tragic, shocking and unexpected death of eNCA's (DStv 403) news boss Ben Said who drowned in a tragic accident in Mozambique on Monday afternoon whilst on holiday:

Philip Owira said "I worked under the leadership and guidance of Ben Said for over a decade. In South Africa he always allowed me to push the boundaries in terms of story telling. He gave our small eNews Late Edition team in Cape Town the freedom to produce a bulletin in an unconventional way."

Mpho Lakaje said "I can't believe my former editor at eNCA Ben Said has passed on. What an amazing journalist and human being. Rest In Peace my dear brother."

Sharon Ogunleye said "I worked with your team for a short while. You never said no to any of my story ideas. You were a quiet man but you made a huge impact.I was inspired each time you went to the field. Your writing style always amazed me."

Johnnie Isaac said "We had the management of Patrick Conroy, Ben Said, Mapi Mahlangu and others. We feared Patrick for his no-nonsense approach and found refuge in Ben's gentleness."

Samora Biko said "I would never forget the name Ben Said. I worked with him in our early years at e.tv at the time. A gentle giant. Soft spoken yet loud. It’s an absolute devastation what I hear and may your family find peace. RIP brother."

Robyn Kriel said "Devastated to hear about my former boss and friend Ben Said's passing. His poor family. What a wonderful guy".

Gaopalelwe Ditinti said "I met him a couple of years ago with my sister who was at Juta buying textbooks. Ben Said was outside with an eNCA or eNews camera and mic. A kid recognised his and yelled 'Ben Said, eNews, Pretoria!' He smiled from ear to ear and was nice to everyone who greeted him".

Simon Stephens said "I wept at the news then broke it" and that Ben Said "was over my shoulder in the control room on Friday and we laughed about something. His clubs are in my garage. Awful day".

Shahan Ramikissoon said "Ben Said will forever be someone I look up to for his fearless, outstanding journalism. His powerful presence in our newsroom will be missed but we will never forget everything he's taught us".

One of the most difficult things I've had to do on air but I had to because we need to honour someone like Ben Said. We pay tribute to a man who inspired courage. One of the greatest TV journalists. A poetic writer, fearless in his approach to tell the truth. #RIPBenSaid pic.twitter.com/LkvWlDbMIe
— Shahan Ramkissoon (@ShahanR) August 27, 2019


Narissa Subramoney said "Ben Said told me I would have to fight for my ideas because TV is cutthroat and everyone thinks their ideas are better. I replied that I would be in his office, fighting daily. He said his door is always open. He was fair in an unfair world and kind in a cutthroat industry".

Karyn Maughan said "Ben Said persuaded eNCA to hire me when I was a punky-looking newspaper reporter with black and pink hair and terrible dress sense. He was an incredible, thoughtful journalist and a great boss. I am devastated by his passing, and my heart breaks for his family. This is beyond sad".

Louis Oelofse said "I'm not sure what an immense impact Ben Said has had on my life" and that he and Ben Said the last few months often spoke about his plans for eNCA. "Ben was friendly, inspiring, a voice of reason with a dry sense of humour. Hy was my friend and one of the good guys."

Samkele Maseko said "Farewell Ben Said. You were a great listener, gave direction and provided leadership. You always gave constructive criticism on one's packages. You will be missed".

Hopewell Chin'ono said "I'm gutted to hear of the tragic passing of my friend and journalism colleague Ben Said. We worked together on many big stories under the most difficult of circumstances but his laughter always broke the ice when there was fear".

Derek van Dam said "I'm so saddened to hear this news of the passing of a great colleague, excellent journalist and wonderful mentor during my time at eNCA in South Africa. He will be missed. Rest in peace Ben Said".

Twanji Kalula said "Ben Said intimidated the hell out of me when I joined eMedia as a young media person. I thought he was so smart and talented, and wanted to be in the same league someday".

Paula Slier said that she's "shocked and deeply saddened to hear the tragic news about Ben Said's passing. I saw Ben during my last trip to South Africa a few weeks ago and was reminded again of what a perfect gentleman and outstanding journalist he is - and will always be remembered as".

Kieran Burke said "Heartbroken. We've lost an immense person. Ben Said, I count myself lucky to have known you. Rest well my friend, until we meet again".

Chriselda Lewis said "As a media practitioner, I am very sad to hear this. We all had great respect for Ben".

Peter Ndoro said "so sorry to hear this very sad news. What a loss. My deepest condolences. My thoughts and prayers are with your whole family".

Chris Bishop said "One of the best. Ben I shall never forget you, nor your passion for the job".

Marcelle Gordon said "Ben was just beginning to rev those journalistic engines in his new gig at eNCA and he was happy to be home. What a tragic loss".

Robin Adams said "My heart is so sore".

The South African government in a statement on Tuesday said that it "conveys its deepest condolences to the family and friends on the passing away of journalist and eNCA director of news, Ben Said".

"The death of a journalist of Ben Said's calibre makes the media profession poorer," said government spokesperson Phumla Williams. "The industry, and in particular journalists, plays a critical role in shaping public discourse, equipping citizens with information, and strengthening the country's democracy."

The TRT World news channel in Turkey in a statement on Tuesday said that "the news of Ben Said's death has brought immense sadness to the entire TRT World family. Ben Said was an excellent journalist and has inspired many of us who had the honour of working with him here at TRT World. He played an essential role in shaping the channel".

Riyaad Minty said "Ben Said was a fantastic journalist who always had time to pass on his knowledge to younger people in the newsroom."

Mapi Mhlangu said "I'm devastated. Ben Said was a brilliant television journalist and a perfect gentleman. He was group news editor when I served as head of assignments. I used to assign him and just marvel at his craft.Who can forget the Marikana story told through vide footage?"

Bongiwe Zwane said "What a boss! The best manager I have ever worked for. After Jeremy Maggs recommended me for a reporter position, Ben Said took a chance and hired me. The rol you played in shaping my career is immense. Broadcast journalism is poorer without Ben".

Annika Larsen said "You were so decent. Infuriatingly principled at times. There's a song playing on the radio right now 'Lean on me'. Sometimes in our lives we all need someone to lean on. We leaned on you. Thank you".

Simon Marks said "Waking up in the United States to learn of the tragic death of Ben Said, veteran of both eNCA and TRT World. A good friend to all at FSN, we'll greatly miss his wisdom, advice and untrammelled enthusiasm for great stories. An enormous loss to his family, his friends and the industry".

Luyanda Maone said "I worked with him at eNews for 3 years - principled, kind, thorough and very soft-spoken. The world is a poorer place without him in it."

Kungawo Inga said " 'Ben Said, eNews, Johannesburg.' I grew up loving that line. I'd even wait tilthe end of a clip and say it together with him! He was the man who inspired me to fall in love with and study journalism".

Melanie Rice said "It's not surprising to see how many lives Ben Said touched and how many young journalists he mentored. It's devastating to realise how many more lives he would have changed through his leadership. His death is a huge loss."

Cathy Mohlahlana from Newzroom Afrika said "What a tremendous loss to broadcast journalism. Ben was my manager and the one who recruited me to eNCA. He convinced me to give TV a try. Condolences to his family. We will never forget him".

Patrick Conroy said "Devastated at the passing of my friend for 30 years. From students to radio and then TV. I can't imagine working in media without you Ben. All the achievements would not have been possible without you my friend. You contributed so much to this country. We will miss you greatly."