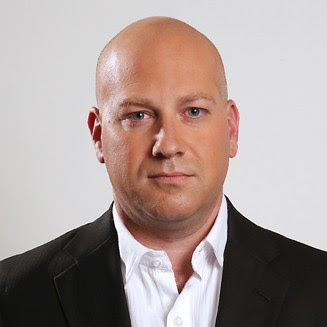 eNCA (DStv 403) is losing its group news editor, veteran news man Ben Said, who is leaving Sabido's South African 24-hour TV news channel at the end of the year after 15 years with e.tv (read his internal farewell letter to eNCA colleagues below).

2015 continues to be a bad year for eNCA as the channel is going through a painful downsizing, having closed international bureaus, shuttering its entire African division outside of South Africa, cancelling several programming strands and actuality shows and shedding staff.

Following multiple high profile departures this year and the loss of several on-air personalities gone from eNCA so far this year, Ben Said's looming departure in December is the latest personnel loss impacting morale at the channel which is still the most watched TV news channel on MultiChoice's DStv platform in South Africa.

Ben Said is joining TRT World, a new English TV news channel start-up from broadcaster TRT in Turkey, where he will join, in a senior position, some former eNCA colleagues and other South Africans who've also joined the new channel.

Ben Said became a senior reporter covering a large number of stories for eNews on e.tv and was eventually appointed group news editor at eNCA. Throughout his 15 year career at e.tv and later eNCA and although moving into a news management position he kept appearing from time to time to report on-air and to give analysis.

"He has been an inspirational leader committed to mentoring the next wave of management and dedicated to transformation within the company," says Patrick Conroy, eNCA managing director.

"It has been an absolute privilege to grow alongside eNews and eNCA for the past 15 years," says Ben Said. "While I am incredibly sad to be leaving, this feels like the right time to be making a move like this."

"In December I will leave behind an experienced management team and the hardest-working, most dedicated journalists, camera-operators and technical staff in South Africa."

It is with great regret that I announce that I will be leaving eNCA at the end of December. My last day will be December 25th.

This is the hardest email I have ever had to write but I have thought long and hard about this decision and am confident that it is the right one.

A good opportunity has presented itself in Istanbul, Turkey with TRT World and I have accepted. The time for a new adventure has begun.

After more than 15 years, I will leave with much sadness but also pride that I have played a role in the growth of Africa's finest news channel. Indeed I believe that eNCA ranks as one of the world's greatest regional news channels and is a credit to South Africa.

This is due to you - all of you - who over the years and against the odds have worked tirelessly, resourcefully and professionally to not only build this channel but to hold up a mirror to South African society.

That mirror is never more needed than now. As South Africa's democracy and economy faces challenges, the role of the likes of eNCA to show South Africans what is going on in our society is critical - to unearth, to explain and sometimes even to guide.

We must remember that as South Africa faces, at times, seemingly insurmountable obstacles, that good, positive change is happening too. Every day, in every corner of our land.

While away, I will miss this vibrant, noisy, democracy. Both in terms of the country and in terms of the newsroom! I will leave behind a group of excellent, experienced managers in Johannesburg and Cape Town who I have no doubt will take eNCA from strength to strength.

And when I do leave, I ask that you help them, sometimes help guide them, remember that we are actually all in this together. Forgive the mistakes they make make - lord knows I've made enough of my own.

But please remember that mistakes are few and successes are many in this newsroom. 24 hour news management in SA must rank as one of the toughest jobs in journalism anywhere.

While for me personally this feels like a good move, I remain extremely confident in the future of eNCA and e.tv. Yes, media is changing and we need to adapt to that but these two channels are embedded in the psyche of the nation and I believe will remain so for many years to come.

eNCA, due to many years of hard work by all of you, has become South Africa's de facto national news channel. I believe this will continue in the years ahead.

There will be much more time over the next eight weeks for thank you's, goodbye's and good wishes but for now that's all there is to say.