TV CRITIC's NOTEBOOK. Journalists from across the continent on a Big Brother Naija TV junket with MultiChoice Africa showed off their dazzling feeding frenzy as they 'selfie'd just about everything - except for actually reporting the news and about the business of Big Brother. 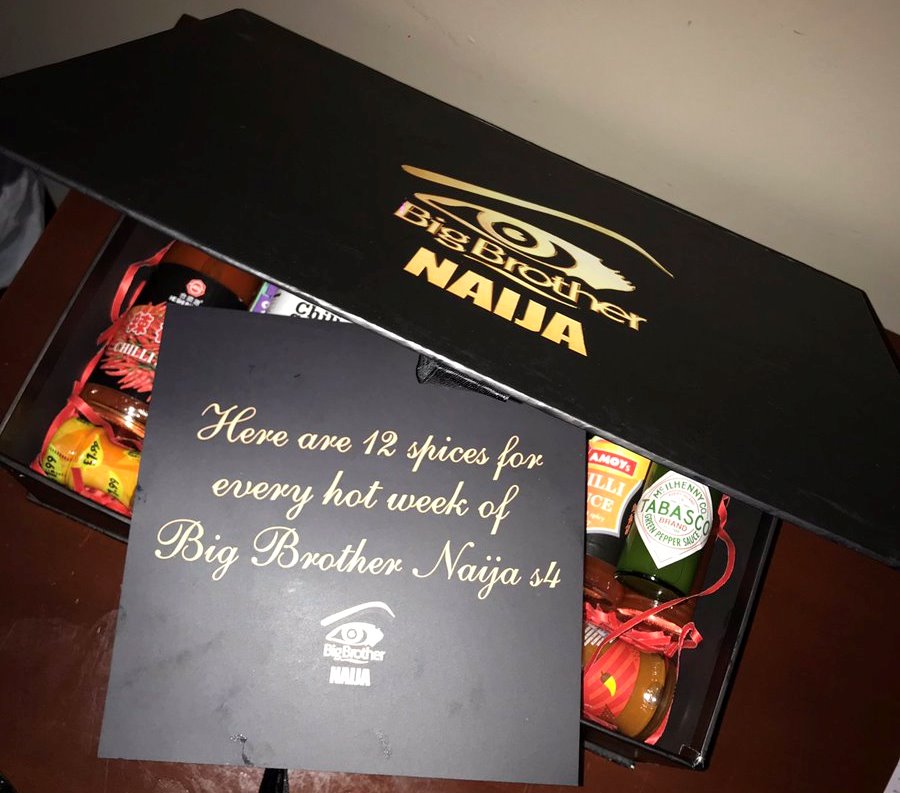 If you thought there were going to be reams and reams of detailed, timeous stories as well as comprehensive reporting from the group of journalists from across Africa who went on a week-long TV tour with MultiChoice to Lagos, Nigeria to cover the launch of the 4th season of Big Brother Naija, you thought wrong - and haven't been keeping track of the trash level of what's passing as (non)coverage and reporting of Africa's entertainment and TV industry.

What we did get were selfies - lots and lots of them - food videos, what they drank, their gifts, their nightclub escapades, their dazzling pouting and even their red carpet strutting - because so-called journalists want to be photographed appearing on the red carpet themselves these days, instead of behind the rope line covering it.

While the gaggle of journalists that The MultiChoice Group invited enjoyed their multi-day stay at the Radisson Blu Anchorage Hotel on Victoria Island in Lagos last week in the lead-up to the live show launch event of the 4th season of Big Brother Naija on Sunday, you'd be hard-pressed, even days later, trying to find any story or any actual incisive reporting from any of the multiple media sessions or studio and set tours they did.

What exactly the return on the investment is for MultiChoice when so-called journalists from across Africa go on a week-long media junket and do little to absolutely nothing except taking selfies to make themselves look good, is anyone's guess.

For journalism and entertainment journalism, and in terms of reporting about the TV industry on the continent, it's however once again highly embarrassing - besides looking like a massive MultiChoice waste of money.

They saw, stayed in, and got to personally experience the Big Brother Naija house. They attended the new season's live launch event and afterparty on Sunday night.

The normal expectation is that there wouldn't and shouldn't just be at least one story about each of those, but multiple stories about all of it since journalists got on-location access as well as access to several TV executives, producers and on-screen talent over days.

Instead journalists did almost nothing - besides visibly pandering social media selfies and show-off videos like opening Big Brother Naija gift boxes (ooh, 12 spices!), their meals, their drinks, showing off their dressing up for nights out to have dinner and going to nightclubs - essentially anything but covering and reporting on Big Brother Naija and what they've seen, heard and were told about MultiChoice and its TV operations.

Is Insta-posts from TV Tour, with the swirl of FX-glitter for effect, the level we've fallen to and all that the public get now when access media forsake what they're supposed to be there for?


Are you ready for the hottest season of #BBNaija starting this Sunday on @DStvUganda!?! My #bbnaijaexperience just got hotter with this welcome gift from Big Brother! pic.twitter.com/Z468beuMB4
— Charlie Denzel Mwiyeretsi 🇺🇬 (@DenzelUG) June 27, 2019


It's hugely problematic when on a TV junket, it's more publicly known that journalists went to Lagos' Lekki market, visited Freedom Park in downtown Lagos, visited the Nike Art Centre for Art and Culture and had a night out at N-tyce, than what it is to find any actual reporting on what the journalists were there to cover and report on workwise about the latest African version of the Endemol Shine Group's reality format show.

MultiChoice literally gave journalists the experience of staying over for a night in the newly-created Big Brother Naija camera-filled house - the first time in 13 years (since 2006) that a Big Brother production has been done from inside Nigeria, while M-Net and SuperSport gave access to their studios and shows.

Scour the interwebs and try and find stories from the overnight experience or the various other productions and what was said or seen there.

Beyond the lack of first-hand reports about the Big Brother Naija stay (of which there should rightly be several), there are no reports about the design, the construction, the production behind-the-scenes, the new broadcasting set-up from Lagos, or what went into the creation of the house.

Where is the coverage?

It's as if some people were simply picked for a multi-day holiday in Lagos as part of a week of self-entitled feeding, frolicking and having fun without doing the work - which is to represent the hundreds or thousands of readers, listeners or viewers, and to report on the business of broadcasting and the business of Big Brother Naija.


ALSO READ: From a male stripper to a lawyer and a police officer working in Londen are part of the 21 Nigerian housemates competing in the 4th season of M-Net West Africa's Big Brother Naija on DStv that is now done from a studio in Lagos.
ALSO READ: IN IMAGES. 50 photos from inside the house of the 4th season of Big Brother Naija and its colourfully designed interior.
on 11:38:00 PM