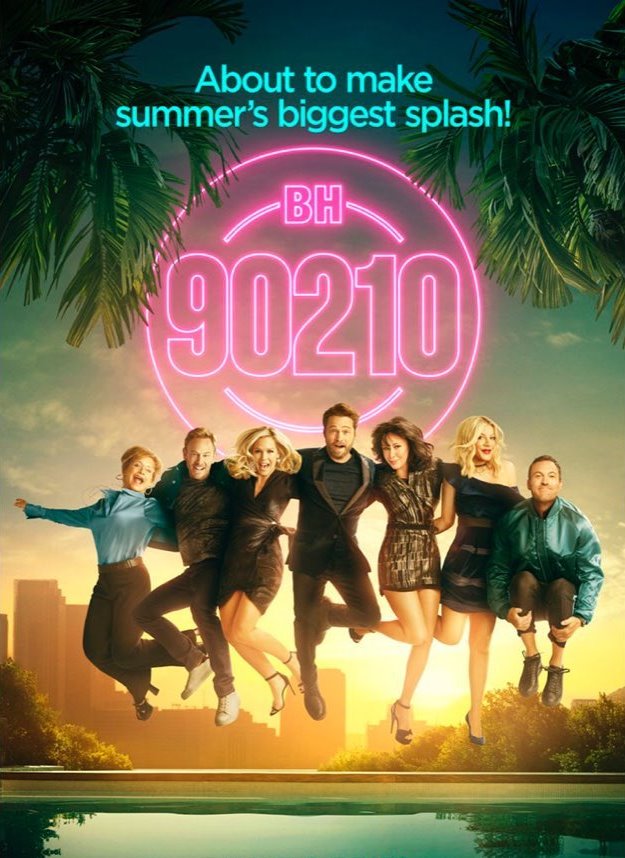 The actors of the original Beverly Hills, 90210, appear in the latest teaser trailer for the BH90210 reboot coming to M-Net (DStv 101), with the show that also dropped new key art showing the cast of the 90's series literally jumping for joy. 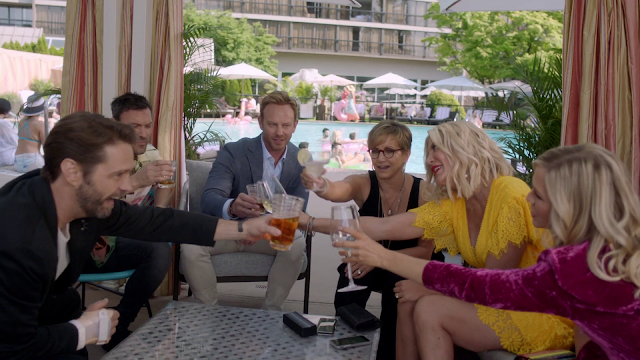 Produced by CBS Television Studios and distributed by CBS Studios International, it will start on 7 August in the United States on FOX, although an exact broadcast starting date for the revival-series on M-Net in South Africa isn't yet known.

The original series' Gen X stars - Jason Priestley, Shannen Doherty, Jennie Garth, Ian Ziering, Gabrielle Carteris, Brian Austin Green and Tori Spelling - will all appear, playing heightened versions of themselves, inspired by their real lives, as they try to get a new version of their former TV show off the ground.

Donna and David can be seen walking into the group's iconic hangout place, The Peach Pit, and share a kiss.

At a hotel resort sitting in a gazebo they all also share drinks and clink glasses, while Andrea once again holds an egg together with Steve like when she tried to gain access to a secret party, and Kelly on a plane says "out of control girl".

On Instagram Jennie Garth posted a new key art poster for BH90210 showing the cast all jumping into the air, captioning it with the words "I can't believe this is happening!!".


Shannen Doherty on her Instagram posted a photo of herself, Gabrielle Carteris, Jennie Garth and Tori Spelling sitting on a newly-recreated Peach Pit set, writing "Wait what???? Flashback photo or present day? Guess you'll have to tune in to see....".