6 things we've learned about The Voice SA from M-Net's press conference after the third season finalé. 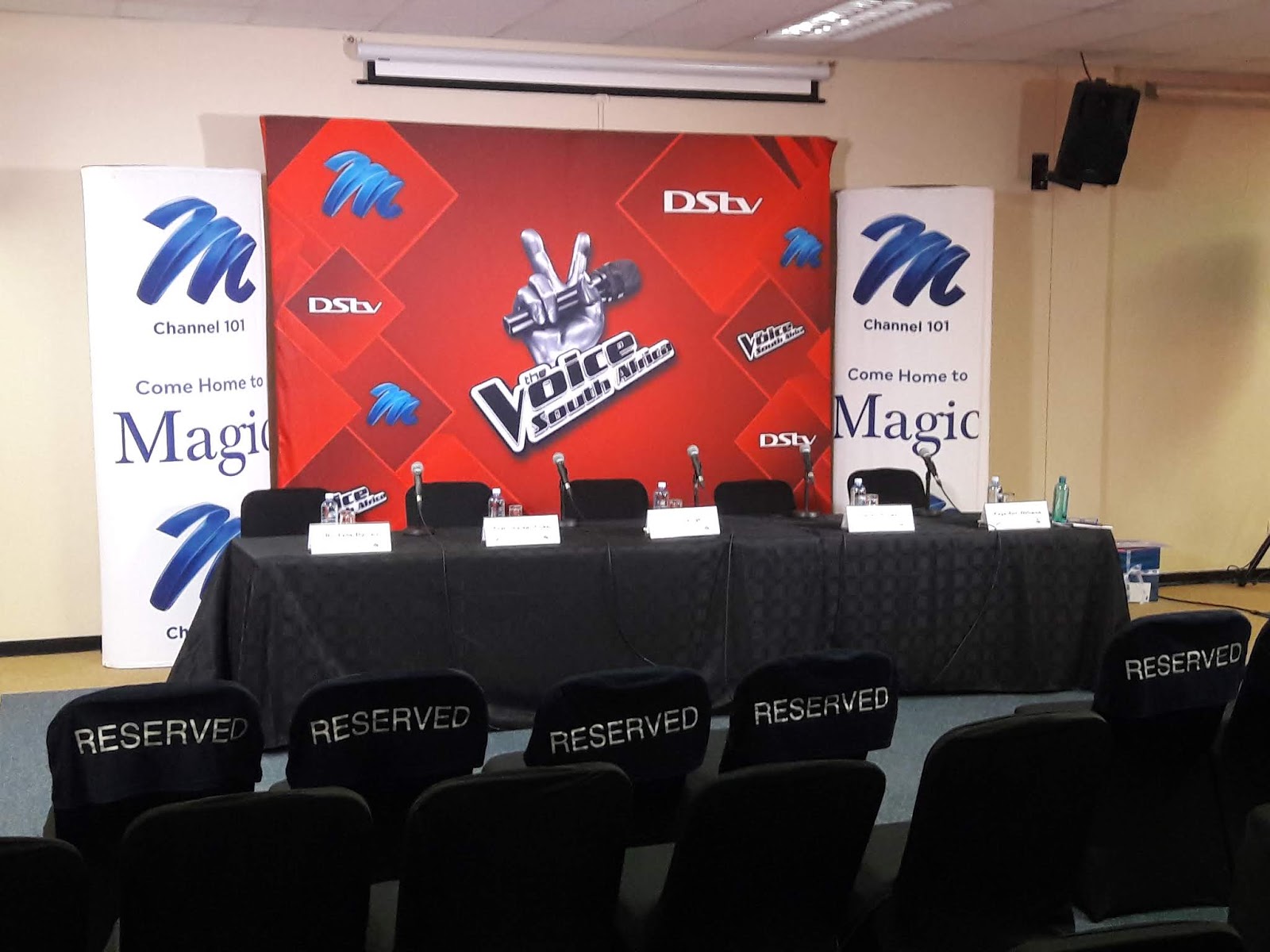 Following the winner moment on Sunday night when Tasché Burger (19) from Brackenfell in Cape Town was announced as the winner of the third season of The Voice South Africa on M-Net (DStv 101). the channel had a press conference with her, M-Net executives and the show's director.

Here are 6 things we learned in response to their answers to the media's questions:


1. The difference between votes and why it's important to vote
M-Net says almost 10 million votes during the course of this season and that voting results were independently computed by Deloitte and Touche. TVwithThinus asked how close the difference was between the top vote-getters and how important it really is for DStv subscribers to vote.

"Tasché has been a firm favourite since the start of the voting process, from the point past the coaches' stage. But I can say of the top 2 runners-up, between Siki Jo-An and Soné that is was very close," said Kaye-Ann Williams, the head of local content and independent films for M-Net channels. 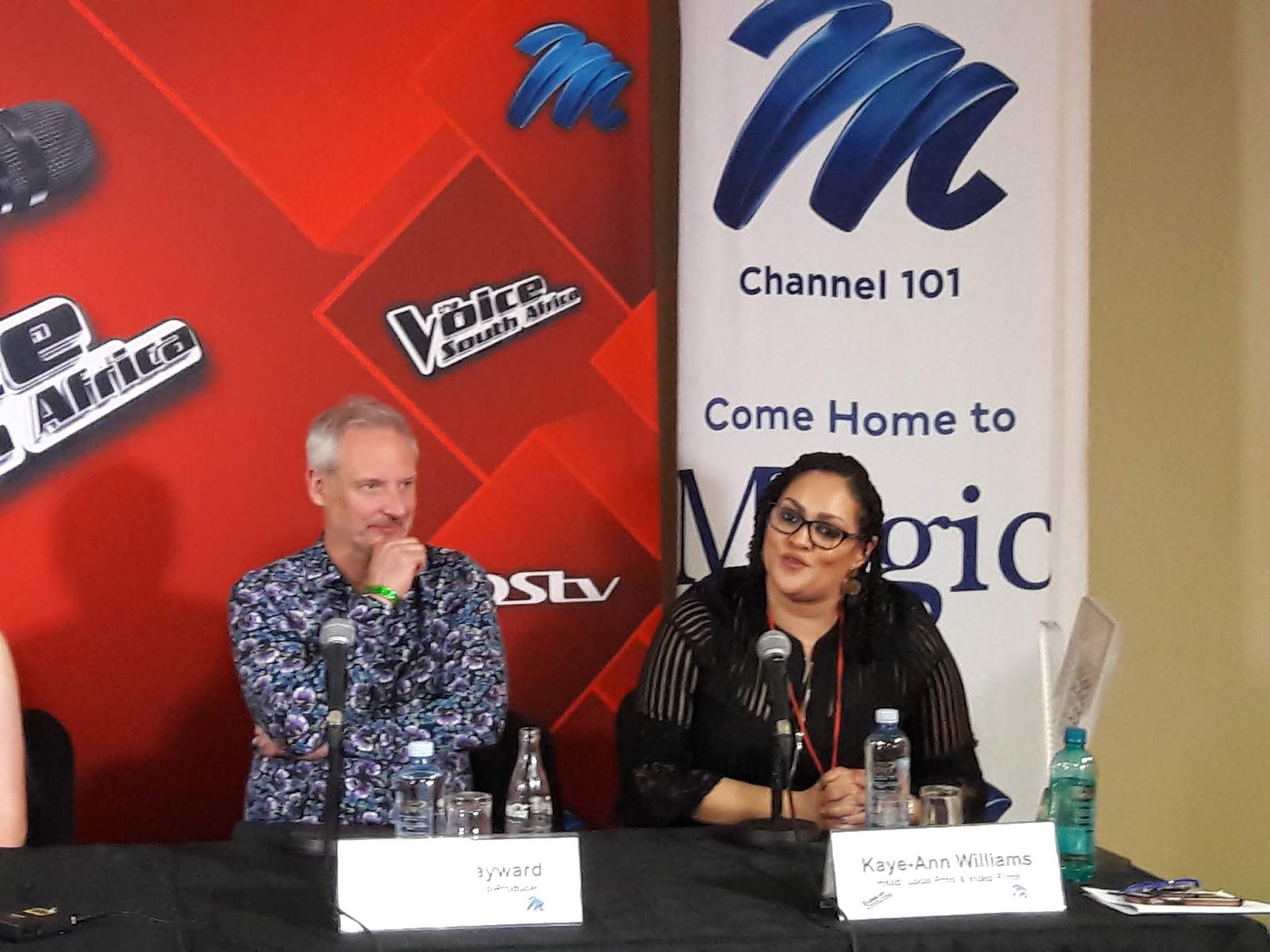 2. Tasché Burger feels amazing - and missed home
Winner Tasché Burger (19) from Brackenfell was asked how she feels. "I feel amazing. I'm so thankful. I came here for a platform and then I did it and it's crazy. I don't know quite how to feel but it's amazing."

She said that in 5 years time "I'd like to be a great artist and bring a bit of difference in the industry. I just want to sing".

She said she would like to sing with Afrikaans songs "because that's my home language, I feel comfortable in Afrikaans. But I don't care - wherever there's a song that I connect with, however a song makes me feel, I will sing it - Afrikaans and English. Genre-wise I think country-rock".

She said that the hardest part was being away from home. "We've been here for 2 months already and we miss home. I miss my braai. I miss my mense (people). But it's all worth it, and I can't wait to go home."


3. Coach Francois van Coke's spirit animal
Francois van Coke, who is the successful coach behind Tasché, was asked how he feels."I'm not the winner,  Tasché's the winner. I'm just so happy that I could be a part of her journey. She picked me during the blind auditions, she could have picked anyone."

"I think if she picked anyone, they would have been the winner as well. I'm just happy that I'm involved in her journey; and I want to be involved moving forward as well."

He called Tasché his "spirit animal". 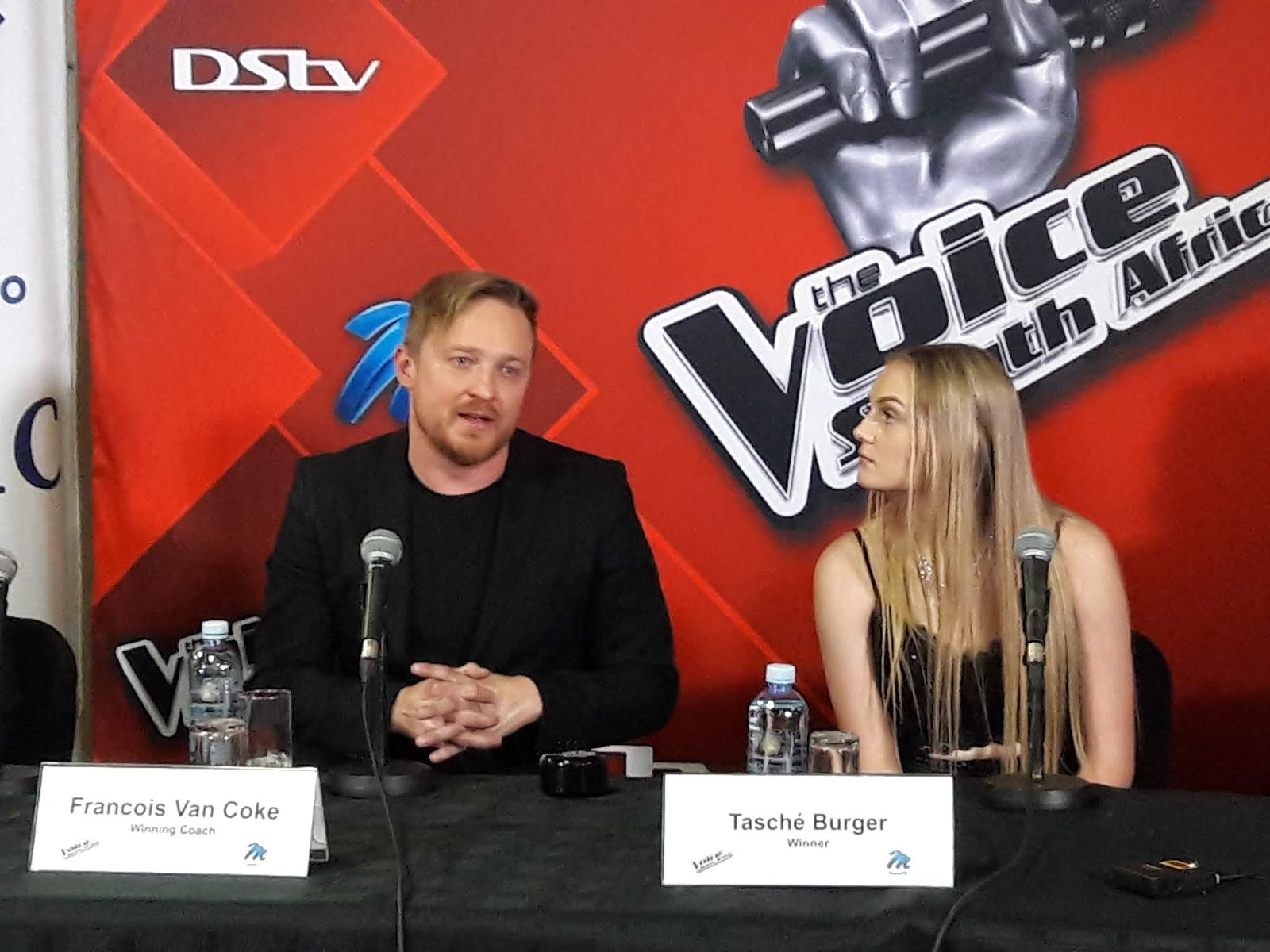 4. A season 4?
"It's too soon to tell if we're going to do a season 4 of The Voice South Africa but I do want to say that as M-Net we are exceptionally proud of this production team," said Kaye-Ann Williams.

"When we started this journey it was a year and a half before we even had a discussion with a coach and we put together a team of some of our favourite producers and that was Darren Hayward, who is the director; and James who is music director; and then we brought in Ady at Blackswanmedia. And it became a happy marriage".

"And I want to say on behalf of M-Net we are extremely proud of what you guys have achieved; we asked a lot of you, and I have to say that any time I've worked with Ady or Darren or Bruce or anyone else on the team it has been very collaborative."

"The energy, the collaboration - it was just a powerful experience for me in every way. It was the first time that we had a female top 3. And I just want to say kudos to M-Net because you can see through the reflection of the results that The Voice SA was more inclusive."

"It's the first time that someone like Siki made it so far in the competition, and it makes me so proud to be South African. I just felt it was so inclusive, that people are so invested; everybody was watching, so I'm just proud in every way."


6. M-Net improving duty of care of reality contestants
"I think through the years we have learned a lot, we've done quite a lot of reality shows, and hopefully we just get better and better every year in trying to life-coach and to provide support for the contestants," said Lani Lombard, M-Net's head of publicity.

"The beauty of a show like The Voice South Africa is that the talent have the coaches to guide them. They have the co-coaches as well - they connect with them. They're able to go backstage and meet all of the musicians, so they have quite a big support system. Darren Hayward as the director as well."

"We have learned a lot from the beginning."

Kaye-Ann Williams said that "there is a proper mentorship that happens. So they're not just left to their own devices to figure things out on their own. In the last 3 years, and I've been past of this team, we've grown a lot in terms of what we call "duty of care" towards our participants and our reality shows.