Tasché Burger from Brackenfell in Cape Town wins the 3rd season of The Voice South Africa on M-Net. 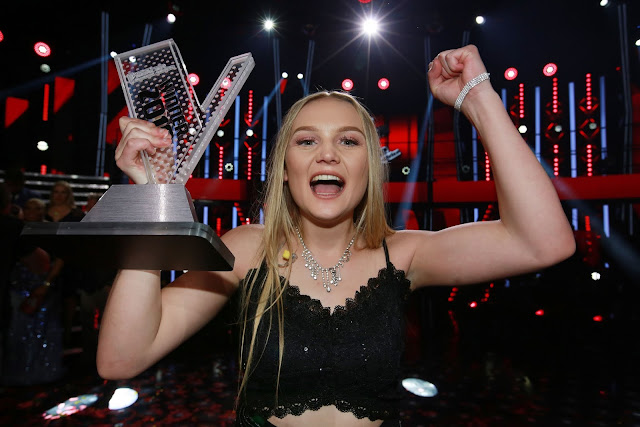 Tasché Burger (19) from Brackenfell in Cape Town was announced as the winner of the third season of The Voice South Africa on Sunday night on M-Net (DStv 101).

Tasché Burger won a recording contract from Universal Music South Africa, a Toyota RAV4 as well as other prizes.

Sunday's The Voice SA finale,  produced by BlackSwanMedia with director-producer Darren Hayward based on the international Talpa format, was an all-out Cape clash with Tasché Burger who got the most votes by Thursday night when voting closed.

Tasché has been singing since childhood and after matriculating last year she’s been taking singing lessons and waitressing as she started to gig professionally.

“Singing always just came naturally to me,” she says. “It’s a hobby, a passion … a love …”

Riana Nel, who Tasché idolises as a singer-songwriter, let the tension rack up until she, too, turned during the last stanza of the song.

Tasché Burger was announced the winner at a glitzy event at the Mosaïek Teatro in Fairlands, Johannesburg.

In the final 5 Tasché Burger was up against the PJ Twins, Eon Claude le Roux, Siki Jo-An Qwasi, and Soné Joubert.

The show opened with a spectacular group performance of the Queen anthem “We Will Rock You” featuring the talent alongside their four coaches, with each of the top 5 who also perform a duet with their musical idols, ranging from Timothy Moloi and Caroline-Grace Brüssow, to Judith Sephuma, coach Francois van Coke himself, and Laurika Rauch.