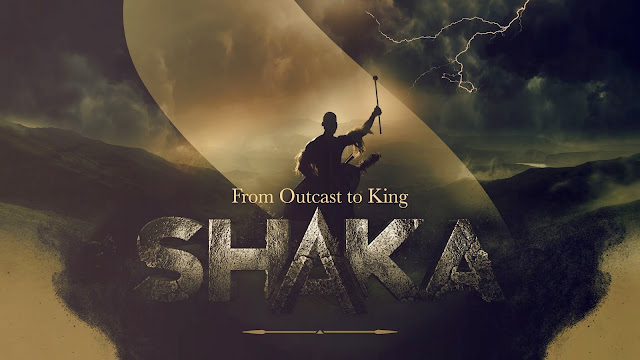 Location scouting has started and casting will begin soon to find an "iconic" place and actors to film M-Net's South African "Game of Thrones" version as MultiChoice mounts a blue-chip production effort in its own retelling of the story of the Zulu king Shaka that will be broadcast as a new drama series on Mzansi Magic (DStv 161).

Besides broadcasting Shaka in South Africa and across Sub-Saharan Africa on MultiChoice's DStv satellite pay-TV service, M-Net has plans to sell what it wants to be a prestige series to the world, showcasing to global broadcasters the production quality, capacity and talent that exists in South Africa.

Produced by Bomb Productions, M-Net in May 2018 announced that it has commissioned a 12-episode drama series order to tell the story of King Shaka kaSenzangakhona. The black historical drama series will explore the precolonial South African kingdoms that influenced and gave rise to Shaka Zulu.

South Africans and viewers worldwide are familiar with the 10-episode, 1986-series Shaka Zulu from the SABC and Harmony Gold USA that was directed by William C. Faure, starring the iconic, late Henry Cele in the adult Shaka role and based on Joshua Sinclair's 1985-novel of the same name.

"To tell the story of Shaka in this moment is a huge responsibility and a great honour," says Jacob Ntshangase, one of the writers.

The new Shaka will also be filmed across South Africa, with Bomb Productions now scouring the country in search of iconic locations while pre-production has started before filming later this year to recreate the world in which Shaka lived and reigned.

M-Net and Bomb Productions will also cast several Shaka's seen as a baby, at 7, 12, 18, as well as the man, as well as several other characters who will "age" as well and be portrayed by different actors as life moves on.

The casting process looking for the perfect actors to inhabit Shaka and the other roles will be nationwide.

"We are excited about making an epic and exhilarating drama that is respectful of the real history," says Teboho Mahlatsi, executive producer and co-creator at Bomb Productions.

"Research is key. Telling a story of such complexity does not just happen overnight. We will depict the great kingdoms of the AmaThethwa, the AmaNdwandwe, AmaQwabe, AmaHlubi and AmaZulu amongst others, and on this epic canvas, we will see the heroic rise of Shaka. We are telling an African story about a great African empire."

Yolisa Phahle, MultiChoice CEO for general entertainment, says "Starting this journey is history in the making and whilst research and consultation with stakeholders will continue, we are looking forward to unearthing and showcasing the deep pool of talent that lies within South Africa."

"This is a proudly South African series which we intend to take to the world."

Bomb Productions is close to starting the first stage of casting for mostly background extras and will travel across South Africa doing auditions for abashaya indlamu (traditional dancers), izimbongi and izinyosi (praise singers), as well as amaqhawe enduku (stick fighters).

"We are looking for real deep skills - no pretenders," warns Teboho Mahlatsi.

For acting roles, Angus Gibson, Bomb producer says "Previous film experience is not necessary. We are looking to unearth new talent who will perform alongside our great, experienced actors".

However, the search for the actors playing Shaka will be at the heart of the extensive casting process.

"We will be looking for him as a baby, at 7, 12 and 18 years – as well as the man. Then there is Nandi, Mkabayi, Dingiswayo, Zwide, Ntombase and many other riveting characters whom we see at different stages of their lives," says Angus Gibson.

Nkateko Mabaso, M-Net CEO, says "At M-Net we've been telling local stories for over 30 years and this is a continuation of our commitmet to our industry. This is not a colonial telling, this story will be told from our perspective".
on 2:32:00 PM