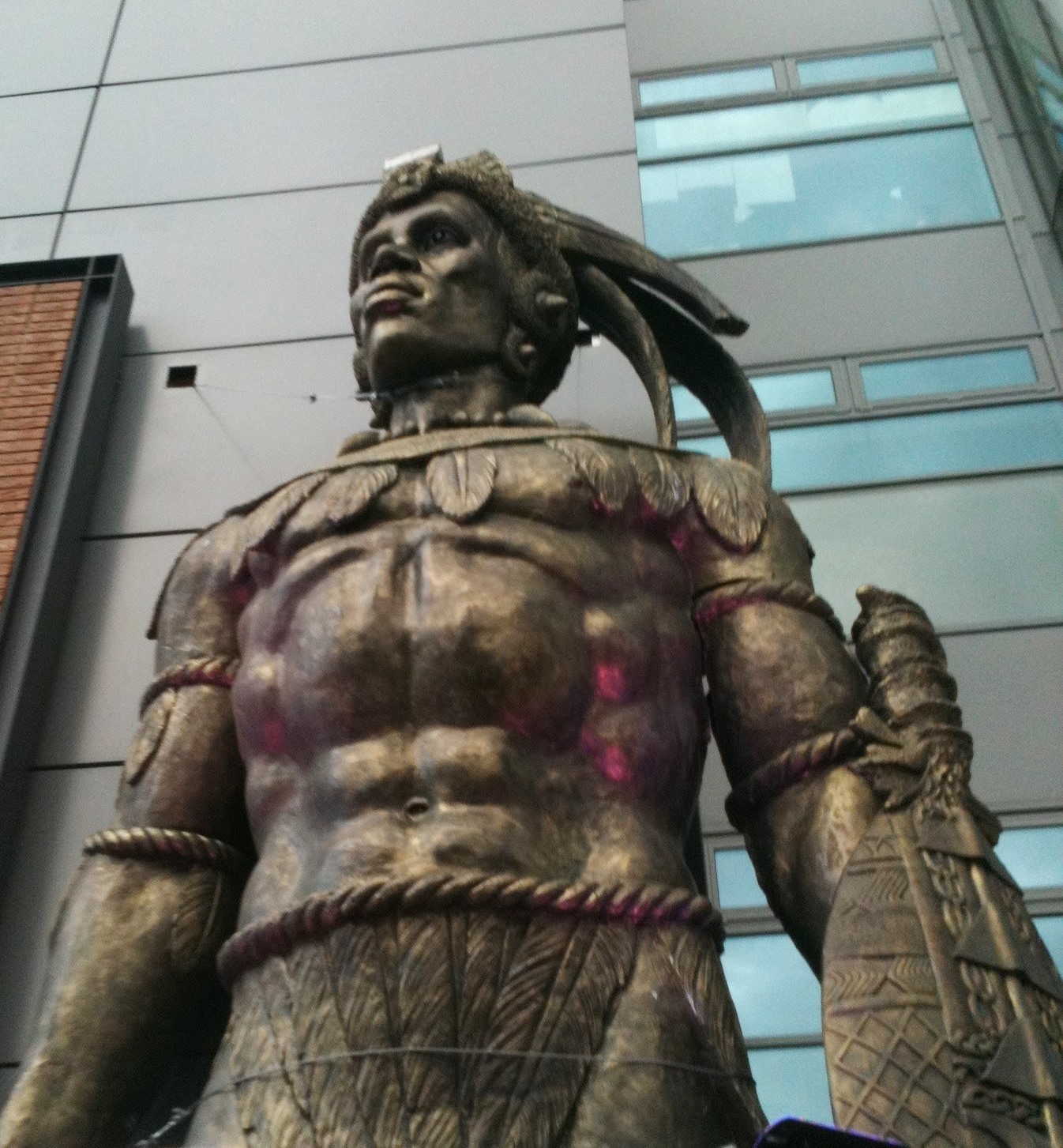 M-Net has added another black historical drama series, Shaka-Ilembe, produced by Bomb Productions, that will explore the precolonial Southern African kingdoms and characters that had an influence on Shaka Zulu.

The producers of the 12-episode first season of Shaka-Ilembe already has three seasons mapped out should the production go further, and follows after the umpteenth rebroadcast of the classic 1986 Harmony Gold USA series Shaka Zulu with the late Henry Cele that scored over 2 million Sunday night viewers for SABC1 in mid-2017.

Shaka-Ilembe that has been created by M-Net specifically with an eye on global distribution, will be broadcast on M-Net's Mzansi Magic (DStv 161) for MultiChoice's DStv subscribers, and comes amidst a big global and African interest in Disney and Marvel's film Black Panther that depicted the mythical Wakanda kingdom and had moviegoers enthralled.

Shaka-Ilembe will revolve around the powers that influenced and shaped Shaka Zulu - the drama unfolding from the time of his conception, his bravery as a young man, the early attempts to kill him and the subsequent years of exile with his mother.

The drama series will also introduce the chiefdoms of the AmaThethwa, the AmaNdwandwe, AmaQwabe, AmaHlubi and others, which will give rise to Shaka Zulu as ruler.

Shaka-Ilembe follows M-Net's February announcement of two new commissioned drama series, the detective drama Trackers based on Deon Meyer's crime novel, and House of Phalo, described as a "Xhosa Game of Thrones" currently in production in the Eastern Cape province as a retelling of the modern Xhosa and the rise of King Phalo.

Trackers is produced by Three River Fiction and SCENE23, while House of Phalo is produced by by Mfundi Vundla's Morula Pictures. Bomb Productions previously created drama series like Yizo-Yizo and Zone 14 for the SABC's SABC1 channel, Jacob's Cross for M-Net and Isibaya for Mzansi Magic.

Bomb Productions describes Shaka-Ilembe also as an African Game of Thrones, saying "the epic series" will tell the story of precolonial kingdoms and the "heroes and villains who shaped and influenced one of Africa's greatest kings - Shaka kaSenzangakhona".

"We have seen how global audiences are ready to enjoy universal stories from multiple geographies. Now it is time for the incredible tradition of African storytelling to travel beyond our continent," said Yolisa Phahle, CEO of general entertainment for MultiChoice.

It echoes her speech in Dubai two weeks ago at MultiChoice's 5th Digital Dialogue Conference, saying MultiChoice and M-Net are "looking forward to investing even more in telling local stories, documenting our history and providing a platform for Africans to share African stories".

"The success of companies like Iroko TV, artists like Davido, actresses like Lupita N'yongo and the movie Black Panther are confirmation that the world is ready to consume African stories, celebrate African culture and embrace African languages."

She promised that this year MultiChoice and M-Net will start production on a number of epic African stories.

In the Thursday announcement, Yolisa Phahle said "we are committed to building a film and industry that will deliver benefits to our industry and are increasing our investment in local productions".

Teboho Mahlatsi, Shaka-Ilembe executive producer who will be working with Angus Gibson on the series, says that "with ambitions of making a series as epic and vast as Game of Thrones, we want to tell the story of the Nguni peoples who migrated to below the Pongola river and ruled over this verdant land."

"With three action-packed seasons mapped out, we hope to breathe life into the kings and queens, warriors and witches, spies, slavers, marauders and traders who lived, loved and fought for this land".

"This is a legacy project and has deep meaning to the team who have been telling stories of everyday South African heroes and heroines for the past 21 years. This is not a colonial telling of a great African empire, this story will finally be told from our perspective".

Teboho Mahlatsi, says "scale will not be compromised - whether that be in battles with 20 000 warriors, the visualisation of a kingdom or the capturing of an elephant".

M-Net says the team behind Shaka-Ilembe is vast, including historians, traditional leaders, oral custodians, royal advisors and filmmakers working through the many versions of source materials and stories to ensure authenticity.

Some of the names attached and helping out are the playwright Mpumulelo Grootboom, Catherine Swart, Nhlanhla Mtaka, Jacob Ntshangase, Hlonipa Mokoena, Benedict Carton and Thishiwe Ziqubu.

"We are at a pivotal time in history, a time where South Africa is reclaiming its own story, where history has been re-examined," said Jacob Ntshangase. "To tell the story of Shaka is a huge honour, and a huge responsibility".
on 10:23:00 PM