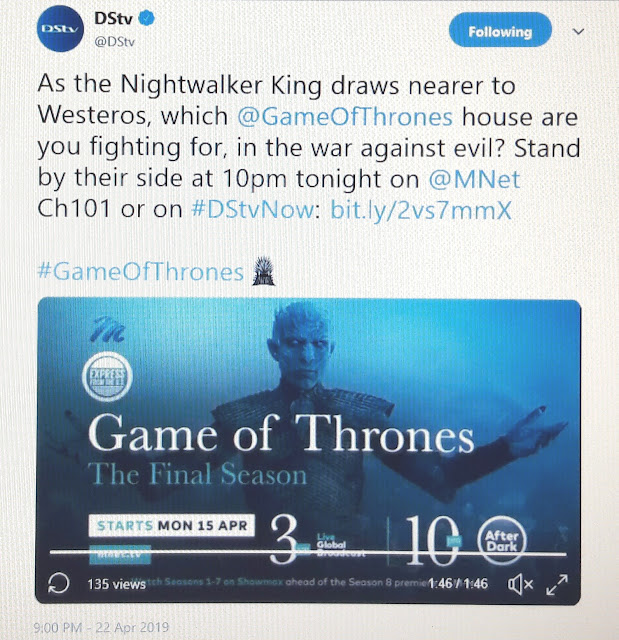 If the Nightwalker King were still alive, Melisandre the Green Man would probably have made him spin in his fire grave beyond the big mall.

Companies doing pandering product marketing messaging and passé consumer communication is nothing new. It's what most of them do.

While they often really can't care less about the actual service or product, most of them mostly do it just good enough so that their lack of actual proper effort, lack of attention to detail and superficiality are not made that obvious to ordinary consumers.

More and more examples, however, keep surfacing of just how little care and lack of proper effort MultiChoice - encompassing its divisions of M-Net and Showmax - has been putting into its localised marketing messaging, publicity and unified corporate communication for HBO's 8th and final season of Game of Thrones on DStv.

It feels as if MultiChoice, M-Net and Showmax were all perfectly fine to collectively ride the dragon tails of HBO's global PR and marketing machine that drove the build-up and buzz of the new season of Game of Thrones until the show's first episode started last week and until it became their collective responsibility to take over the Jon Snow fur cloak mantle for messaging to the media and the public in South Africa and across sub-Saharan Africa.

While the actual cinema screening itself and watching the 8th season premiere episode of Game of Thrones on a big screen was great, the whole execution around it by M-Net, Nu Metro and Johnnie Walker in South Africa was tardy and decidedly just way off-message,off-brand, insufficient and ... weirwood weird.

Add things like the big screen showing in Nairobi by MultiChoice Africa's DStv Kenya (also executed in conjunction with M-Net and Johnnie Walker) that there, for example, had a beautiful, live string quartet playing the Game of Thrones theme music beforehand.

It's showed up the wildly differing experiential execution (or marketing "activation" as they say) for HBO's Game of Thrones in South Africa and Africa - and not done or overseen well - from under the marketing umbrella of the very same overall company that is MultiChoice.

Showmax that managed to send trinkets to some media beforehand, like for instance a local Game of Thrones aftershow, didn't really bother with any messaging effort to actually do something about its acquisition and roll-out of Game of Thrones.

Then MultiChoice, after being dismissive last week to DStv subscribers when its DStv Now and M-Net channel on its streaming version crashed for Game of Thrones in South Africa and across Africa, was completely reactive and way late in properly apologising without having to be asked, and to do so quickly.

What irks is when the lack of anything beyond mere superficial words and hollow actions in marketing and messaging become so noticeable that you can't miss (or dismiss) it.

Making it worse is when a person or a place pretends to care and does pandering fan service but in the process reveals how little they really know or even care. 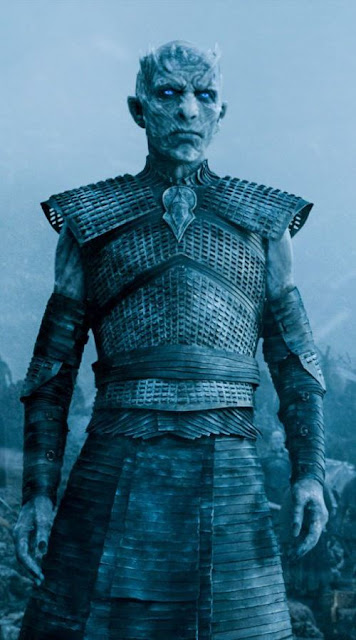 Looking at MultiChoice's tweet, it clearly carelessly wrote and compiled it without any real regard for, real knowledge of, or real thought about Game of Thrones on Monday night this week at 21:00.

Why is MultiChoice talking about a "Nightwalker King" (it's Night King, nightwalkers are prostitutes)?

Why the use of "nearing" Westeros (the entire in-show universe is Westeros; what should have been here was the word Winterfell)?

Why is MultiChoice and M-Net still punting the old pre-show trailer long after the first episode had already been shown, together with a date that has come and gone, instead of the new and available episode 2 teaser?

Why does nobody seem to care?

It's emblematic of and reveals the messaging problem and attention-deficit that MultiChoice and its content playout brands as a collective have for Game of Thrones in South Africa and Africa.

It conveys an attitude of "let's do 'less-than' because the consumer won't care or notice".

It keeps with the same-old pandering, barely-there, extremely corny and never-evolving season 1 circumscription of the show because nobody seems to care about the detail.

And MultiChoice - with brands like Showmax, DStv and M-Net who collectively should be working better together overall on something like Game of Thrones - should care more when they reach out to the public and the media.

It should have done and should be doing better, spot-on messaging that should brim with relevancy, accuracy and convey a sense of excitement.

Instead, consumers who pay for content and potential consumers they try to attract are saddled with lame nonsense in a half-hearted effort to try and feign a "we're also a part of it" feeling.

Broadcasters and TV services should put in the real effort and the actual time to watch and get to know the content bought, and then put together holistic communication efforts that reflect a true in-show in-the-know zeitgeist - not one that constantly seems to look like it's 7 seasons behind.
on 1:27:00 PM