A day after its DStv Now app crashed on Monday morning, MultiChoice is apologising to DStv subscribers and M-Net viewers in South Africa and across Africa who couldn't stream-watch the 8th season premiere of HBO's Game of Thrones. 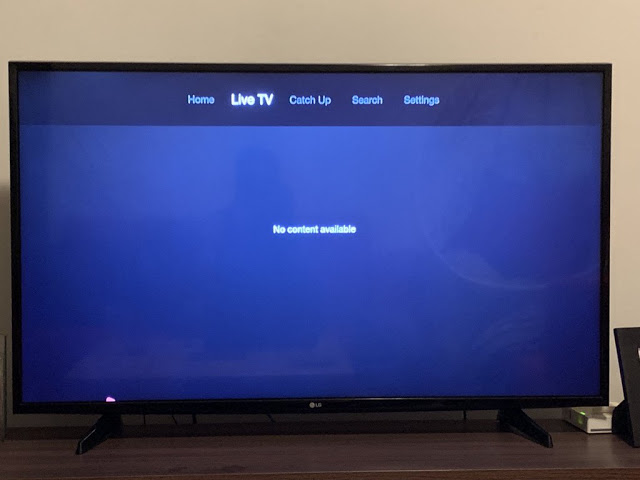 A day after its DStv Now streaming app crashed on Monday morning at 03:00 when DStv subscribers in South Africa and across the African continent waited up and wanted to watch the return of Game of Thrones on M-Net (DStv 101) but wasn't able to, MultiChoice is now apologising for the technical glitch that left its frantic pay-TV customers in the lurch.

MultiChoice and M-Net were asked for comment on Monday afternoon about the botched DStv Now customer experience to which they didn't respond, with executives at both the pay-TV operator and the pay-TV channel again asked late on Monday night by TVwithThinus what went wrong. On Tuesday morning MultiChoice responded.

“We got it right for the 22:00 airing for both DStv Now and Showmax, but unfortunately we had a brief outage affecting some DStv Now customers at 3am."

"We know how frustrating this was, especially given the early start time and how long fans have been waiting for season 8 and apologise for that."

"The cause was a glitch in an update to the electronic program guide, which we've now addressed. We're obviously keenly aware that there are 5 more episodes to come and we have no intention of letting down any early risers a second time."

Angry DStv subscribers and M-Net were left fuming after they were dropped in the cold with the untrustworthy DStv Now streaming app that crashed just as they logged on on Monday morning to watch the 8th season premiere of the HBO's fantasy drama series, while on social media MultiChoice appeared clueless as to what its problem was, only saying that DStv "seems to be experiencing a technical issue with our live streams but our technical team is hard at work trying to fix the problem".
MultiChoice plans to launch a stand-alone version of DStv Now later this year although problems with its streaming service is raising questions about whether MultiChoice will actually be able to deliver such a service without ongoing technical issues.

MultiChoice was asked specifically what trust paying customers can have that a pay-version of a streaming service like DStv Now will work but didn’t answer the question.

"DStv, you've promoted Game of Thrones so much and how it's gonna be live-streamed from USA yet your app isn't working. Your subscription fees are high and this is unacceptable service ... or lack therefor. Utterly useless," said Damien Williams.

In Kenya the DStv Kenya subscriber Lewis Olimba said "Where is the need of paying DStv Premium when we watch Game of Thrones a whole 24 hrs later?".

In Nigeria the DStv Nigeria customer Alabi Abolade said "Such a poor online streaming services from DStv Nigeria. Stayed up late just for my DStv Now not to load live TV. Now how am I supposed to stream Game of Thrones?".

One upset DStv subscriber even composed a poem: "For the night is dark, And full of terror, especially when the DStv app, gives you an error".

Another DStv subscriber slammed MultiChoice and M-Net for their poor communication, saying "Still waiting for an apology from the ignorant dweebs handling DStv social media. They ignored customers all morning and tweeted spoilers".

"DStv you really want to piss off a nation by 1) the DStv Now app crashing on the morning of Game of Thrones S8 premier and 2) NOT having the decency to notify users that Game of Thrones won't be available on DStv Now. What witchcraft is this?" asked Kavisha Pillay.

LadyRay said "DStv it is very rude and unprofessional of you to keep tweeting about watching the show through a crashed DStv Now app! Not even a tweet addressing the issue. This is why we'll continue giving our money to Netflix! Right now I'm ready to cancel y'all!"

"And it is false advertising to tell us you'll stream Game of Thrones live on the DStv now app and then not deliver. Worse of all not even care. Check your mentions".

ALSO READ: MultiChoice and M-Net dropped DStv subscribers in South Africa and across Africa in the cold when its untrustworthy DStv Now app again crashed with technical issues, as its pay-TV customers tried to watch the start of the 8th season of HBO's Game of Thrones.
on 12:19:00 PM