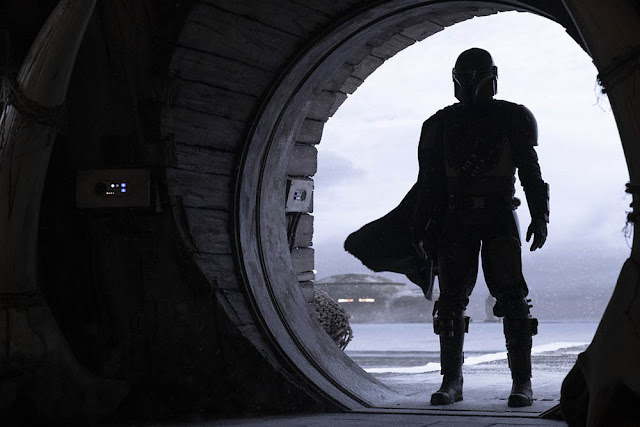 At the Star Wars Celebration in Chicago during The Mandalorian panel discussion, Disney and Lucasfilm released 4 publicity photos and a 3-minute behind-the-scenes look of footage, featuring Pedro Pascal's Mandalorian warrior, Carl Weathers' Greef Carga as the head of a guild of bounty hunters, and Gina Carano's character of Cara Dune as a former Rebel Shock Trooper.

The Mandalorian is set after The Return of the Jedi and before The Force Awakens, in a period of extreme turmoil, political uncertainty and lawlessness in that "galaxy far, far away" with Dave Filoni who directs the first episode as co-executive producer together with Lucasfilm boss Kathleen Kennedy and Colin Wilson.

The Mandalorian will become available on Disney+ on 12 November when the new video streaming service launches in the United States and is set "5 years after the death of Darth Vader".

The protagonist makes use of a spaceship called Razor's Crest, described "a reflective silver old army gunship", and is a citizen of the underworld on the outer reaches of the galaxy - "a character you've never met before, a period of time you've never seen".

With Africa and South Africa not forming part of The Walt Disney Company's initial rollout of Disney+ and Disney's existing linear TV channels like Disney Channel, Disney XD and Disney Junior on MultiChoice's DStv satellite pay-TV service not appropriate for the show, it's highly likely that many Star Wars fans will be "sailing the high seas", meaning downloading and sharing illegal copies of The Mandalorian series from November.

That is unless Disney possibly sells content like The Mandalorian through its international TV distribution division in the way it has been doing with series produced by its Disney Television Studios, ABC Studios or 20th Century Fox Television (all now owned by Disney). 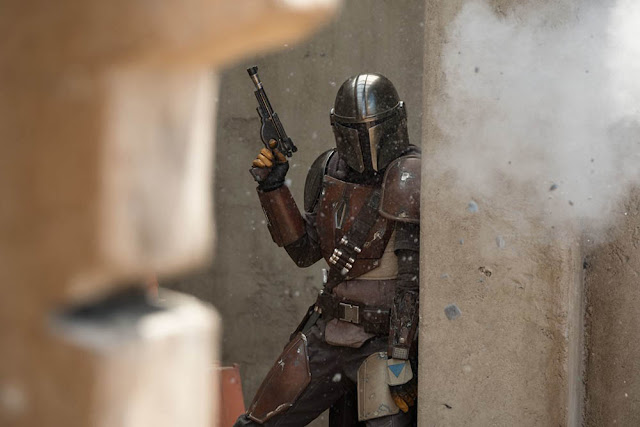 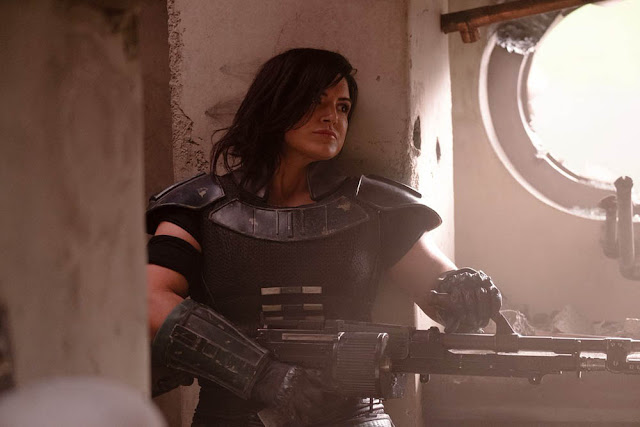 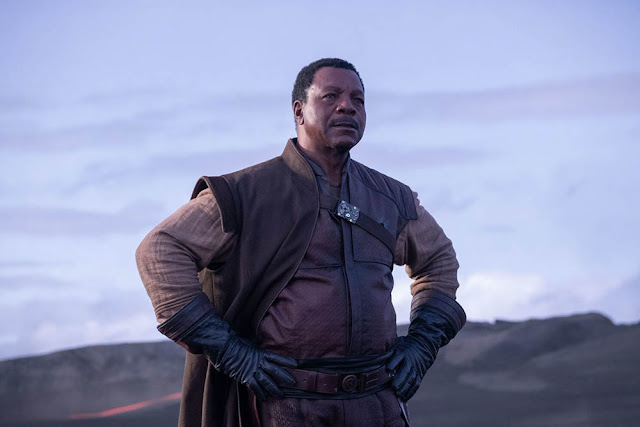 While the 3-minute footage of the show is blacked out from the live-stream feed, the rest of the fascinating panel discussion can be seen on YouTube in which Jon Favreau and Dave Filoni discuss the origin of The Mandalorian as well as its setting and time frame.

The Mandalorian is described as having a tone of old "gunslinger Westerns", mixed with Star Wars' science fiction elements.

"Fantasy fulfilment that's what's like," said Pedro Pascal about the role. "I don't know what I can and can't say. The Mandalorian is a mysterious lone gunfighter on the outer reaches of the galaxy. Some would say he has low moral character - he's badass."

Jon Favreau and Dave Filoni shared a funny, fascinating story about how they didn't have enough Stormtroopers and put out a call to recruit cosplay members of the 501st Legion to help portray Stormtroopers in The Mandalorian.

"So we're making the show and we're starting to bring in some vestigates of the Empire. And we had done some planning and there was a scene where we needed Stormtroopers," said Jon Favreau.

"We had our production meeting and after seeing the set we realised we didn't have enough stormtroopers to make the impact. There were only so many Stormtrooper uniforms we had and we were concerned that it was not going to do the trick for the storytelling."

"So we hatched a plan. Has the 501st Legion actually ever been on camera?" asked Jon Favreau.

Dave Filoni continued and said "we put a call out and said we need a bunch of Stormtroopers. And they came down, out of nowhere. The thing that you know about Star Wars fans is that, in all honestly, a lot of the costumes they made are even better than what's used on-screen at certain points."

"So I had no worry that it would hold up and it sure held up. And as much as their armour is accurate - they look like stormtroopers - they act like Stormtroopers. They know what to do."

Jon Favreau said "What was so funny was how surprised some of them looked because I didn't realise that they weren't told what it was for."

Dave Filoni said "And then we realised too everything that we rolled out in front of them was almost a test audience. And we would sit there as something would roll out and go 'Ooh, they seemed to like that'. So that was fascinating".