Idols on Mzansi Magic sheds a third of its audience in a shocking ratings plunge after Somizi Mhlongo scandal. 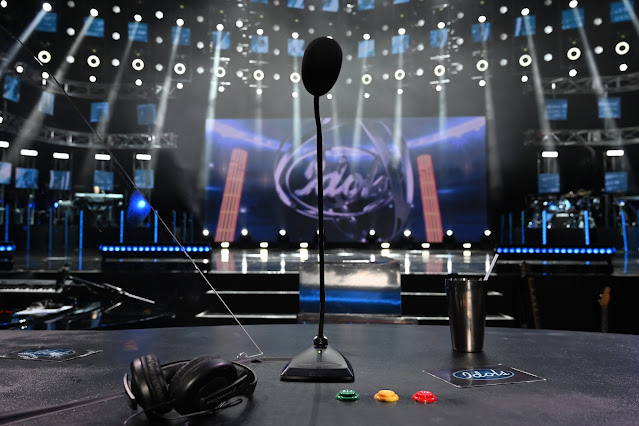 by Thinus Ferreira
The once-invincible Idols on Mzansi Magic (DStv 161) appears broken and has plunged in the TV ratings from over 1 million to just 693 000 - shockingly shedding hundreds of thousands of viewers and losing almost a third of its entire audience who have fled the reality singing competition after the controversy that was ignited by the now-gone scandal-riddled judge Somizi Mhlongo.
After season 17 of Idols, produced by [SIC] Entertainment for M-Net's Mzansi Magic channel on MultiChoice's DStv, attained a highwater-mark of 1 018 607 viewers in July making it the fourth most watched show on DStv during the month, the show's ratings suddenly cratered in an unprecedented decline.
Idols viewership has now fallen by almost a third and a whopping 31.89% to just 693 760 DStv subscribers watching in August, at most, as the show shed hundreds of thousands of viewers.
The 693 760 viewers for Idols on Sunday 8 August with host Tebogo Thekisho known as ProVerb, means that the show abruptly plunged to 10th most watched show on DStv during the month.
As shocking, is that this is the most viewers for an episode of the series during August, with last month's other Idols episodes drawing even smaller audiences to Mzansi Magic's Sunday evenings.
The 693 760 viewers for Idols on 8 August follows on the Sunday immediately after the announcement by M-Net that the scandal-engulfed Somizi Mhlongo would no longer be a judge on the Mzansi Magic series.
Since Idols episodes during August were still pre-recorded, the flamboyant Somizi Mhlongo still appeared on Idols on 8 August all through episodes until 22 August; however a third of the Fremantle-format show's viewers suddenly no longer appeared interested in watching Idols any further and for some reason tuned out.
The precipitous ratings decline of Idols once again underscores why broadcasters like DStv, M-Net, e.tv and the SABC judiciously guard and managing the image of their shows and the on-air talent who appear in them, since personal scandals and drama of talent could end up overshadowing or hurt ratings when viewers decide they no longer like, or like watching, someone on screen.
Somizi Mhlongo left Idols' current season as a judge after the scandal-riddled star was exposed following leaked BarLeaderTV production recordings from his now-estranged lover, Mohale Motaung.
Mohale Motaung claims that Somizi Mhlongo broke his ribs and almost knocked out teeth in a violent physical abuse incident in 2020; allegedly threatened Mohale with a kitchen knife, saying he would kill them both; and allegedly even tried to drive him off the road after an Idols afterparty.
Mohale Motaung and Somizi Mhlongo's tempestuous relationship has been marred by persistent rumours of infidelity and breakup ever since their over-the-top and tacky reality TV wedding series, Somizi & Mohale: The Union that was filmed for MultiChoice's Showmax video streamer in 2020.
Somizi Mhlongo and MultiChoice are also mired in drama over allegations that he allegedly stole and plagiarised the idea for the Dinner at Somizi's TV series from another creative, Hastings Moeng.
Somizi Mhlongo in a statement last month said the public has now become "audience to what has sadly become a breakup between two people laced by defamation, false but very serious accusations and interference from supposedly close and reliable sources".
He said "I have never been physically or knowingly abusive towards my estranged husband. I vehemently deny the allegations of criminal acts towards him and would like to clear my name of the defamation".
Mohale Motaung in a statement said that the leaked BarLeader TV recordings that were made in conversation with a producer of Living the Dream with Somizi, was him "laying case to reason why I would not want the details of our divorce to be used in the upcoming season of the reality show as this would affect the complete truth and furthermore, did not want the details thereof to be used for financial gain".
Mohale Motaung reiterated the alleged abuse he suffered from Somizi Mohale, saying "I did, in fact, experience abuse at the hands of my estranged husband, both physical and psychological. It is not my wish to seesaw my experience against his as he only has his conscience to reckon with".
In January this year the South African National Editors' Forum (SANEF) slammed Somizi Mhlongo in a strongly-worded statement over his attacks on and insults levelled against journalists.
Somizi attacked journalists after reports about his alleged infidelity and crumbling relationship and a legal battle over the canned Dinner at Somizi's TV show, after he was approached for comment but declined to comment.
SANEF said that Somizi's "actions have aggravated what is already a hostile working environment, especially for women journalists. This is a direct attack on media freedom in the country. Worldwide similar attacks are being meted out on journalists with the intent to silence their voices, especially that of women and the stories they tell."
"SANEF calls on Somizi Mhlongo to unreservedly apologise to these journalists and the public on all his social platforms for his unbecoming behaviour. He must call on his followers to stop harassing and intimidating them. Further, we call on the journalists to lay charges of intimidation and for MultiChoice to officially distance themselves from Mhlongo's comments."
ALSO READ: Season 17 of Idols on Mzansi Magic switching to weekly guest judges after exit of Somizi Mhlongo.
ALSO READ: As Somizi Mhlongo abuse allegations swirl, Mzansi Magic doesn't tell DStv viewers on-screen about his upcoming absence as Idols judge; Mohale Motaung insists he 'experienced abuse both physical and psychological'.
ALSO READ: Somizi Mhlongo gone from Idols for now, exits Idols judge seat shortly after Metro FM gig following serious allegations of violent physical abuse.
ALSO READ: Somizi Mhlongo out at SABC's Metro FM after serious allegations of violent physical abuse, Idols role on M-Net's Mzansi Magic in jeopardy.
ALSO READ: In shocking leaked production recordings reality star Mohale Motaung accuses Idols judge Somizi Mhlongo of alleged violent physical abuse: 'Threatened to kill me with a kitchen knife'.
on 10:35:00 AM