Jodie Whittaker quits the BBC's Doctor Who as Thirteenth Doctor along with showrunner Chris Chibnall, will be seen in season 13 and 3 film-length specials in 2022. 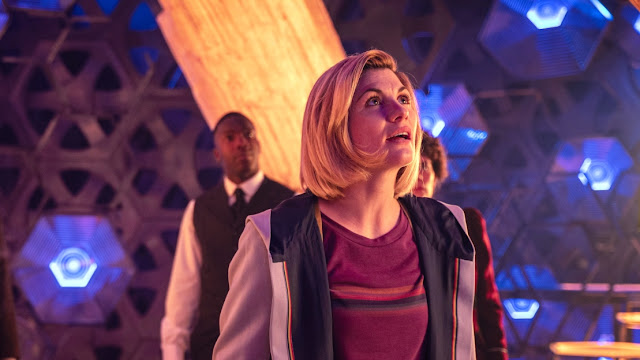 by Thinus Ferreira
Jodie Whittaker is leaving the British science-fiction series Doctor Who after the end of season together with showrunner Chris Chibnall who revealed in a BBC press release on Thursday that they both decided years ago that they will both quit after three seasons.
Jodie Whittaker will remain as the Thirteenth Doctor in season 13 and 3 feature-length specials in 2022.
The first of the three Doctor Who specials will be released on 1 January 2022, followed by a second episode a few months later. Jodie Whittaker's final appearance will be towards the end of 2022 to coincide with the BBC's Centenary celebrations.
Jodie Whittaker joined Doctor Who in 2017 as the Time Lord for the 11th season that was filmed in Cape Town and the surrounding area when MultiChoice's Showmax took over the African rights of the series from BBC Studios' BBC Brit channel on DStv, along with big hype for her first season in 2018.
After that BBC Africa and Showmax suddenly fell completely silent as the series completely disappeared after all the manufactured PR fanfare due to underwhelming viewership figures on Showmax, leaving fans stranded without answers or any options to continue watching it.
Jodie Whittaker was cast as the first female Time Lord by Chris Chibnall who in return replaced Steven Moffat’s shoes as the Doctor Who showrunner four years ago.
Chris Chibnall added Tosin Cole (Ryan), Mandip Mandip Gill (Yaz), as well as Bradley Walsh (Graham) as her new companions, and eventually also Sacha Dhawan as The Master and Jo Martin as the Fugitive Doctor.
"Jodie and I made a three series and out pact with each other at the start of this once-in-a-lifetime blast. So now our shift is done, and we're handing back the Tardis keys. Jodie’s magnificent, iconic Doctor has exceeded all our high expectations," says Chris Chibnall in the BBC press release announcing that he's quitting Doctor Who - an open secret inside Doctor Who fandom for months.
"Jodie's magnificent, iconic Doctor has exceeded all our high expectations. She's been the gold standard leading actor, shouldering the responsibility of being the first female Doctor with style, strength, warmth, generosity and humour."
"She captured the public imagination and continues to inspire adoration around the world, as well as from everyone on the production. I can't imagine working with a more inspiring Doctor – so I'm not going to!"
Olly Alexander has been widely rumoured to take over as the next Time Lord in Doctor Who when Jodie Whittaker's take on the doctor renegerates.
"Jodie Whittaker says "In 2017 I opened my glorious gift box of size 13 shoes. I could not have guessed the brilliant adventures, worlds and wonders I was to see in them."
"My heart is so full of love for this show, for the team who make it, for the fans who watch it and for what it has brought to my life".
"I cannot thank Chris enough for entrusting me with his incredible stories. We knew that we wanted to ride this wave side by side, and pass on the baton together. So here we are, weeks away from wrapping on the best job I have ever had. I don't think I'll ever be able to express what this role has given me. I will carry the Doctor and the lessons I've learnt forever."
Piers Wenger, BBC drama director, says "Over the last four years Chris and Jodie have made Doctor Who history and their time on the show is indelibly marked on our memories".
"From Rosa Parks to Ascension of the Cybermen, Chris and Jodie have given Doctor Who some of its most life-affirming and tear-jerking moments to date and we are beyond excited to see what they have in store for us in the new series this autumn."
"Jodie's final adventure to mark the BBC's Centenary in 2022 is set to be a Doctor Who Special to remember. I'd like to thank them both for their incredible work on the show."
on 6:36:00 PM