Financially struggling SABC blows R2.3 million on public relations agency PR Worx in a new contract to try and repair the broadcaster's image as it duplicates SABC communications boss Gugu Ntuli's existing internal team that doesn't have all the skills and resources. 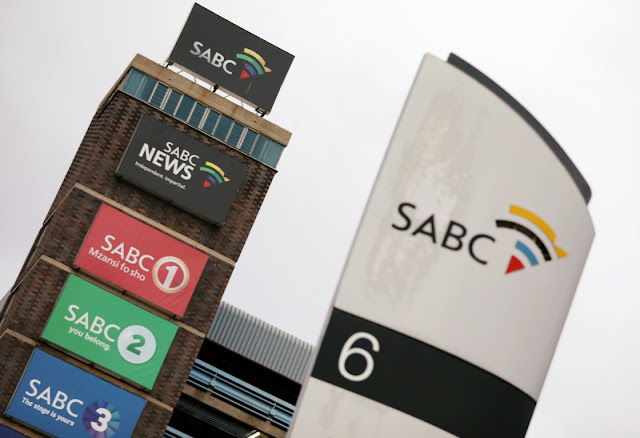 by Thinus Ferreira
South Africa's struggling public broadcaster that wants to retrench workers because of its absolute dire financial situation has splurged a shocking R2.3 million to pay the public relations agency PR Worx to clean up the SABC's dented image and damaged reputation, although the broadcaster internally has a fully-functioning corporate communications division and team.
According to South Africa's government, the SABC appointed PR Worx because the broadcaster's internal corporate communications team doesn't have all of the needed skills and resources.
Stella Ndabeni-Abrahams, South Africa's minister of communications and digital technologies, revealed that the cash-strapped SABC signed a new contract in July for R2.3 million with PR Worx for a year for so-called reputation management.
The IFP member of parliament Liezl van der Merwe why the SABC why it deemed it necessary to hire a PR company to do work for the SABC considering that the SABC does have an internal PR component and personnel.
Stella Ndabeni-Abrahams in a written reply answered that the SABC appointed PR Worx to "further add to the SABC's turnaround strategy, addressing and better managing its reputation and corporate image [that] is a priority for the broadcaster".
"The SABC therefore sought a suitably qualified and competent firm as the reputation management, corporate image building, and market research services that the SABC required were not available from an internal skill set and resource perspective," Stella Ndabeni-Abrahams said.
"All due diligence was performed and only when the SABC was satisfied that it had found a suitable service provider that understood the scope of work, and possessed the necessary experience to effectively execute the stipulated reputation mandate, was the contract awarded on 29 June 2020."
"The SABC then entered into an agreement with PR Worx as the agency of choice on 2 July 2020 for a 12-month period."
The SABC has a corporate communications division headed up by Gugu Ntuli, who got paid R767 000 according to the SABC's latest 2019/2020 financial report since her appointment from December 2019 as the SABC's group executive for corporate affairs and marketing.
Meanwhile, the SABC plans to retrench and wants to get rid of the entire group of programming publicists at its SABC1, SABC2 and SABC3 TV channels responsible for issuing schedules, publicity photography and programming updates to the country's press and to communicate with media.
It's not clear how the SABC plans to liaise with media about its TV shows without any publicists who all received retrenchment letters last month.
Last week, TVwithThinus asked the SABC why it wants to completely axe all publicists at all of its TV channels and why the SABC no longer sees this crucial job as important.
Gugu Ntuli said that "The current processes underway are exploring all options and I'm very certain that whatever has been tabled will be duly considered and the right structures will come into effect".
According to SABC insiders, who spoke on condition of anonymity, Merlin Naicker, the SABC's latest head of SABC Television, apparently wants "publicity" and marketing for all of the SABC's individual TV channels to shift to reside inside the corporate communications team headed up by Gugu Ntuli.
The understanding is that there would only be 2 media relations positions and a general, so-called "communications manager" or a job description to that effect.
It means that the SABC's corporate communications team would be made responsible for corporate communications, as well as SABC TV channels publicity and programming communication, that would all be done by just 3 or maximum 4 people.
ALSO READ: 'Wholesale burndown': Concerns growing over the South African public broadcaster's 'quite short-sighted' and 'arrogantly clueless' plan to get rid of all SABC TV channels' publicists in its retrenchment plan.
ALSO READ: SABC retrenchment plan to eliminate the broadcaster's corps of TV channel publicists who communicate about its content, job to be centralised under a marketing manager and few brand managers.
on 1:09:00 PM