MultiChoice and M-Net put Bolhuis back for broadcast on kykNET schedule after racism scandal. 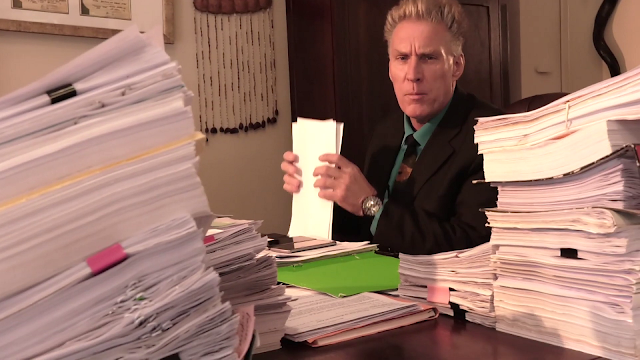 MultiChoice and M-Net have placed the show Bolhuis back on the kykNET (DStv 144) schedule with the canned show resurfacing a year after a racism scandal led the pay-TV service to abruptly drop its broadcast over highly offensive remarks and racist comments by the disgraced private detective Mike Bolhuis - including the "K"-word - that MultiChoice said was "unacceptable".

kykNET is suddenly once again going to broadcast Bolhuis, produced by Rian van Heerden, announcing that second season of the show will start on Thursday 15 October at 20:00.

It comes after a flurry of racist slurs and derogatory remarks made by Mike Bolhuis in audio recordings - including using the "k"-word - surfaced in mid-2019 from the private investigator and kykNET reality star.

Last year, just before the second season of Bolhuis was set to air, MultiChoice said in a statement that "Mike Bolhuis had conducted certain conversations in which he expressed himself in a discriminatory manner, which is unacceptable to MultiChoice".

"MultiChoice is committed to the building of a non-racial society and strongly condemns any acts of discrimination. In the circumstances, we resolved that programming in the second season of the Bolhuis series, in which Mike Bolhuis is the central figure would not be broadcast."

Now kykNET has quietly added Bolhuis back to its broadcast schedule with the programme and M-Net that will again earn money through it from DStv subscribers and advertisers, as well as further exposure to the detective.

kykNET in response to a media enquiry from TVwithThinus, asking why Bolhuis is now again going to be broadcast, said that "Following the public release of a voice note where presenter and private investigator Mike Bolhuis used derogatory language, he apologised to the public, the channel and the CEO of the MultiChoice Group".

Karen Meiring, director of M-Net's kykNET channels, says Mike Bolhuis "has taken steps in his personal life to not only reflect but use his platform to support and promote diversity and inclusion".

"One of these examples will be covered in an episode of the new season that will be broadcast on kykNET in October 2020. While the incident was indeed unacceptable and deplorable, his unconditional apology has been accepted."

In June this year kykNET was also in hot water when another reality star uttered the "k"-word which led to mom Jana le Roux's dismissal from the show after she uttered the racial slur in the Red Pepper-produced Kwarantyn Afrikaans reality show.

ALSO READ: kykNET pulls new second season of detective show Bolhuis shortly before broadcast as well as first season repeats from schedules due to unspecified contractual problems.
ALSO READ: As even more Mike Bolhuis racist slurs from the kykNET reality star surface including him using the 'k'-word, MultiChoice says it is still considering 'the reinstatement of the show'.
ALSO READ: MultiChoice canned the Bolhuis reality show on kykNET after investigator Mike Bolhuis used racist and derogatory language including the 'n'-word.
ALSO READ: After MultiChoice canned racist Mike Bolhuis' TV show on kykNET the private investigator starts a belated apology tour pleading for forgiveness: 'I used these terms in anger'.
on 12:11:00 PM